‘You have followed your heart down a difficult road. No master could ask for more.’ Then he smiles. ‘Nor any grandfather.’ (p 221)

Wednesday Weeks is ‘technologically challenged’ as her best friend Alfie puts it. For whatever she tries to do in class turns into a disaster involving fireballs and other dangerous developments. To add to her problems, her grandfather Abraham Mordecai Weeks has a habit of appearing whenever trouble strikes and he is hard to ignore with his hood, shadowy cloak and jewelled finger: ‘I am Abraham Mordecai Weeks, Protector of the Realms, Master of the Seven Transformations, Custodian of the Five Ungovernable Charms, ArchExcellency Order Enchanter, Wonder Warlock, and Black Belt Magician to the Queen’s Royal Order.’ (p 12) And, to top off these embarrassments, he insists on calling her his ‘Apprentice Protector’. The thing is that his appearances have happened many times before, although nobody at her school remembers them. But when he mysteriously disappears after encountering the evil Gorgomoth, the Goblin King, leaving her with his Ruby Ring, Wednesday is determined to rescue him, and her best friend Alie won’t let her go alone. Their quest leads them to several perilous realms and into encounters with frightening figures and seemingly impassable challenges. Their erstwhile sidekick Bruce, a snarky disembodied skull, adds to their adventures!

The novel is littered with fantasy concepts and devices and the world described is cunningly detailed. The Tower of Shadows in the Goblin Realm, the Tower of Unbearable Brightness in the Faery Realm, the Curtain of Forbidding, the Luminating Globe of Lost Tarimos, the Seven Stones of Saranon, the Sword of Reckoning, the pit of Extreme Discomfort, and an Invisibility Cloak (the Unseeable Robe of Malazar) all play their parts in this magical and hilarious work.

In this fast-paced fantasy adventure, Wednesday and Alfie are really ‘up against it’, but in a world of magic, can science actually save the day?

BEFORE & AFTER READING THE NOVEL The Ultimate Prize and a Deadly Trap: Read an Extract from Wednesday Weeks and the Tower of Shadows by Denis Knight & Cristy Burne Science, Magic, and Whacky Robots: Read our Review of Wednesday Weeks and the Tower of Shadows by Denis Knight & Cristy Burne 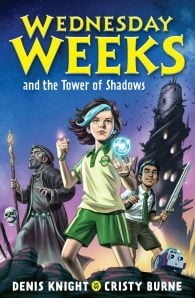 A seriously smart and funny new series about a reluctant sorcerer's apprentice who would rather study science than magic, which asks the question: In a world of magic, can science save the day? Perfect for fans of Nevermoor, Artemis Fowl and The Witching Hours. In a world of magic, can science save the day? Wednesday Weeks never wanted to be a sorcerer's apprentice. She'd rather study science than magic. But when her cloak-wearing, staff-wielding grandpa is captured by a power-hungry goblin king, Wednesday must find a way to embrace her magical heritage and rescue him from the dreaded Tower of Shadows. Luckily, she's not alone. Her best friend Alfie is a prime-number fan and robotics expert who's all-in on Wednesday's epic plan involving parallel universes, swords of power, and a wise-cracking talking skull. But it's going to take more than science, magic, and the world's cutest robot to take down this bad guy. Because the goblin king is playing for the ultimate prize - and Wednesday and Alfie just walked into his trap... 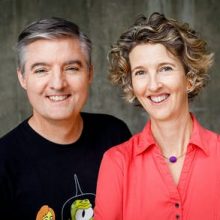 Science fiction and fantasy author Denis Knight is a computer programmer who grew up geeking out about the works of J.R.R. Tolkien, Terry Pratchett and Douglas Adams. He has also worked as a technical writer, a delivery boy, a tutor, and, for one glorious summer, a tour guide on Rottnest Island. His favourite foods are lasagna and donuts, and his favourite Arnie movie is Eraser. He knows how to ride a motorbike and use a chainsaw, although not both at the same time. He lives in Western Australia with his wife, his two children, and his extensive collection of The X-Files DVDs. He has never been stalked by a laundry kraken, eaten by space wasps or abducted by aliens - as far as he knows. 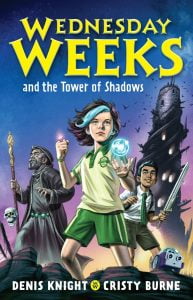 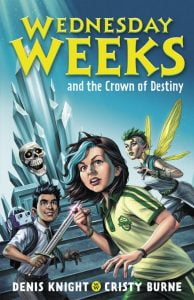 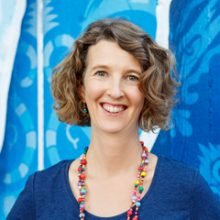 Cristy Burne grew up climbing trees, jumping drains, chasing cows and inventing stories. She has a passion for learning through doing and loves to inspire creativity, daring and resilience in her readers. Cristy is a children’s author and science writer with degrees in biotechnology and science communication. She has also worked as a science circus performer, garbage analyst, Santa’s pixie, and atom-smashing reporter. 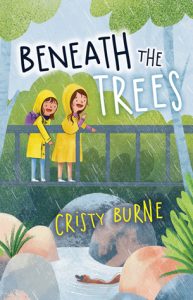