Bestselling children’s author Terry Denton is no stranger to funny facts – he’s practically built his career on discovering weird things and writing stories about them Terry’s latest book is Terry Denton’s Really Truly Amazing Guide to Everything, a handy and hilarious almanac of random knowledge for kids ages 8 and up. Reading this book is a side-splittingly funny journey through the universe and all the things you’ve always wanted to know.

Here are five of the coolest facts you’ll learn poring through the pages.

Humans and animals aren’t too different, after all

One of the biggest physical differences between humans and other mammals is fur – from lions to leopards, orangutans to ocelots, most mammals are covered in a thick, downy layer of hair that serves a number of purposes. But, did you know that once upon a time, humans had fur too!?

More than just the hair on our heads, we were once covered in the stuff, evidenced by one feature that still remains – goosebumps! These are the tiny muscles around your body hair tensing up, whenever you’re cold or experiencing strong emotions, such as fear or shock. A long time ago, goosebumps would also fluff up our fur to keep us warm, just like they do for many animals today.

The secret to eternal life . . . or staying young for longer

To paraphrase an array of famous songs, the concept of eternal life is pretty desirable, at least for some. Sadly, our mortality is just something we have to accept – that is, unless your name is Turritopsis Dohrnii! This unique breed of jellyfish can live forever, unlike any other species on the planet – how’s that for showing off?

Happy to settle for a sip from the fountain of youth? Well, it’s possible – but it just might kill you in the process (we’ll leave you to evaluate the finer points of this interesting contradiction). Did you know that the closer you move to the speed of light, the slower time passes, meaning you stay younger for longer? So, if anti-ageing’s what you desire, all you have to do is move really fast! Easier said than done, perhaps . . .

Handwashing was once a hassle for some

Nowadays, doctors are the ones telling you to wash your hands – but once upon a time, even they didn’t do it! Back in the middle ages, handwashing was a pretty foreign concept and many people refused to ever clean their paws. Doctors would unwittingly contaminate their patients with all sorts of germs whenever they were carrying out procedures, such as bloodletting. Oh, and did we mention that bloodletting involved sticking leeches on the sick patient and letting them do their thing, sucking away at your insides? Ew!

On toast, in a cake, even drizzled in a sauce or on a savoury dish, honey is a delectable touch of sweetness that many of us love to eat. But, now we’re telling you where it really comes from, you might not be so eager for a spoonful of honey in your morning tea. Here’s the truth – honey is, in fact, bee vomit! Well, sort of.

Here’s how it works – bees firstly collect nectar from flowers, where they swallow it and store it in their ‘honey stomach’. Then, when they’ve returned to their hive, they regurgitate the honey into a processor bee’s mouth, who later also brings it back up. Whether you think this process is gross or miraculous, I’m sure we can all admit that the stuff’s still pretty tasty, despite where it comes from.

The universe is truly limitless

One thing that you might take comfort in – or might make you feel an existential sense of dread, depending on your personality – is how tiny we all are. With over 7 billion people living on planet earth, we’re all practically blips in the grand scheme of things, and that’s just our tiny little neighbourhood. Not only are there many other planets, stars and scientific occurrences whizzing around the universe, there may in fact be MANY more! Plus, no one knows if the universe has an edge . . . meaning it just might go on forever.

Want more incredible facts according to the master of comedy, Terry Denton? Terry Denton’s Really Truly Amazing Guide to Everything is out now, available at all good bookstores. Learn it all: Read an extract of Terry Denton’s Really Truly Amazing Guide to Everything by Terry Denton

Funny and fascinating: Read our review of Terry Denton’s Really Truly Amazing Guide to Everything by Terry Denton Word search: Find hilarious and stimulating terms from Terry Denton's Guide to Everything 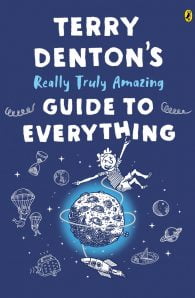 A mini book of facts packed with maximum humour! Sure to engage anyone from the ages of 8 to 80 (and beyond), this is a funny, fascinating whistle-stop tour of the history and science of the universe, life on Earth, the ins and outs of biology, geography, geology and the weather, how life evolved and how it works, and how people use chemistry and the forces of nature to create amazing things. There’s even a chapter on time! Get ready to laugh and be amazed. 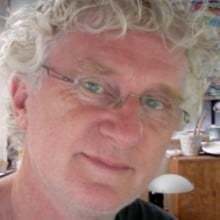 Terry Denton is an illustrator and the father of three children. His creative partnership with Andy Griffiths includes bestsellers such as the Just series, The Very Bad Book and the Treehouse series. He has also collaborated with Paul Jennings, Mem Fox, Natalie Jane Prior and Gillian Rubinstein. 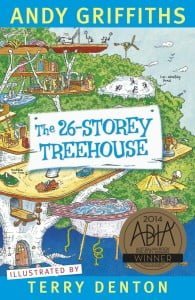 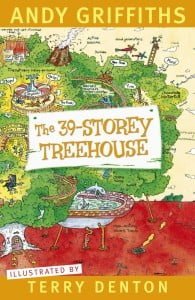 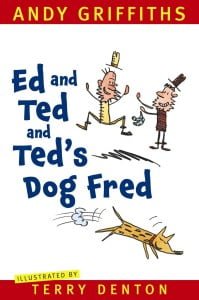 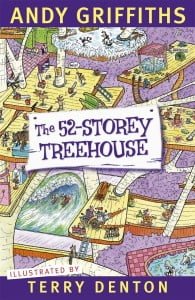 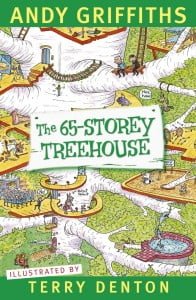 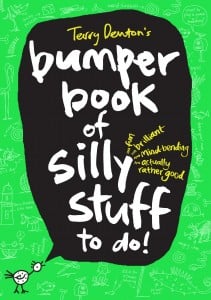 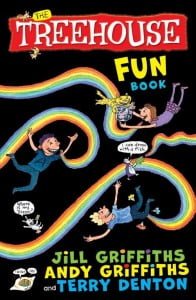 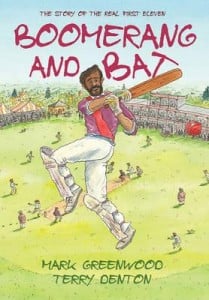 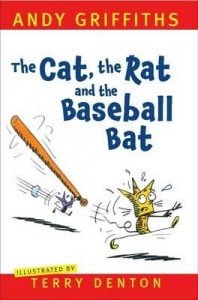