Book Review: In Other Words by Jhumpa Lahiri Celebrated author Jhumpa Lahiri was obsessed, possessed even, by the Italian language. Can you imagine? Teaching yourself a language from scratch and immersing yourself in it to the extent that you accomplish the mammoth task of writing a book in that language. This is what US writer Jhumpa Lahiri did and she outlines this journey in her beautiful memoir, In Other Words.

Why does Lahiri write in Italian? It starts as an idea and becomes yearning, and then takes over her life. Her passion for the language is expressed in sometimes extreme words:

“When you’re in love, you want to live forever. You want the emotion, the excitement you feel to last. Reading in Italian arouses a similar longing in me. I don’t want to die, because my death would mean the end of my discovery of the language.”

Lahiri was already an established, award-winning writer in English – best known for her Pulitzer Prize-winning Interpreter of Maladies and for the Man Booker-shortlisted The Lowland. Lahiri, though, needed a new challenge. She wanted to learn Italian and even moved to Rome, family and all, where she embarked on the  task of writing a book in the language.

Of course the hurdles Lahiri faced were great. Despite teaching herself Italian with native speakers near her home in Brooklyn and her immersion in the language when in Rome – becoming fluent – writing in the language was another matter. Writing in Italian, she lacked the authority she exercised in English, the thorough knowledge and context of correct vocabulary usage, the subtle distinctions between the various tenses and other complexities of language.

In this engaging memoir, Lahiri outlines her struggles to be a true speaker, and writer, of the language, and questions herself constantly, outlining her reasons and her shortfalls. She recounts all the various hurdles with honesty, sometimes frustration, often with love. She even comes to value what the limitations of writing in a new language can do to her writing – she is forced to think and write differently, she is restricted and this even enhances her creativity.

What makes her journey even more difficult – and for us the reader, more interesting – is that Italian is not Lahiri’s second language, but her third. Her Indian parents moved to the US after Lahiri was born and her mother, eager for her child to maintain her roots, spoke only Bengali at home,. At nursery she was first introduced to English – a ‘traumatic’ experience. From then on she always spoke English outside of home and Bengali at home – where she was scolded if she spoke English. So Lahiri has always felt that she neither belonged to one language or the other.

“Because of my divided identity, or perhaps by disposition, I consider myself an incomplete person, in some way deficient,” she tells us. “Maybe there is a linguistic reason–the lack of a language to identify with. As a girl in America, I tried to speak Bengali perfectly, without a foreign accent, to satisfy my parents, and above all to feel that I was completely their daughter. But it was impossible. On the other hand, I wanted to be considered an American, yet, despite the fact that I speak English perfectly, that was impossible, too. I was suspended rather than rooted.”

It’s remarkable then that she aims for perfection in a third language. Lahiri outlines her struggle when in Italy for acceptance in that language. She is frustrated, insulted even, when Italians see her as a foreigner despite her fluency in their language. Seeing her appearance, they will always assume she speaks English while her husband, who doesn’t speak Italian as well as she does, is often addressed in Italian because of his more Latin appearance.

Lahiri describes her project and her aims with the Italian verb sondare, meaning to explore, or to examine. It’s the perfect verb to describe Lahiri ‘s venture.

“It means, literally to measure the depth of something.” she says. “According to my dictionary the verb means ‘seek to know, to understand something, in particular the thoughts and intentions of others.’ It means methodical, stubborn research, into something that remains forever out of reach. A well-aimed verb that perfectly explains my project.”

Anyone who loves the strange idiosyncrasies of language, the nuances of translation, or anyone who has found themselves between two (or more) languages, will love this book. The English language translation – by Elena Ferrante’s translator Ann Goldstein – appears on the right hand side of each of this book, with the corresponding on the left of each page.

As well as a meditation on belonging and identity, In Other Words is a philosophical examination of the purpose of writing and a significant memoir of the writing life. 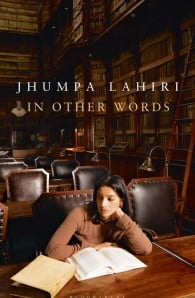 From the bestselling Pulitzer Prize winner: a stunning non-fiction debut, written in Italian: a memoir about her encounters living, speaking and writing in a language not her own - her most intimate, revealing and exciting book to date.In Other Words is a revelation. It is at heart a love story of a long and sometimes difficult courtship, and a passion that verges on obsession: that of a writer for another language. For Jhumpa Lahiri, that love was for Italian, which first captivated and capsized her during a trip to Florence after college. Although Lahiri studied Italian for many years afterwards, true mastery had always eluded her.Seeking full immersion, she decided to move to Rome with her family, for 'a trial by fire, a sort of baptism' into a new language and world. There, she began to read and to write – initially in her journal – solely in Italian. In Other Words, an autobiographical work written in Italian, investigates the process of learning to express oneself in another language, and describes the journey of a writer seeking a new voice.Presented in a dual-language format, this is a wholly original book about exile, linguistic and otherwise, written with an intensity and clarity not seen since Vladimir Nabokov: a startling act of self-reflection and a provocative exploration of belonging and reinvention. 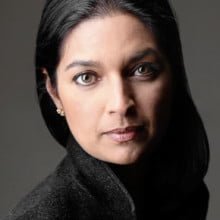 Jhumpa Lahiri was born in London and raised in Rhode Island. She is the recipient of a Guggenheim Fellowship. Her debut collection of stories, Interpreter of Maladies, was awarded the Pulitzer Prize for Fiction, the PEN/Hemingway Award and The New Yorker Debut of the Year. Her novel The Namesake was a New York Times Notable Book, a Los Angeles Times Book Prize finalist and was selected as one of the best books of the year by USA Today and Entertainment Weekly, among other publications. She lives in Brooklyn, New York. 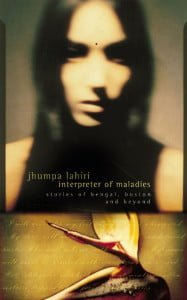 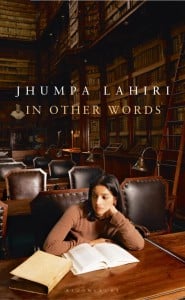