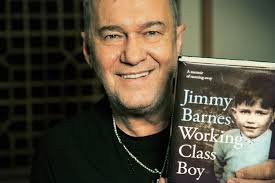 We’re all grown up now, aren’t we?

Those of us born before the turn of this stunning century, who grappled with our awkward adolescence in the 1970s and 80s, maybe even the 90s. We’re all grown up. Whatever it was that worried us as teenagers — our parents getting divorced, that boy who didn’t love us back, would we be able to get a job? — we survived it.

Yet it’s true, isn’t it: we’ll be driving along, maybe with our own bored teenagers in the back of the car, and we’ll come around a familiar bend, and this will come on the radio:

Listen now to the wind, babe

Listen now to the rain …

We’re felled, and hurtling back in time, to childhoods long gone. To an Australia that barely exists any more. To a place that was carefree, barefoot, and well-stocked with UDL cans and Winnie Blues. To country towns with tank water and pubs with wet T-shirt competitions. To making your own road kill. To a place where Cold Chisel — specifically, Don Walker, who wrote the lyrics, and Jimmy Barnes, who murdered them — reigned supreme. To this day, even and maybe especially when drunk, we can sing their songs with greater recall, and certainly greater conviction, than the national anthem.

Everything within its place

Just makes it harder to believe

That she won’t be around.

The affection with which these songs are now held is curious. For a while there, liking Cold Chisel — maybe Barnes especially — was confessing to maybe being a bit bogan. Now we’re older, we see what a gift it is to be born working class. Also, how those songs — Flame Trees, Bow River, Khe Sanh — are as elemental to the Australian character, as ghostly, as beautiful, as the gum tree.

To examine Khe Sanh, in particular, is to find literature with a unique sense of place. An Australia close to Asia, before that was Paul Keating’s idea:

From a jaded Chinese princess.

Cold Chisel gave to three generations the raw anthems of our youth, acknowledging the restlessness of the Australian male (“first set of wheels, I’m back in Bow River again”) as it rubbed against the responsibilities of manhood (those “fast suburban chains”) and the more generalised agony of unrequited love (“number three is never say her name”).

The character most commonly identified with these songs was the Chisel frontman, Barnes. Perhaps you saw him on the stage, vodka aloft, and wondered as to the source of his torment. Now we know. This week Barnes published a memoir, Working Class Boy. In the opening pages, he confesses to the difficulties he had in deciding to tell his story, saying: “It caused a lot of pain, sometimes for what I remembered, sometimes for what I didn’t want to remember.”

In the end he did it with two dogs — schnauzers, of all things — by his side, wagging their tails in encouragement.

Jimmy was a kid when his parents came to Australia, dirt poor and uneducated, from Glasgow. The family settled outside Adelaide in a prefab house that sagged in the heat. By the age of nine he was going out the window because that was safer than being at home, where his dad’s fists would fly.

“Mum would pummel him back, and end up battered on the floor,” he writes. The family’s poverty, fuelled in part by alcoholism, left Jimmy with “a constant sense of shame … we were just poor enough to feel ashamed of everything”.

As a young man, Jimmy sought to dissolve his humiliation in booze and promiscuity, bedding lonely girls, some of whom were hurting as much as he was. Cold Chisel — unbelievably when you consider Jimmy’s speaking voice — was his ticket out.

In the clip for Cho

ir Girl, recorded in 1978, Jimmy is clean-shaven, wearing in a linen suit. By the 1983 concert tour, The Last Stand, he was addled by alcohol. It has been an epic struggle to get free, and part of the reason he wanted to write this book was to apologise to those he hurt while truly lost. Jimmy’s friend, actor Sam Neill, recommends the memoir, saying: “It’s horrifying. It’s also tender. Vivid and brutal. Achingly honest.”

It’s all that. There’s also this: At 16, Jimmy met a girl called Kim. “I got the feeling that we weren’t that much different from each other. Just like me, she drank until she felt nothing at all,” he writes. They stayed out late together because ‘we didn’t have anything to go home for, and like me, she thought that if someone liked you for a little while, it was better than nothing.” Then she was pregnant and they had no idea what to do. “I think we were both hoping it would go away,” Jimmy writes, “but nothing goes away until you deal with it.”

They left it so long that even if they’d wanted another choice, there wasn’t one. Kim had the baby, a boy, and her mum raised him as her own, with Jimmy allowed to drop in occasionally, provided he pretended he was a family friend.

“The guilt added another layer of darkness into my life,” he says. “I had done the wrong thing again. I tried to pretend not to care.”

The ending to that story is a happy one: today that little boy is Nine Network star David Campbell, himself an immensely talented singer and a devoted family man. The chasm has been bridged. The cycle is broken.

As for Jimmy, he has been married to Jane for 35 years. He’s sober. He’s Grandpa Barnes.

But ah, who needs that sentimental bullshit, anyway. 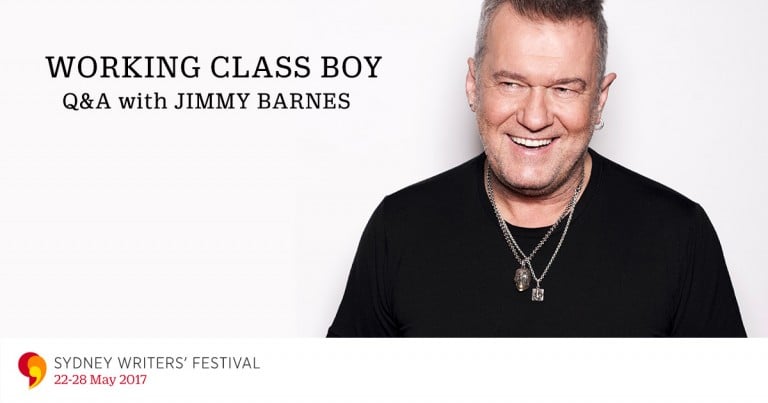 How Many Words Rhyme With G'nu? Jimmy Barnes' new poetry collection for kids 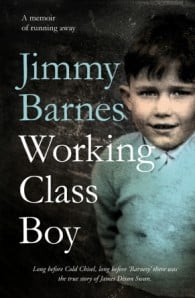 Long before Cold Chisel and Barnesy, long before the tall tales of success and excess, there was the true story of James Dixon Swan - a working class boy whose family made the journey from Scotland to Australia in search of a better life.Working Class Boy is a powerful reflection on a traumatic and violent childhood, which fuelled the excess and recklessness that would define, but almost destroy, the rock'n'roll legend. This is the story of how James Swan became Jimmy Barnes. It is a memoir burning with the frustration and frenetic energy of teenage sex, drugs, violence and ambition for more than what you have.Raw, gritty, compassionate, surprising and darkly funny - Jimmy Barnes's childhood memoir is at once the story of migrant dreams fulfilled and dashed. Arriving in Australia in the Summer of 1962, things went from bad to worse for the Swan family - Dot, Jim and their six kids. The scramble to manage in the tough northern suburbs of Adelaide in the 60s would take its toll on the Swans as dwindling money, too much alcohol, and fraying tempers gave way to violence and despair. This is the story a family's collapse, but also a young boy's dream to escape the misery of the suburbs with a once-in-a-lifetime chance to join a rock'n'roll band and get out of town for good.See our live interview with Jimmy below:https://www.youtube.com/watch?v=UJ0ntUadmXQ

Jimmy Barnes is a Scottish-born rock singer/songwriter who grew up in Adelaide. His career, both as a solo performer and as the lead vocalist of the legendary band Cold Chisel, has made him one of the most successful and distinctive artists in Australian music history. A prolific songwriter and performer, Jimmy has been a storyteller for more than forty years; sharing his life and passions with Australians of all ages at over ten thousand gigs throughout his adopted homeland. He has amassed more #1 albums in Australia than the Beatles.Jimmy has sold over 12 million albums and he has been inducted into the ARIA Hall of Fame twice. 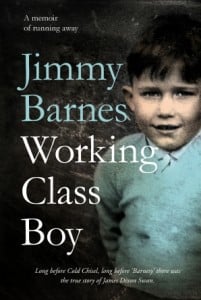 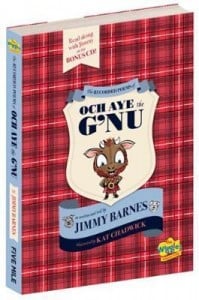 The Recorded Poems of Och Aye The G'nu 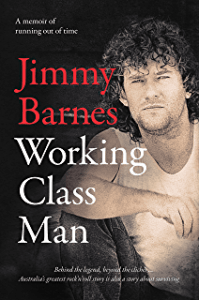 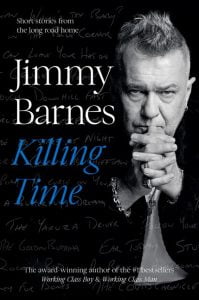