In a hot, dusty country town, a charismatic, loved priest calmly opens fire on his congregation, killing five parishioners in cold blood before being shot dead by a policeman.

A year later, journalist Martin Scarsden arrives in Riversend to write a story on the anniversary of the tragedy. But things don’t add up. Nothing he hears about the priest fits with the original version of the story, and some of the locals, angry at all the misreporting, urge him to find out the real reason behind the deadly rampage.

What has been really going on in Riversend? How can a man so universally loved suddenly commit a terrible act of violence? Can Scarsden find the truth? The odds are against him. He’s a complete outsider in a small, close-knit community that mistrusts strangers, the media even more.

In his first novel, Chris Hammer has delivered in spades. Once begun, Scrublands won’t let you go, the story spinning its deeply addictive weave around a set of very real characters b 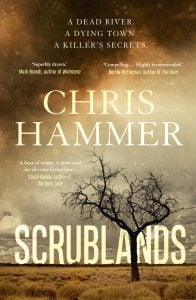 rought to life by a writer well used to weighing up people after working as a journalist for 30 years.

The central character, the reporter Scarsden, is another mirror of the author as a journalist – the emotional fall-out from assignments, the trudging up and down long dusty streets in small towns searching for leads, the delicate process of extracting information from people, the tangents – every answer leading to another question until the fragments form a whole. And the pressure, of not only getting the story but getting it first and recording it truthfully and accurately.

Before Scrublands, Hammer wrote a non-fiction book about the drought-stricken Murray Basin and those experiences have clearly spilled over into this book, helping him craft the setting for Scrublands with authenticity, compassion and some tongue-in-cheek humour, like this description of Riverend’s Black Dog Motel: ‘…fluorescent tube for a light, a sagging bed with a brown spread, the chemical stench of air freshener, a grunting bar fridge and a clanking air-conditioner…’

Riversend, is a small, brooding country town of the kind that you always drive straight through and can’t put behind you quickly enough. Slowly being strangled by drought, its main street is almost a ghost town with many businesses closed, boarded up and a sad op shop full of things no-one will ever buy. The setting, from the sky to the weather and the economic gloom, looms large over the story, reminiscent of the scorching heat and small town setting of The Dry.

(If my memory serves me correctly, which it doesn’t always, the only thing I found missing from Chris Hammer’s Riversend was a dog. Thought all small towns had at least one).

The mystery of Scrublands begins in a blaze of bullets and with a simple enough mystery: why did a witty, charming man of the cloth murder a group of locals in cold blood? But it’s like a bottomless pit – the more Scarsden digs, the more puzzles emerge. A breakthrough only always leads to another question. Like all good crime, Scrublands is delightfully dense, a gorgeously tricky plot, never pushing beyond the bounds of reality. The characters are a part of the puzzle themselves, easy to misjudge mainly because like most people, they have something to hide.

There is the full spectrum of human nature in Scrublands, from best to worst – evil, good, and everything in between including people who are simply doing their best and failing at times.

Again, in the tradition of crime we love to read, the twists continue to wow right up until the final pages. Not surprisingly, Scrublands has attracted an international buzz, selling to the US, UK, Germany, France and Russia and plans are afoot to turn it into a television series.

As one bookseller commented, Scrublands is another sign we are in a Golden Age of Australian crime. Reading it is a pulsating, intense experience, not to be missed. 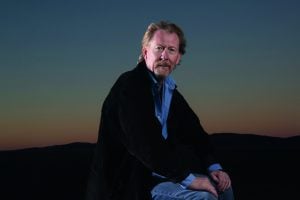 Purchase a copy of Scrublands here 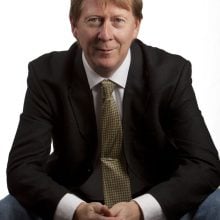 Chris Hammer was a journalist for more than thirty years, dividing his career between covering Australian federal politics and international affairs. For many years he was a roving foreign correspondent for SBS TV's flagship current affairs program Dateline. He has reported from more than 30 countries on six continents. In Canberra, roles included chief political correspondent for The Bulletin, current affairs correspondent for SBS TV and a senior political journalist for The Age.His first book, The River, published in 2010 to critical acclaim, was the recipient of the ACT Book of the Year Award and was shortlisted for the Walkley Book Award and the Manning Clark House National Cultural Award.Chris has a bachelor's degree in journalism from Charles Sturt University and a master's degree in international relations from the Australian National University. He lives in Canberra with his wife, Dr Tomoko Akami. The couple have two children. 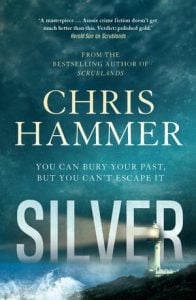