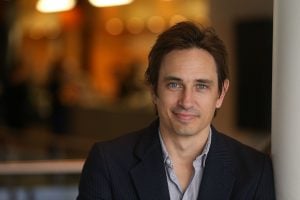 What made you decide to write about your own life in Boy Swallows Universe? When did you realise this was a story you wanted others to hear?

There were a hundred things I wanted to write before this. Things set in different times and distant places; stories so comfortably removed from the strange, dark and beautiful world of my own past. But I just could never get past the fact some of the most interesting characters I’ve ever met were the five people outside my bedroom doors growing up. At some point – maybe over coffee in Brisbane in late 2016 with Catherine Milne, Head of Fiction at HarperCollins Australia – I just said, ‘Blow it! Just do it. Let the narrative chips fall where they may and let the universe decide how it feels about the life of Trent Dalton and the people he loves the most’. I thought there were things inside that story – amid the horrors – that could offer something to all those people on the fringes of our beloved Australian cities who find themselves in the same dark holes as the people in the book, and I don’t just mean the isolation cell that Eli Bell’s strange mentor Slim Halliday occupies in Boggo Road Gaol. I mean the holes we all find ourselves in sometimes, holes that don’t have visible walls but still have walls that close in. The houses in the book, the themes, the people, the horrors, the wonders, the magic, the love in the book is all straight from my own thin glass heart and soul.

How did it feel to write about your life? Was it easy, difficult, cathartic…?

It was deeply cathartic. My beloved three older brothers and I never really talk about the rollicking story of our shared youths. Not because we can’t, but because it’s such a distant universe to us now. We’re all loving fathers who were saved and soothed by good women and magical children and that universe was something just to laugh at and shake your head at over a quiet beer. But that universe gave us so much to learn from; so much wisdom and strength was gained from that world for us. The writing was easy. It was someone else writing. Maybe it was entirely written by this fictional 13-year-old boy that I’ve come to love for the strength he has that I never did possess: Eli Bell. I’d go down to the rumpus room between 8pm-10pm each night and slip into that dear kid’s worn Dunlop Volleys and let that kid’s lightning strike the blank white pages of a Windows Surface Pro. The hard part was making sure not a single person in my family was uncomfortable with what that kid wrote. If, by the end of those 470 pages, any member of my family felt worse by the final page than the first, then the story was going in the bin. Simple as that. So you can imagine my elation when these people I love dearly read it and call me back saying, “Go. For. It. This. Is. Something. Bigger. Than. Us.” Then my mum said the most touching thing I think I’ve heard her say to me. “It’s beautiful. Don’t change a word.” Thanks Eli.

Boy Swallows Universe is a pretty heartbreaking story in parts. What is the first book that made you cry?

Charlotte’s Web by E.B White. I was deeply entranced by it in about Year 3 at school when our teacher read it to us and I would have been too much of a walking fence post back then to realise that beautiful spider was opening my brain to things I love in storytelling today: perspectives, worlds within worlds, compassion, friendships formed in the most unlikely places. Then dear wise Charlotte goes up to the big web in the sky and young me realises that we can die and live on at the same time.

If you could tell your younger writing self anything, what would it be?

Remember to write with all of your five senses. What does this moment feel like? What does the room you’re in smell like? What do her lips taste like? What does it sound like when your mother is weeping? Write about all those five senses enough, then you just might develop that rare sixth that your heroes Cormac McCarthy and John Steinbeck and Philip Roth have developed. That deeper sense inside and out that goes beyond this universe into the realms of the soul. And also: “When are you going to learn the correct use of affect and effect you buffoon?” 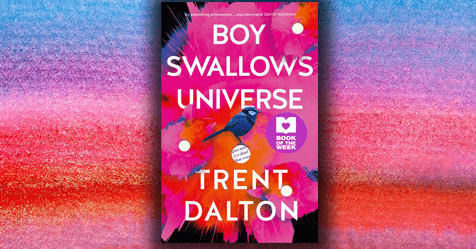 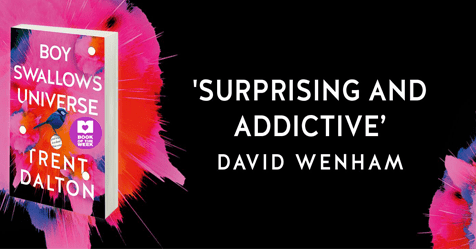 The bestselling novel that has taken Australia, and the world, by storm. Winner of Book of the Year at the 2019 Indie Book Awards, winner of a record four Australian Book Industry Awards in 2019, including the prestigious Book of the Year Award, and winner of the 2019 UTS Glenda Adams Award for New Writing, NSW Premier's Literary Awards. Brisbane, 1983: A lost father, a mute brother, a mum in jail, a heroin dealer for a stepfather and a notorious crim for a babysitter. It's not as if Eli's life isn't complicated enough already. He's just trying to follow his heart, learning what it takes to be a good man, but life just keeps throwing obstacles in the way - not least of which is Tytus Broz, legendary Brisbane drug dealer. But Eli's life is about to get a whole lot more serious. He's about to fall in love. And, oh yeah, he has to break into Boggo Road Gaol on Christmas Day, to save his mum. A story of brotherhood, true love and the most unlikely of friendships, Boy Swallows Universe will be the most heartbreaking, joyous and exhilarating novel you will read all year. 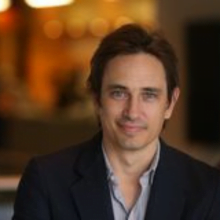 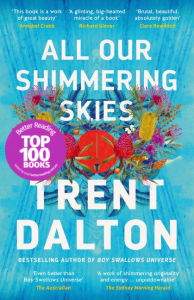 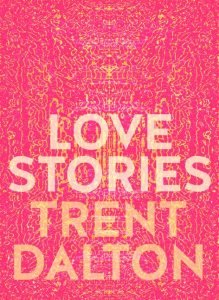