Desire and Conflict in Penny Vincenzi’s A Question of Trust If you love a story that fully immerses you in another world, you can’t go past Penny Vincenzi’s A Question of Trust. It’s been dubbed ‘seductively readable’ by The Times – and we recommend this flashback to the 1950s for all escape lovers.

This epic page-turner tells the story of Tom Knelston and Diana Southcott, acquaintances from way-back-when who continue to cross paths in critical times in their lives.

The story begins in 1936, jumping straight into Tom and Diana’s first meeting: ‘Tom Knelston was very fond of saying that the first time he met Diana Southcott he had been up to his waist in shit’. We see Tom forge his path in politics while falling deeply in love with Laura. At the same time, Diana struggles with suitors and chooses to marry without a spark for social status.

A plethora of characters weave into the story – some playing major and others minor parts in Tom and Diana’s lives – and as the years draw closer to the 1950s, the drama and complexity grows. There’s a helpful character list at the front of the book that spans four pages.

The reader starts to question exactly when it was that the characters had changed from being likeable and charming, to rubbing you the wrong way. It’s a great effort from Vincenzi to capture that feeling of ‘how did we get here’ when it’s all been under your nose the whole time.

The joys of discovery take a sinister and unexpected turn halfway through the novel when Tom has to make a life-changing choice with potentially devastating effects on his family and future.

Later in their lives and after years of zero contact, Tom and Diana cross paths again. Diana has become a glamorous international model, and the two begin a furtive affair, despite their moral resistance and their partners. Tom is prioritising his political career and time with Diana over his family – so when his son falls wildly ill, he must reassess everything and decide what he really cares about.

While loyalty is the main theme of A Question of Trust, the large cast of characters allows Vincenzi to explore the values and attitudes of the 1950s, with sub-plots around sex and sexuality, class, and the role of women as workers and mothers.

From courtships to weddings, births to funerals, you see every phase of life staged in the past but read through the lens of the modern day.

Penny Vincenzi is one of the UK’s best-loved and most popular authors. Since her first novel, Old Sins, was published in 1989, she has written seventeen bestselling novels, most recently A Perfect Heritage, The Decision, and the Sunday Times number one bestseller The Best of Times.

Her first ‘proper’ job was at the Harrods Library, aged sixteen, after which she went to secretarial college. She joined the Mirror and later became a jounliast, writing for The Times, the Daily Mail, and Cosmopolitan amongst many others, before turning to fiction. Several years later, over seven million copies of Penny’s books have been sold worldwide and she is universally held to be the ‘doyenne of the modern blockbuster’ (Glamour). 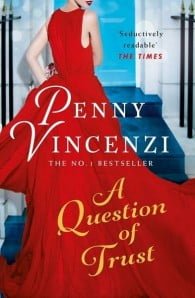 When a man is faced with a dilemma that threatens his principles, his reputation, his marriage and a child, what choices will he make?A Question of Trust is vintage Penny Vincenzi: rich with characters, life-changing decisions, love, desire and conflict.1950s London. Tom Knelston is charismatic, working class and driven by ambition, ideals and passion. He is a man to watch. His wife Alice shares his vision. It seems they are the perfect match.Then out of the blue, Tom meets beautiful and unhappily married Diana Southcott, a fashion model. An exciting but dangerous affair is inevitable and potentially damaging to their careers. And when a child becomes ill, Tom is forced to make decisions about his principles, his reputation, his marriage, and most of all, his love for his child.About the AuthorPenny Vincenzi is one of the UK's best-loved and most popular authors. Since her first novel, Old Sins, was published in 1989, she has written several bestselling novels, including The Decision and A Perfect Heritage.Over seven million copies of Penny's books have been sold worldwide and she is universally held to be the 'doyenne of the modern blockbuster' (Glamour).Penny Vincenzi has four daughters, and divides her time between London and Gower, South Wales. 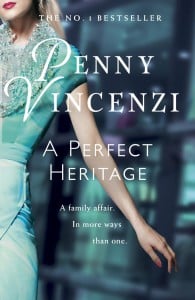 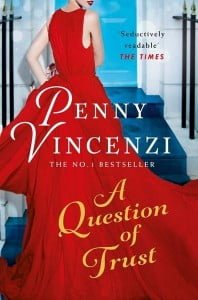 A Question of Trust