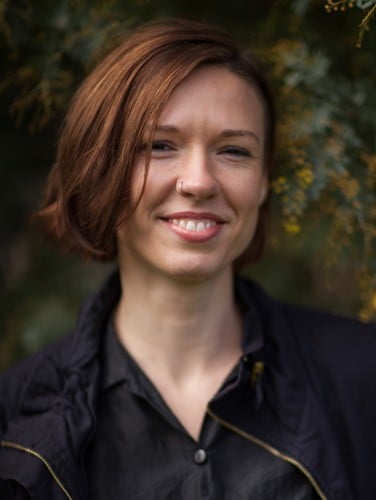 It’s been an exciting – though busy – year for first-time novelist Emily Bitto. She is running the bar she opened with her partner in Melbourne and she has won one of Australia’s prominent literary prizes, the Stella, for her debut novel, The Strays.

The Strays is set in the 1930s and is about an lonely only child, Lily, who is drawn into the orbit of an artistic circle in Melbourne. Lily becomes infatuated with the bohemian Trentham family despite their failing fortunes and she  longs to become part of the group.

The Stella Prize  is a major new award (established in 2013) that aims to celebrate books by Australian women. Like the Miles Franklin literary award, it’s named after after one of Australia’s iconic female authors, Stella Maria Sarah ‘Miles’ Franklin, but is open only to women writers with its aim of promoting women’s writing. We spoke to Emily Bitto about winning the prize and what a women-only prize means to her:

Better Reading: Now that winning the Stella Prize earlier this year has had time to sink, can you tell us if winning the award has brought any significant changes for you?

Emily Bitto: Winning the Stella Prize has brought some really significant changes in my still-early career as a writer. Firstly, it has had a huge impact on sales. In the first fortnight after winning the prize, The Strays sold approximately as many copies as it had in the entire preceding year! I’ve also had offers from publishers in both the U.S. and Canada as a direct result of winning the prize. Those are just the most obvious impacts of the prize, but the less tangible ones – for example, the impact on the way my writing will be read now, and the increased interest in the next book – are just as important, especially for a debut author.

BR: There’s a lot of talk of men having been overrepresented in literary awards, particularly the Miles Franklin. How important do you think it is that there are awards – such as the Stella – that celebrate Australian women’s voices?

EB: I think it’s very important to have prizes such as the Stella. Not only to give the winner the opportunities that the prize has given me, but to draw attention to the gender bias that exists within the literary world and to stimulate dialogue about this issue in the public sphere. The Stella Prize has done that incredibly effectively in its three years of existence. As well as the prize, they have the Stella Count, which tallies things like the percentage of reviews in major newspapers that are devoted to the works of female authors, and the Stella Schools program, which lobbies for the inclusion of more female authors on school curricula. I see all of these things as absolutely essential strategies in achieving long-term change in terms of equal representation of female writers across the board.

EB: There are so many Australian authors I admire! Among the classics, I particularly adore Patrick White and Christina Stead. Among more contemporary writers, David Malouf, Helen Garner, Drusilla Modjeska, Michelle de Kretser, Robert Dessaix, Christos Tsiolkas, Tony Birch, Richard Flanagan, Chloe Hooper… I love a lot of Australian poets, too. Too many to list, really, but some of my favourites include Judith Wright, David Malouf (again), Judith Beveridge, Anthony Lawrence, Bronwyn Lea, Sarah Holland-Batt, Bonny Cassidy, and the relative newcomer, but incredible talent, Zoe Dzunko. There are also a lot of really exciting new fiction writers in Australia. I’ve loved reading Ellen Van Neerven, Chris Somerville, Omar Musa, Abigail Ulman, Liam Pieper, Maxine Beneba Clarke, Ceridwen Dovey… When I was a teenager, I actually thought I didn’t like Australian fiction, because of the books I was exposed to at school. But I certainly don’t feel that way anymore. I do think it’s a particularly vibrant time in Australian literature, too, and I feel very lucky to be a part of it.

BR: Your novel, The Strays, has a historical setting. Can you tell us what inspired you to write about this period – the 1930s – in Australia?

EB: I was really fascinated by that period because of the huge disjunction between the incredible newness and experimentation that was going on in the art world, particularly under the influence of European modernism, and the very conservative mainstream culture of the time. Artists faced real, serious consequences for the choices they made in terms not only of subject matter but the way they painted. Modernism was very much frowned upon in the mainstream art word, and artists could be shut out of all kinds of opportunities if they engaged with it. There were also a lot of obscenity trials at the time, so it was a very censorious culture. Artists today just don’t face these kinds of threats, or not in Australia at least. I imagine it would have been a difficult, but also an incredibly invigorating time to have been an artist in. There would have been a sense of participating in something genuinely new and revolutionary. Artists don’t have that either today, in my view.

BR: Can you tell us a little bit about what you are working on next?

EB: I’m pretty superstitious about discussing what I’m working on before it’s finished, but I will say that, unlike The Strays, the next book will be very contemporary in setting and subject matter…

Read more: See The Guardian’s review of The Strays. Stella Prize 2016: And the Winner Is Charlotte Wood for The Natural Way of Things 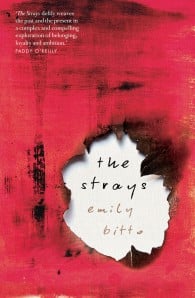 On her first day at a new school, Lily befriends one of the daughters of infamous avant-garde painter Evan Trentham. He and his wife are trying to escape the stifling conservatism of 1930s Australia by inviting other like-minded artists to live and work at their family home. Lily becomes infatuated with this wild, makeshift family and longs to truly be a part of it.As the years pass, Lily observes the way the lives of these artists come to reflect the same themes as their art: Faustian bargains and spectacular falls from grace. Yet it’s not Evan, but his own daughters, who pay the price for his radicalism.

Emily Bitto has a Masters in Literary Studies and a PhD in Creative Writing from the University of Melbourne, where she is also a sessional teacher and supervisor in the creative writing program. The manuscript of her debut novel, The Strays, was shortlisted for the 2013 Victorian Premier’s Literary Award for an Unpublished Manuscript. 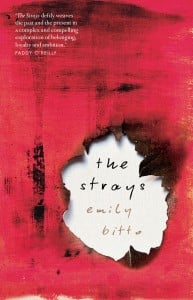