James Porter was no angel.  He was a good sailor, a fine singer …and a self-serving scoundrel and opportunist.  Sentenced to death in 1822 for stealing beaver furs and silks (later commuted to transportation for life), Porter hated authority and refused to be tamed.  His back bore the scars of 300 floggings, his wrists and legs, the brands of iron chains. Yet, pain and punishment seemed to mean nothing to him.

What Police Prisoner 324 couldn’t accept was servitude and the brutal monotony of everyday life in one of His Majesty’s most notorious penal colonies  – a ‘hell on earth’ – in Van Diemen’s Land.  All he wanted was his freedom.

Finally in 1833, after 10 years as a convict and many failed solo escape attempts, Porter and nine other convicts seized the ship they were building to take them to a new penal settlement at Port Arthur and sailed 6000 miles away to Chile.

This incredible voyage, with only four men who were actual sailors, no navigator and a green-timbered, leaky boat more suited to hugging coastal waters than braving the mountainous seas of three oceans, is one of the greatest escapes in Australia’s colonial history and the subject of Sydney-based writer and journalist, Adam Courtenay’s latest non-fiction book, The Ship That Never Was.

Courtenay, who happens to be the son of one of Australia’s best-loved authors, the late Bryce Courtenay, loves a ripping yarn.  His first book, published in 2013, was Grand Mistresses of the Amazon: The Conquistadors’ First Contact with Warrior Women of the River.

The Ship That Never Was is his fourth adventure into history, and while it may have a less catchy title than the first, it’s no less rollicking a tale. Following his father’s advice that all ‘good books revolve around character’, Courtenay has placed Porter, a small, one-eyed Cockney convict, at the heart of it.

Courtenay first heard of James Porter back in the 1990s when an actor friend played the role of Porter in The Ship That Never Was, a play written by Richard Davey, that’s become Australia’s longest running play, performed nightly in Tasmania from its debut to present day.

‘From that moment on I thought about how to put a book together,’ says Courtenay.

Drawing heavily on the three memoirs written by Porter and a prodigious amount of research, Courtenay immerses readers in Police Prisoner 324’s felonious doings from his earliest days thieving to finance his love of theatre, to running arms off the Peruvian coast, to transportation from England to Van Diemen’s Land where the 21-year-old’s addiction to thrills and schemes plunge him deep and deeper into trouble.

Under the cruel penal code of Governor George Arthur, which saw convicts rise or fall according to their conduct, Porter is whipped, clapped in irons, thrown into a solitary cell and sent to work on a chain gang until he falls the farthest a man can fall: banished to the ends of the earth at Sarah Island where the ‘incorrigible’, irredeemable and depraved’ are abused with impunity and put to work building ships and cutting timber.

It is the anguish and observations contained in Porter’s memoirs that historian Marcus Clarke embellished and wove into his dramatic, fictionalised book, For The Term of His Natural Life, published 50 years ago.  By contrast, Courtenay, shines a historian’s light on the reality of the times be they the plight of the poor in Britain; Governor Arthur’s corruption and treatment of the local Aboriginal people, in whose dispossession and genocide he was complicit; and the dichotomy of Porter’s personality that saw him react with obedience and compliance when shown kindness and respect, and with rebellion and self-sabotage when faced with brutality and monotony.

Courtenay’s popular history takes us beyond the remarkable voyage of Porter and his motley crewmates to Chile (where the men are feted as heroes and and hunted down by the British) and back to Hobart Town where Arthur wants them strung up as ‘pirates, thieves and mutineers’ though  the locals are more inclined to see them as ‘Robin Hoods of the high seas’.

Porter was no saint and his final days make sobering reading. However, Courtenay makes his rollercoaster, incorrigible life into an entertaining read sure to appeal to colonial history buffs, sailing enthusiasts and those who believe in the indomitable endurance of the human spirit. 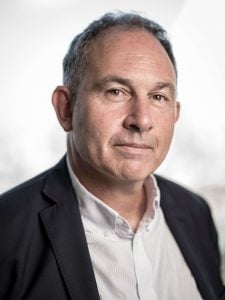 Adam Courtenay is a Sydney-based writer and journalist.  He has enjoyed a long career in newspapers in the UK and Australia and has written three non-fiction books on the Amazon.  His first, Grand Mistresses of the Amazon: The Conquistadors’ First Contact with Warrior Women of the River, was published five years ago when he was 49.  (His father, bestselling novelist Bryce Courtenay, wrote his first book, The Power of One, aged 56). Courtenay Jnr has no plans to write fiction and his fourth book, The Ship That Never Was,  marks him as an exciting new voice in popular history. 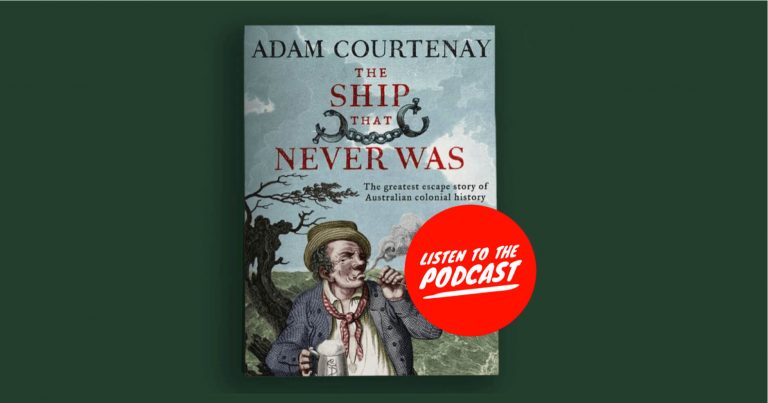 Podcast: The next in line with Adam Courtenay 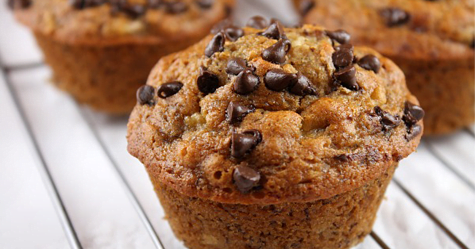 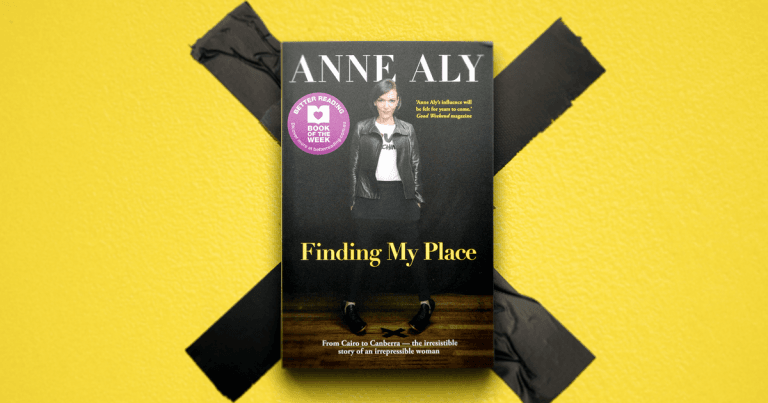 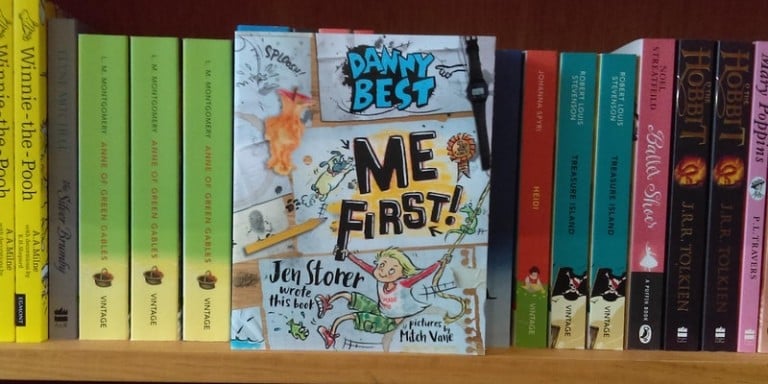 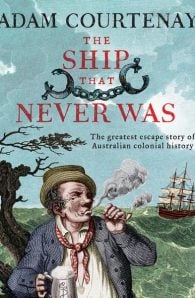 In 1823, cockney sailor and chancer James Porter was convicted of stealing a stack of beaver furs and transported halfway around the world to Van Diemen's Land. After several escape attempts from the notorious penal colony, Porter, who told authorities he was a 'beer-machine maker', was sent to Sarah Island, known in Van Diemen's Land as hell on earth.Many had tried to escape Sarah Island; few had succeeded. But when Governor George Arthur announced that the place would be closed and its prisoners moved to the new penal station of Port Arthur, Porter, along with a motley crew of other prisoners, pulled off an audacious escape. Wresting control of the ship they'd been building to transport them to their fresh hell, the escapees instead sailed all the way to Chile. What happened next is stranger than fiction, a fitting outcome for this true-life picaresque tale.The Ship That Never Was is the entertaining and rollicking story of what is surely the greatest escape in Australian colonial history. James Porter, whose memoirs were the inspiration for Marcus Clarke's For the Term of his Natural Life, is an original Australian larrikin whose ingenuity, gift of the gab and refusal to buckle under authority make him an irresistible anti-hero who deserves a place in our history. 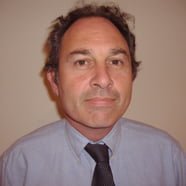 Adam Courtenay is the son of Australia's best-loved storyteller, Bryce Courtenay. He is a Sydney-based writer and journalist who has had a long career in the UK and Australia, writing for papers such as the Financial Times, the Sunday Times, the Sydney Morning Herald, The Age and The Australian Financial Review. 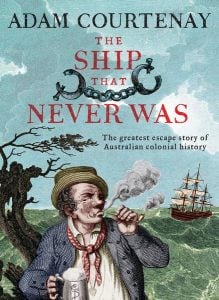