Gwen Wilson on Writing a Brave and Confronting Memoir 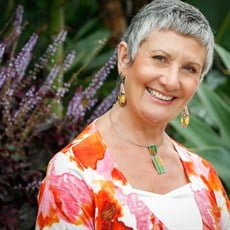 Gwen Wilson has written a fearless memoir. She was a teenager in the 1970s, growing up in Western Sydney. It was a tough childhood. She didn’t know her father, and her mother was in and out of psychiatric hospitals. Despite it all though, she had hope and she was a good student, fighting hard for a scholarship and a brighter future. Until she met Colin and endured rape, teen pregnancy and enforced adoption. In this gritty memoir,  she details the despair she sometimes faced, and how she ultimately overcame it. We talk to Gwen Wilson about how she wrote this remarkable book, I Belong to No One.

1. I Belong to No One is a very personal memoir of your experiences of rape, domestic abuse and poverty. It must have been extremely difficult to write about – can you tell us a little about what spurred you to open up with such personal experiences?
In short, I didn’t know what I was doing. I wrote everything I remembered, the good times and the bad times, chronologically, without a story outline. Readers should keep in mind that my life was ordinary in my eyes – I didn’t know another one. I was basically writing about how I’d played the hand I’d been dealt, without any self-censorship, never daring to dream I would be published, at least not in the creation phase!

When I realised the story arc, I edited accordingly. It was not until people started telling me how brave I was to open up, that I starting asking myself, “What have I written?” Then, when I saw the final book, I understood why people might find it confronting.

2 . We are increasingly becoming aware of just how much domestic violence is an issue in Australian society right now and Rose Batty as Australian of the Year has done much to keep it in the public consciousness. How important is it that we keep talking about these issues?

Workers active in the domestic violence arena have been talking about its prevalence in our society for the last twenty or thirty years. The role that Rose Batty has played is important in raising the profile and it is important for us to continue to talk more openly and widely about the problem. However, nothing will change unless all of us are prepared to listen and act.

3. How long have you been writing for and when did you decide to write this memoir?

You could say that I Belong to No One took thirty years to create: twenty to live it, and ten to write it.

Version 1 started in 2005. I wanted it to be a tribute piece to all my early supporters, without whom I would not have grown into such a strong and resilient woman.

I started writing in earnest in 2008, when my cousin’s sudden death coincided with me chancing across this quote from Sandra Day O’Connor:

“We don’t accomplish anything in the world alone, and whatever happens is the result of the whole tapestry of one’s life and all the weavings of individual threads from one to another that create something.”

4. Has writing about your experiences been a cathartic process for you?

I suspect it is a commonly held belief that writing personal stories is a cathartic experience that allows a release of long held-back emotion, or makes sense of a recent trauma, or allows the author to “vent”, to “get something off their chest”.

That was not my experience. In I Belong to No One I tell the story of my first twenty years, a story I have lived with all my life and spoken freely of in conversation and at various forums since my mid-20s. If there was ever a point in my life where I felt that I could not move forward with my life until I exorcised those ghosts – and I don’t feel that there was – I had passed that place by the time I started to write. On the other hand I didn’t feel as if I had put everything behind me and locked it away, so I didn’t need to unearth secrets in order to write.

5. Do you have plans to continue writing? If so, could you tell us a little about your next book?

I made several discoveries while researching I Belong to No One, the most astounding being that the last legitimate birth on my maternal line was my great-grandmother, Louisa, in 1854. She came from a good family, yet died in an asylum for destitute people. There is a scene in I Belong to No One where I am threatened with losing custody of Jason because I have committed adultery. Then I discovered that in 1890 Louisa lost custody of her first two children for precisely that reason. Louisa’s next child died in a mental asylum in Sydney in the 1920s.

I came to the conclusion that whereas I Belong to No One is the story of a young girl who triumphs over adversity, despite being born in tough circumstances, Louisa’s is the other way around, and that the echoes of her story carried on to my grandmother, my mother, and ultimately on to me.

I would like to tell the story of these women as historical fiction.

6. Which Australian writers do you most admire?

In the time I have been writing I Belong to No One, I have concentrated mostly on reading memoir, with historical fiction for “fun”. Recently, there have been some stand-out reads, the ones where certain scenes in the book stay with you long after you have read it: The Secret River and Searching for the Secret River by Kate Grenville, and The Ghost at the Wedding by Shirley Walker. The two which impacted me most while in the creation phase were A Fence Around the Cuckoo by Ruth Park, and An Angel at My Table, by (New Zealand author) Janet Frame.

As told to The Better Reading Team 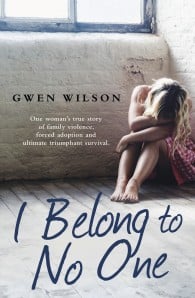 A teenager in the 1970s, Gwen Wilson grew up in Western Sydney. It was a tough childhood. Illegitimate, fatherless - her mother in and out of psychiatric hospitals; it would have been easy for anyone to despair and give up. Yet Gwen had hope. Despite it all, she was a good student, fighting hard for a scholarship and a brighter future.Then she met Colin. Someone to love who would love her back. But that short-lived love wasn't the sanctuary Gwen was looking for. It was the start of a living hell. Rape was just the beginning. By sixteen she was pregnant, her education abandoned. Australian society did not tolerate single mothers; prejudice and discrimination followed her everywhere. In an effort to save her son, Jason, from the illegitimacy and deprivation she'd grown up with, Gwen chose to marry Colin - and too quickly the nightmare of physical abuse, poverty and homelessness seemed inescapable.In 1974, in the dying days of the forced adoption era in Australia, this isolated teenager was compelled to make a decision about her child that would tear her life apart, one she would never truly come to terms with. 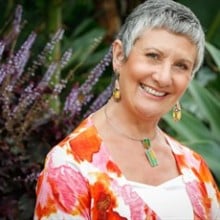 Gwen Wilson started writing her memoir in her fifties. Essentially self-educated, Gwen worked as a motel receptionist, dental nurse and switchboard operator until at nineteen, in the exciting days of the pre-container era, a chance opportunity saw her land a role in customs clearance on the male-dominated Port Adelaide waterfront. A stable marriage and successful career in shipping and logistics followed until she retired, after which Gwen entered university for the first time and now holds a Master's degree in Electronic Commerce. Gwen and husband Bill live in Wollongong, New South Wales. 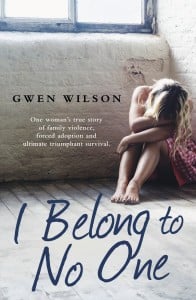 I Belong to No One