Tall and lithe, the beautiful, self-contained Philippa Lye makes quite an entrance in Caitlin Macy’s deliciously scandalous new novel, Mrs. All heads turn to stare as she steps out of a taxi, wearing an ‘ankle-length black-and- tan *shearling coat and a fur hat…its fluffy gray-brown flaps framed Philippa’s face becomingly: those cheekbones, unconciliatory in the extreme; the arrogant jutting triangle of a nose…the large, watchful brown eyes.’

There’s a scene – of course. Philippa doesn’t have any money to pay the driver – of course: the very rich never carry any money.

As Philippa arrives at St Timothy’s to pick up her daughter, we meet two other mothers, Gwen and Minnie, who are also waiting outside the snooty Manhattan preschool for their children. And so, set against the backdrop of tinkling music at parties in luxurious apartments, the story of three lives intersecting in the rarified world of New York’s Upper East Side unfurls tantalisingly.

It is 2009, the winter after the financial crisis. Stylish, non-conforming Philippa, is the one all the other mothers gossip about, but she couldn’t give a fig. Often late dropping of her daughter, she rarely bothers to talk to anyone unless she needs something. Married to the respected scion of the last family-held investment bank, Philippa is like Manhattan royalty, a law unto herself. She also has a big secret. Oh yes, and she drinks.

Gwen, whose husband is an ambitious prosecutor in the US Attorney’s Office, comes from a modest background involving an awful mother. Practical, down-to-earth, the most normal of the women in the novel with her make-up-less face and pony-tail, she is like a fish out of water as she lines up alongside the glittering New York socialites to pick up her daughter from St Timothy’s. She didn’t set out to do it, but she has sacrificed a brilliant career. Gwen also happens to be a childhood acquaintance of Philippa.

Newcomer, Minnie, weaves her way confidently through the crowd of mothers as she drops of her child for the first time. ‘Darkly attractive,’ she is wearing giant sunglasses and four-inch high metal heels, ‘spiked to a fine and frightening point.’ Totally upfront about her upbringing in Spanish Harlem, Minnie (named after Minnie Mouse because her mother loved everything Disney), is friendly, curious, exuberant and seemingly unaware of any pecking order – or of the raised eyebrows that greet her bold display of designer labels.

As Philippa, Gwen and Minnie navigate marriage, children and various dramas, the finer details of their lives and behaviour are exposed. It’s like watching an artist draw a faint outline and then fill it in with feathery strokes. The picture-building is intimate and compelling, while suspense works its way through the story like an ink blot. You know trouble is coming, you’re just not sure how far it will spread.

Darkly funny, whip-smart, timely, this is one fabulous novel.

Caitlin Macy is the author of The Fundamentals of Play and Spoiled. Her work has appeared in The New Yorkers, the New York Times Magazine, and Slate, among other publications. The recipient of an O. Henry Award, she lives in New York City with her husband and two children.

*Shearling is a type of lamb’s wool, very soft, very warm and of course, very expensive. 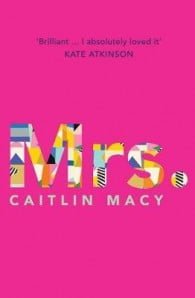 In the rarified world of New York’s Upper East Side, coolly elegant Philippa Lye is the envy of all the mothers at the school gate. Despite a shadowy past, Philippa has somehow married a true ‘master of the universe’, the scion of the last family-held investment bank in the city. And although this puts her at the centre of this world of hedge funds and privilege, she refuses to conform.Then, into her precariously balanced life, comes two women: Gwen Hogan, an awkward childhood acquaintance who uncovers an devastating secret about Philippa’s past, and Minnie Curtis, a newcomer whose frank revelations about her upbringing in Spanish Harlem and probing into the women’s private lives unsettles everyone.When Gwen unwittingly leads her husband, a prosecutor in the US Attorney’s Office, to stumble over the connection between Philippa’s past and the criminal investigation he is pursuing at all costs, the whole delicate ecosystem of wealth and privilege becomes a tinder box set to explode. 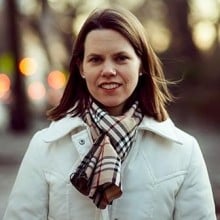 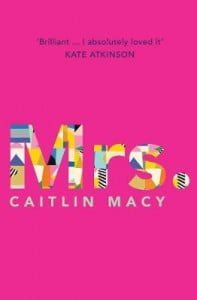 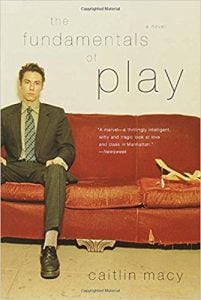