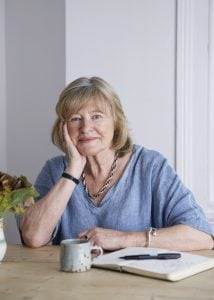 Buy a copy of The Age of Discretion here.

Read our full review of The Age of Discretion here

The Age of Discretion is about a thirty-two-year marriage that reaches a life-changing moment. Can you tell us a bit more about the book?

Vivien Quarry’s long-term marriage has been at a physical standstill for two years and her husband has refused to discuss it. Finally he comes out with a reason: ‘Men are hard-wired not to find older women attractive.’

Viv is 67, and she is stunned and demoralised by this statement. But instead of going into a decline or a divorce, she decides to test the truth of it. She signs up with a small dating agency designed specifically for partnered people in comparable predicaments.

She proceeds to be introduced to several men, with unnerving, sometimes hilarious – and ultimately life-changing – consequences.

Being a baby-boomer, as you might expect I have no truck with ideas that a woman necessarily becomes invisible, unattractive or dull in middle and later life. My experiences and those of my friends make a daily mockery of such outrageous notions, and I wanted to write a story that would skewer them once and for all.

I have been constantly encouraged and entertained by the diverse lives of the women around me. These are women for whom retirement, as it’s currently understood, is not a preferred life choice; women who are refusing to allow their romantic lives to disappear. Women, in short, who have not slowed down as they aged – but instead, in some respects, have sped up!

The Age of Discretion, whilst funny and witty, also addresses some important issues – namely the criticism that older women endure at both the hands of men and society at large. Did you intend for the book to be both humorous and critical?

It takes time for society to evolve and rearrange itself, and often even longer for attitudes to catch up with what has already happened. Some people – and some men, including Viv’s husband Geoff – can be left behind in the process.

Viv and her famous friend Julia, who is an opera singer in the latter stages of a spectacular international career, lead very different lives. They make contrasting life choices, but they do share one powerful characteristic: the courage to take hard decisions that enable them to drive their own destinies, risking the disapproval of others.

Humour can deliver a fresh perspective on socially contentious issues, such as sex in later life. Viv’s adventures provide much of it, as does the ongoing dialogue with her friends, her mother and her daughter, as well as with the head of the Discretion Agency, Martin Glover.

While Julia may sometimes adopt a caustic and conservative view of Viv’s more dicey escapades, it becomes startlingly apparent that she too is more than prepared to flout convention in unexpected ways.

Was there any research required when writing this book? Did you draw from other women’s experiences, or even your own?

My own not so much, but I certainly drew on the experiences of friends, acquaintances and friends of friends, many of whom had entered the internet dating scene in their sixties or beyond. Certain aspects of these personal stories were quite hair-raising and cried out to be included. Writing about Julia Jefferies’ career involved research into the opera world, both behind the scenes and in performance. I spoke to singers, went backstage at Covent Garden and the Sydney Opera House, and above all drew on the expertise of knowledgeable people in that fascinating milieu.

Until my sister-in-law gave it to me I’d been unaware of Liane Moriarty’s Big Little Lies, and it provided the most boisterously enjoyable read of the year. Perhaps the most memorable for its originality was All the Light We Cannot See by Anthony Doerr. I also much enjoyed Julia Baird’s biography of the 19th century Queen, Victoria.

This year, my book group is about to read Pat Barker’s The Silence of the Girls about the women in the Trojan War. I’m also looking forward to last year’s Miles Franklin winner The Life to Come by Michelle de Kretser, and as a sucker for all things espionage, Ben Macintyre’s The Spy and the Traitor. 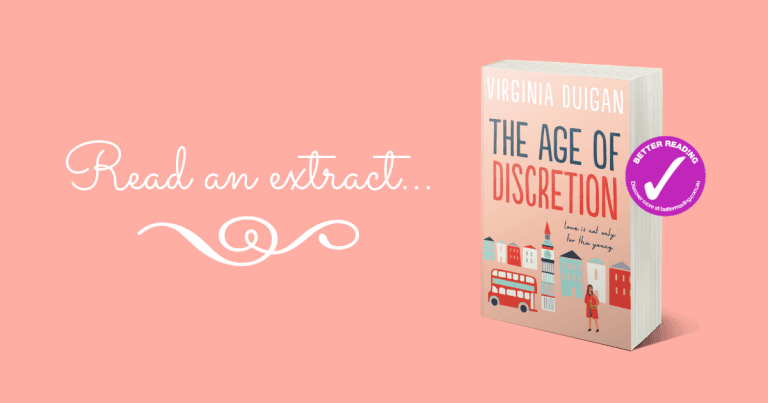 Big-Hearted Story: Read an extract from The Age of Discretion by Virginia Duigan Mischievous, Warm, Provocative: Review of The Age of Discretion by Virginia Duigan 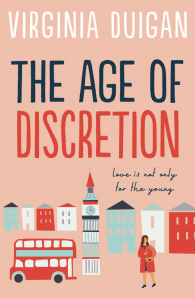 When the sex in Vivien Quarry’s thirty-two-year marriage dwindles to nothing, her husband Geoff finally gives her a reason: ‘Men are hardwired to not find older women attractive’.This unforgivable statement, uttered by a man long past his Adonis years, prompts Vivien to take drastic action. At sixty-seven, she most definitely doesn’t feel ‘past it’, and so enlists the services of the enigmatic Martin Glover from The Discretion Agency.Under the sardonic eye of her oldest friend Jules, a world-famous operatic soprano facing the closing years of a brilliant career, Viv embarks on a series of wildly unpredictable, and sometimes hilariously cringeworthy dates – with wholly unexpected consequences.Told with great humour and heart, the accomplished Virginia Duigan delivers a provocative and profoundly relatable story that proves living is not reserved for the young. 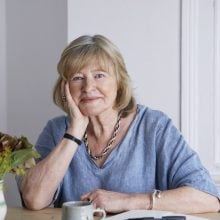 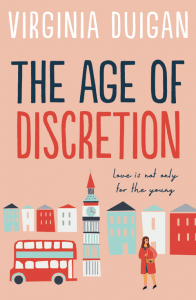 The Age of Discretion