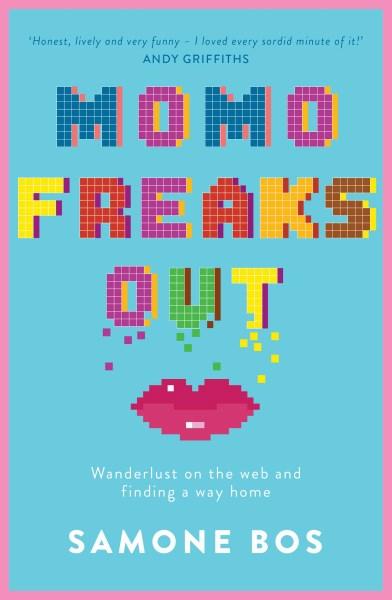 ‘Before we even laid a finger on the door, a 40-something woman rather spookily yanked it open and beckoned us into what seemed like her living room. Except unlike an ordinary living room (oh, I suppose it depends on whose living room you’re talking about), there were about 13 hip, hepcat daddy-o’s smoking cigarettes and drinking coffee, and a menagerie of instruments, including an awesome double bass, nestled around four or five helter-skelter tables.

And then, when the whole cafe got up and played, it dawned on me that everyone in the joint was there to jam.’

Welcome to the spirited, adventurous world of Momo, who meets a whacky host of characters along her journeys. The above anecdote is one of my favourites from the book. It happens when Momo is living in Tokyo. One night, while trying to satisfy her craving for meat spaghetti, she stumbles on this miniature underworld of jazz, the sort of mythical place only whispered about back home. And this is just one magical moment: there are plenty more anecdotes that uncover all the joys and struggles of modern life, and Momo is the perfect guide to help us navigate it all, with wry wit, good humour, and a big heart.

In Momo Freaks Out: Wanderlust on the web and finding a way home Samone has captured all the nuances of our culture in often touching, hilarious, and explorative ways. But that’s not all this book offers: first and foremost, it’s incredibly readable and light-hearted, like having a conversation with an old friend.

Samone defines herself as an anti-social media whizz and a reformed blogger, and here, between the pages, she will tell you about how an incredibly secret blog she begun in 2002 – in a time before social media such as Facebook, Twitter, and Instagram – ended up becoming a memoir.

At the start of 2002, Momo is a children book editor living in Prahran, Melbourne, using her blog as an open diary that accounts for all the bizarre encounters of her everyday life. She dreams that it might one day turn into a novel. It seems like good practice, at least. She lives with her husband (affectionately known as ‘T-Bone’), but Momo yearns for more excitement in life.

She tries to steal hydroponic tomatoes from the supermarket. She is accused of being an Armish prostitute on a Melbourne street. One hazy night at Revolver she calls the bomb squad for a lit-up Heinekein beer hat. To win over the cops she bargains with hot chips and fried chicken – and it works? In the darkness of night, when they feel safest together, during that midnight hour that permits all secrets, Momo confesses to T-Bone the one thing she’s never told anyone else: when she was twelve she used to have a crush on Lurch from the Adams Family and wrote his name all over her folder . . .

But she feels restless in Melbourne. Her and T-Bone perpetually move house. They swap jobs, following the slightest pay rise or change in environment. So Momo quits her job and moves to Japan for a year to teach English. This is where, I feel, the book really shines. It transforms from a portrait of early naughties Melbourne to some really keenly observed, exciting travel writing. She discovers an underworld of jazz clubs in the Tokyo streets. She writes about the earthquakes and typhoons that attack the country. She teaches English to a young boy who lives inside a Buddhist temple. And nothing can stop her eye for the wonder and beauty around her.

Throughout the seven years Samone kept her personal blog, she didn’t reveal her true identity, so this book is the first time she’s removed the mask, but the subtext of that anonymity is that she’s unashamedly honest, sometimes even brash and fearless. One of the book’s greatest joys is its much-sought-after candour, which represents its kind of early, secret, untouchable world that is simultaneously recognisable and far away.

Momo Freaks Out is a story of love, of learning, and of wanderlust – you will see a lot of yourself in Momo, and by the end, after such naked honesty, it’s impossible not to want to hear about more of the silliness and secret happenings.

Click here to purchase your copy today, or follow this link to inspect some more great titles published by Five Mile Press! 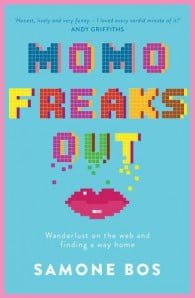 A long time ago, way before Facebook and Instagram, and when no one had even considered Snapchat, there were blogs. One day, bored at work, Momo, a typical twenty-something, discovered this curious new underworld of secret diaries. Soon she?s living her life online, baring her soul and relationships, equal parts funny and pitiful. With blogged stories and anecdotes spanning a freakishly well-remembered childhood and her then-present, Momo?s blog life opens doors, eventually taking her from being a young book editor in Melbourne to an English teacher in Tokyo navigating earthquakes from under a table. Momo Freaks Out represents a time, a subculture and a whole lot of silly hijinks in a decade that seems both very recent and distant. 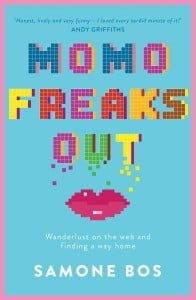