Hillary Clinton’s Guilty Pleasure: Mystery novels ‘because the bad guy always gets it!’ 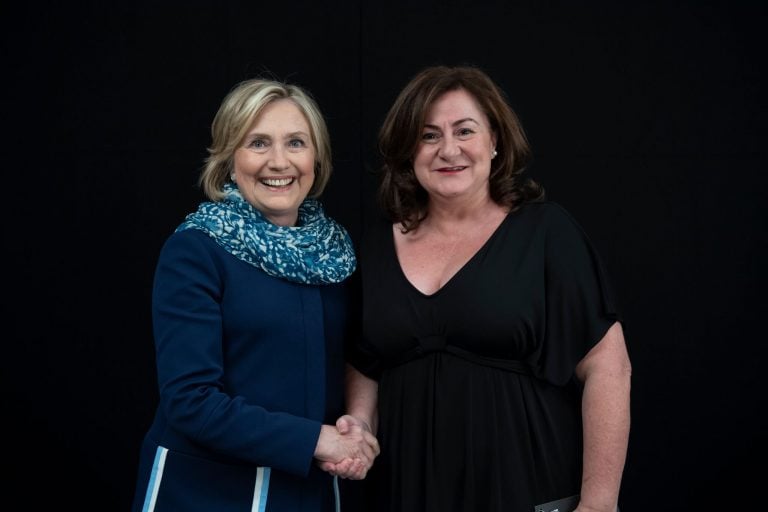 Hillary Rodham Clinton is one of America’s most formidable – and polarising – women, a woman whose very candidature for the post of US President mobilised liars, propagandists and even the FBI to wage war against her. Better Reading’s Cheryl Akle was invited to meet with the former First Lady and presidential candidate on her Australian visit.

When Cheryl Akle met with Clinton on Friday night, she was struck by her ‘genuine warmth and authentic nature’, something that doesn’t always come across when Clinton is on camera. In the fiercely intelligent and inspiring conversation with former Australian Prime Minister Julia Gillard before a crowd of 7000, Clinton talked of the need for an outpouring of activism to affect change in the world. She recalled the events of 2016 and how she had got through that difficult time.  Reading has long been a comfort to Hillary Clinton and she confided that one of her biggest ‘guilty’ pleasures during that challenging time was reading mystery novels. Why? She thinks it’s because ‘the bad guy always gets it in the end!’

As Cheryl Akle prepared to meet this remarkable woman, a nine-year-old friend of ours told her exactly who Hillary Clinton is. ‘She lost to Donald Trump,’ he proudly proclaimed.

Of course he was right. While Clinton famously (and humiliatingly) lost that battle to Donald Trump, the former US First Lady and Secretary of State hasn’t let defeat define her. Last year, this smart, feisty lawyer and feminist relived the extraordinary 2016 presidential election in her memoir, What Happened. In the intensely personal retelling, Clinton takes us on the rollercoaster the campaign became, with its acrimony, sexism, strange twists and turns, including unprecedented foreign interference and bizarre accusations.

But it’s worth remembering how narrow the margin was in that election, as well as all the other achievements this formidable woman is known for.

Clinton has survived in the face of relentless ferocious criticism, both personal and political, that would send most of us hiding out under the nearest rock. She is often still talked of in relation to those two powerful males – husband Bill, and opposition candidate, Donald – but her own story is in many ways a more intriguing and extraordinary one, of success, fortitude and resilience.

How Clinton, who grew up in a Republican family, began to turn heads at college with her progressive speeches, as her dawning political consciousness developed. How she achieved a brilliant academic record at Yale Law School and went on to a stellar career in law, advocating for children’s rights and spending years on various boards

How Clinton made the decision to continue with her own brilliant career when husband Bill decided to run for the office of Governor of Arkansas, and then for President, and how she faced the ‘damned if you do, damned if you don’t’ dilemma of many a working woman. Most of us will recall her famous ‘cookie’ comment: 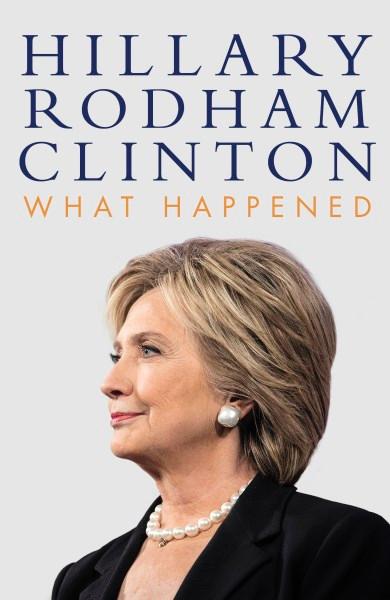 ‘I suppose I could have stayed home and baked cookies and had teas, but what I decided to do was to fulfill my profession, which I entered before my husband was in public life.’

It inspired as many women as it sparked outrage in others.

How, after a rocky, eight-year road as First Lady of the US, she pursued her own political career, rising to become Secretary of State of the world’s most powerful nation.

Hillary Rodham Clinton continues to spark controversy – she’s loved and hated by those on both sides of the political spectrum. In one section of the local media last week, there were raised eyebrows at the ticket price for her speaking events in Sydney and Melbourne. We raised our eyebrows too because we can’t recall the price tag on any visiting male speakers drawing similar remarks.

There’s much about Clinton that no one can deny – she forges on bravely with an exceptional, longstanding career, spanning almost fifty years. She’s a woman who has faced relentless and brutal criticism of her looks and her age as she’s continued to confront the double standard confronting women in politics and career. She’s a trailblazer, paving the way for women of the future and for that we salute her.

A vivid anecdote Clinton told on Friday night is testament to her tenacity. She recalled a time when her young daughter Chelsea encouraged her mother to perform a high dive into water. When Hillary hesitated, another former First Lady Jacqueline Kennedy Onassis, who was present, said, ‘Only jump if you want to…’

When Gillard asked if she would jump again now, she replied. ‘Absolutely.’ 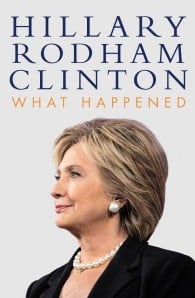 For the first time, Hillary Rodham Clinton reveals what she was thinking and feeling during one of the most controversial and unpredictable presidential elections in history. Now free from the constraints of running, Hillary takes you inside the intense personal experience of becoming the first woman nominated for president by a major party in an election marked by rage, sexism, exhilarating highs and infuriating lows, stranger-than-fiction twists, Russian interference, and an opponent who broke all the rules. This is her most personal memoir yet.
In these pages, she describes what it was like to run against Donald Trump, the mistakes she made, how she has coped with a shocking and devastating loss, and how she found the strength to pick herself back up afterward. With humor and candor, she tells readers what it took to get back on her feet—the rituals, relationships, and reading that got her through, and what the experience has taught her about life. She speaks about the challenges of being a strong woman in the public eye, the criticism over her voice, age, and appearance, and the double standard confronting women in politics.She lays out how the 2016 election was marked by an unprecedented assault on our democracy by a foreign adversary. By analyzing the evidence and connecting the dots, Hillary shows just how dangerous the forces are that shaped the outcome, and why Americans need to understand them to protect our values and our democracy in the future.The election of 2016 was unprecedented and historic. What Happened is the story of that campaign and its aftermath—both a deeply intimate account and a cautionary tale for the natio