I Spy With My Little Eye . . . The Perfect Girlfriend by Karen Hamilton The psychotic ex-girlfriend receives an extreme makeover in Karen Hamilton’s The Perfect Girlfriend, revealing the terrifying lengths one woman will go to reclaim the love she lost.

Is she psychotic? A little bit. Obsessive? Very much so. In love? Oh, yes. And yet the complex feelings Juliette still has for her ex-boyfriend and the perfect life he represented will shock even the most avid readers.

Nate appeared in a chapter of her life like a scene from a romantic novel, and from there she fell madly and deeply in love with him. So, after the unexpected break-up, Juliette’s dreams of a perfect, enviable life are shattered. She never gets over him. No, not at all. And she will do anything to get him back.

After the breakup, Juliette begins scheming right away by assuming a new identity and applying for a job at the same airline that employs Nate as a pilot. He is oblivious to her movements, believing that Juliette is quiet because she is giving him the ‘space’ that he asked for, right before he left.

Little does he know that Juliette has access to everything: his social media profile, daily routines, even the spare keys to his apartment. And she takes full advantage of her insider knowledge whenever she can. She regularly snoops through his apartment, growing ever bolder when she does, and she installs an app on his phone that lets her view everything he sends and receives. This only fuels her jealous fury against his fledgling romances of course, causing her to do whatever she can to sabotage them. There’s a creepy, neurotic edge to Juliette’s stalking. She needs these unrequited contacts like soul medicine. Feels unhinged without them.

In order to get closer to Nate and to repel his romantic interests, Juliette does some unforgivable, malicious things: like putting darkly acquired drugs into drinks; lying through her teeth; befriending only to destroy. But nothing matches what she has in store for the unsuspecting Nate.

One day her plot builds to what should be a glorious finale. Through a mixture of cunning and some bureaucratic good fortune, Nate and Juliette find themselves rostered on the same flight to Las Vegas where Juliette flirtatiously lures him into wanting her again. The only problem is that she has lied so much to get this far, and with even more lies required to woo him again, things are beginning to catch up with her . . .

Will chasing the dream by weaving such a web of lies and deceit end up destroying any possibility of their relationship becoming a reality again?

This is a clever, immersive read that weaves together elements of psychological thrillers with a psychotic romantic obsession that gives it a distinct narrative intensity. It’s not the sort of book easily pigeon-holed, doesn’t really fit into any specific genre, nor can it be compared to any already published titles.

No, The Perfect Girlfriend is its own book, a highly original and gripping rollercoaster ride. And amazingly, despite all her scary and obsessive neuroses, you can’t help but find Juliette endearing.

Undoubtedly, this is one of the keys to our huge enjoyment of this book.

See what you think.

Karen Hamilton spent her childhood in Angola, Zimbabwe, Belgium and Italy and worked as a flight attendant for many years. Karen is a recent graduate of the Faber Academy and, having now put down roots in Hampshire to raise her young family with her husband, she satisfies her wanderlust by exploring the world through her writing. The Perfect Girlfriend is her first novel. 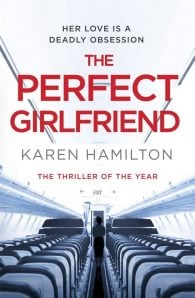 Juliette loves Nate. She will follow him anywhere. She's even become a flight attendant for his airline, so she can keep a closer eye on him.They are meant to be. The fact that Nate broke up with her six months ago means nothing. Because Juliette has a plan to win him back.She is the perfect girlfriend. And she'll make sure no one stops her from getting exactly what she wants. 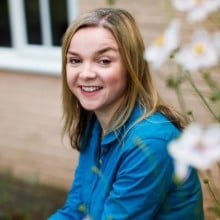 Karen Hamilton spent her childhood in Angola, Zimbabwe, Belgium and Italy and worked as a flight attendant for many years. Karen is a recent graduate of the Faber Academy, and having now put down roots in Hampshire to raise her young family with her husband, she satisfies her wanderlust by exploring the world through her writing. The Perfect Girlfriend is her first novel. 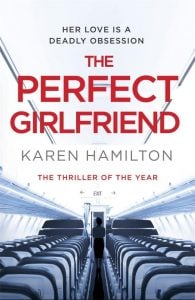 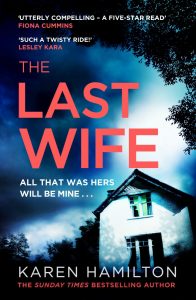