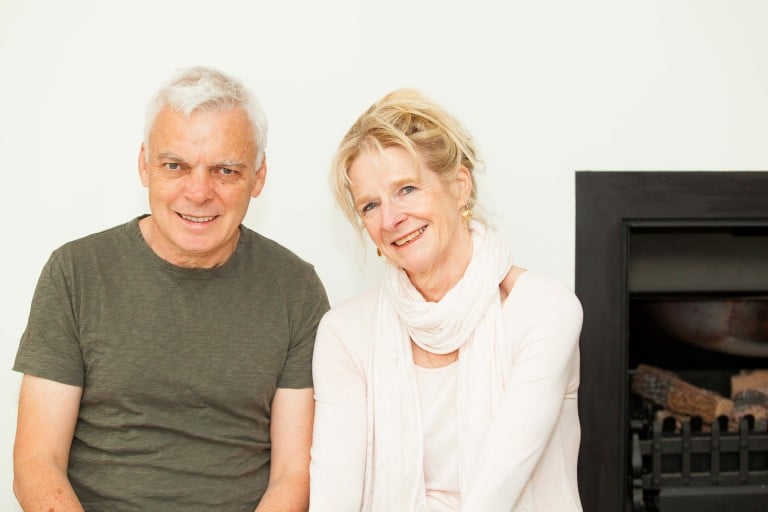 Two Steps Forward by Graeme Simsion and Anne Buist is a drama/adventure like no other. It is the brainchild of two very unique yet complementary writers.

You probably know Graeme for his international bestseller The Rosie Project and its sequel The Rosie Effect, the books that propelled him from a little known Aussie charmer to a widely-respected, award-winning novelist. Thankfully, all the wit and wisdom of his lighthearted cinematic-style of writing is prevalent throughout Two Steps Forward.

But this novel’s ultimate charm no doubt arises from the writing influence of Anne, who has over 25 years of clinical and research experience in perinatal psychiatry – a personal life that has helped shape her prolific psychological thriller novels, but is also evident in the powerful observations of human behaviour throughout this story. A thriller writer’s sensibility has done wonders to lift the pace of this bubbly, tender drama. If you’d like, you can read our full book review here.

Better Reading: Hi Anne and Graeme! First off, congratulations for the book’s publication – could you tell us what it’s about?

Anne Buist & Graeme Simsion: Thanks! The book is set on the Camino de Santiago—one of the long versions, starting in central France. Zoe, an American artist, recently-widowed, has never walked further than the corner store…but how hard can walking be? Even two thousand kilometres. Martin, the British engineer, is prepared and ready for anything, except, maybe, Zoe. It’s a book about rebirth—starting again and learning what to keep and what to leave behind…and what to go back for.

Better Reading: In your separate writing careers, your books are stylistically different: Anne writes psychological thrillers while Graeme is known for his hilarious Aussie dramas. How did you combine these different approaches to write Two Steps Forward?

Anne: I told him I’d murder him if he didn’t do it my way.

Graeme: She told me she’d murder me if I didn’t do it her way. Then, like most married couples, we compromised and did it her way. The net result is that it’s not too funny or too thrilling or too dramatic. Just the right amount of each.

Better Reading: Did being married make writing the book easier or harder?

Anne: Easier…I had an interactive thesaurus, first reader and cheer leader ready and available every moment of day and night…

Graeme: Yep, easier. But (literally) don’t try this at home, at least now without some forethought. We’ve always helped each other with our writing and stories and professional lives and are used to spending time in each other’s company – including two Camino walks.

Better Reading: The book is preoccupied with travelling through different spaces – The Camino, Santiago, Cluny – and we understand that you have both walked The Camino many times. How was the novel informed by your personal experience?

A&G: We’ve only walked twice, but in the process have traversed several different “named” Caminos, of which the best known is the Camino Frances—the 800km from the French/Spanish border to Santiago de Compostela. In addition to that, we’ve walked ‘feeder’ routes in France and some alternatives – about 4000 km all up.

Just about everyone we know who has done a version that lasted more than a month has been affected by the power of The Way, and we were no exception. What we felt, learnt, and experienced informed the plot and characters, and of course the places. Many of the incidents and characters in the book were inspired by people we met along the way.

Better Reading: What is it about walking that contributes to a person’s physical, psychological, and spiritual renewal?

A&G: One day at a time—it’s the only way to manage 800km – or in our case, 2000km. Each day is a new day, but the rhythm of the road pulls you into the moment. From the distracted business of the modern day western world you start seeing, hearing, tasting and feeling in a way that makes each moment—even the painful ones—magic. Graeme photographed butterflies…Anne will never miss a blossom ever again.

Better Reading: We’re curious: can you walk us through a day-in-the-life of two working writers who live together in Melbourne?

Anne: Graeme would say ‘no’ – we don’t have anything resembling a writing routine, but Anne is prepared to give it a try. So, according to Anne:

Tea: Either of us can make it but if the cat is jumping all over me for food, it’ll be me who has to go downstairs anyway.

Coffee: This is Graeme: the espresso machine is his domain…then we’re right to go (well, I have some muesli).

Gym (every second day)—we walk there and back. If we’re doing a writing binge (a month or two doing the first draft, often in the country or overseas on ‘holiday’) we’ll walk into town, to lunch or have an evening stroll instead.

Then it depends…if book is in edit stage, we’ll both tackle it, alternating or different sections. If we’re in the country, it’ll be on a comfy chair each by the fire (Graeme’s job). The person with the computer with the lowest battery sits in the chair closer to the power point. When in Australia, I put in some work as a psychiatrist, which means going to the hospital—I do a number of court appearances as well.

Lunch: Me. Graeme will have lunch if I’m around: if not, he’ll often just work through, possibly having skipped breakfast as well.

Afternoon: same as morning, until about six.

The next hour is goal planning and problem-solving time. After that, and the second wine…well not so much…Dinner is usually Graeme-inspired with me helping…

Better Reading: What did you want readers to take away from your book?

A&G: Inspiration to take their own journey—maybe not a Camino, but whatever it is, one that will help them feel renewed and see the world in a new, clearer and more magical, peaceful way.

Better Reading: Who are some Australian writers that you admire and would recommend to the Better Reading audience?

Anne: Michael Robotham leads the way in my more usual genre of psychological thriller, but we have some other magical writers. Adrian McKinty might sound Irish but he lives in Melbourne and his books bring to life Ireland and the Troubles, all in the background while a cracking good plot ensures you keep turning the pages. Then there’s Ann Turner (two very different page turners, and something completely different coming up I believe), Sulari Gentill (Crossing the Lines, particularly for writers, is delicious), Tania Chandler for literary/domestic crime-drama, who studied with my husband and who is also a great second reader!

Graeme: Helen Garner and Tim Winton and…you know that. Our most acclaimed writers are deservedly popular, but it’s easy to forget that there’s a raft of books that have made it past the incredibly tough publication gatekeepers and are worthy shelf-mates to those of the ‘name’ authors. One of the joys of being a writer is that I get asked to endorse books by authors – often debut authors – I’d otherwise not have got to, and discover something assured, remarkable, memorable. Holocaust novels with Australian connections by Leah Kaminsky and Heather Morris; brave domestic drama by Antonia Hayes; David Hunt’s irreverent and totally engrossing take on Australian history.

Better Reading: Could you tell us what the future holds for both of you? Solo projects? Another co-authored novel, maybe?

Anne: This I Would Kill For, the third in the Natalie King series (and last, at least for the moment) will be out February 1st next year. I’ve started a stand- alone rural thriller Everything to Lose, and after that…a joint crime novel Long Game, this one by Buist and Simsion.

Read our review of Two Steps Forward here or grab a copy. 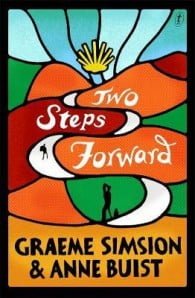 Zoe, a sometime artist, is from California. Martin, an engineer, is from Yorkshire. Both have ended up in picturesque Cluny, in central France. Both are struggling to come to terms with their recent past - for Zoe, the death of her husband; for Martin, a messy divorce.Looking to make a new start, each sets out alone to walk two thousand kilometres from Cluny to Santiago, in northwestern Spain, in the footsteps of pilgrims who have walked the Camino - the Way - for centuries. The Camino changes you, it's said. It's a chance to find a new version of yourself. But can these two very different people find each other?In this smart, funny and romantic journey, Martin's and Zoe's stories are told in alternating chapters by husband-and-wife team Graeme Simsion and Anne Buist. Two Steps Forward is a novel about renewal - physical, psychological and spiritual. It's about the challenge of walking an extraordinary distance and of working out where you are going. And it's about what you decide to keep, what you choose to leave behind and what you rediscover. 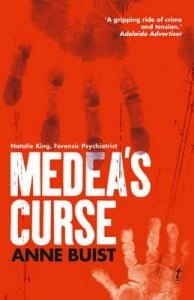 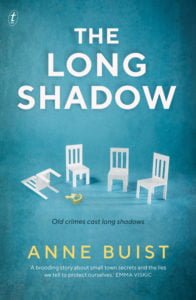 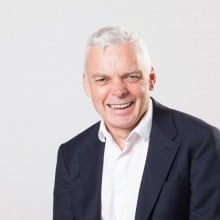 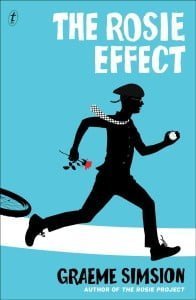 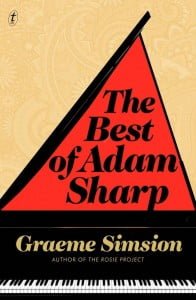 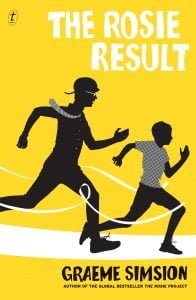