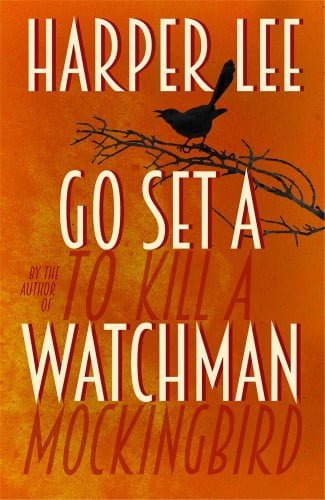 It’s being billed as the literary sensation of the century. On July 14 the second novel from To Kill A Mockingbird author, Harper Lee, is on sale. And today the first chapter is published online in Australia in Fairfax newspapers, The Sydney Morning Herald, and The Age, and in print tomorrow in the Spectrum section of those newspapers.

To mark the occasion, we answer some of the questions people are asking about the publication of Go Set A Watchman and we speak to John Purcell, Chief Buyer at Australian online bookseller, Booktopia, about whether the novel can live up to the hype.

Why is it a literary sensation?

Famous for never having published again after the success of her much-loved first novel, the legendary author’s novel Go Set A Watchman  is perhaps one of the most highly anticipated ‘second’ novels of all time.

It’s almost 55 years since the publication of To Kill a Mockingbird and 53 years since the making of one of the best- loved screen adaptions, starring Gregory Peck as Atticus Finch, and Mary Badham as Scout.

To Kill A Mockingbird highlighted issues of profound racial prejudice in America’s Deep South at a time when segregation was still an accepted practice there. It won the Pulitzer Prize for fiction and has long been a must-read classic in schools around the world. In 2006, British librarians ranked it as the book that “every adult should read before they die”.

Why all the controversy?

Some people are saying that the 89-year-old author had never planned to publish a second novel. She has famously shunned publicity for so many years, why would she publish now, ask some sceptics. However, recent reports have rejected these claims and her agent and publisher quote Lee as being happy with the release of her earlier work. It’s reported to be unchanged from the original manuscript.

Well, sadly, we can’t say because the publishers have kept the book carefully under wraps and only a handful of media outlets have been given access to the book in advance, but we do know that Go Set A Watchman was written before To Kill A Mockingbird and it features many of the same characters, including the young girl Scout when she is grown-up.

Will it be a bestseller?

We asked Booktopia’s John Purcell, if the online bookseller has already been inundated with pre-orders of the book.

“We’ve had a great many pre-orders for Go Set a Watchman,” said Purcell. “But not as many as we had for Grey, sadly.”

“Besides, if everyone who ever loved To Kill a Mockingbird buys this book it will be a huge bestseller. I think this book will continue to sell for years to come.”

So, can it live up to expectations?

We asked Purcell if he expects the novel to live up to the buzz.

“Go Set a Watchman was written by Harper Lee at the heights of her powers. There is every chance it will be extraordinary,” he said.

“Especially as it was written in an age when publishing standards were very high. It wasn’t published but the publisher encouraged Harper Lee to work on it, which suggests it had potential.

“If Go Set a Watchman was the seed and To Kill a Mockingbird the flower, there will be enough in the former to make it an essential companion to the latter.”

Read the first chapter here and let us know what you think in the Comments or on our Facebook page. 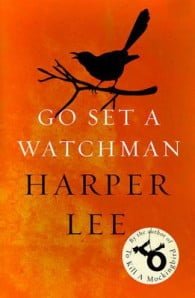 Go Set a Watchman is set during the mid-1950s and features many of the characters from To Kill A Mockingbird some twenty years later.Scout (Jean Louise Finch) has returned to Maycomb from New York to visit her father Atticus. She is forced to grapple with issues both personal and political as she tries to understand both her father's attitude toward society, and her own feelings about the place where she was born and spent her childhood. 'Shoot all the bluejays you want, if you can hit 'em, but remember it's a sin to kill a mockingbird.' A lawyer's advice to his children as he defends the real mockingbird of Harper Lee's classic novel - a black man charged with the rape of a white girl. Through the young eyes of Scout and Jem Finch, Harper Lee explores with exuberant humour the irrationality of adult attitudes to race and class in the Deep South of the thirties.The conscience of a town steeped in prejudice, violence and hypocrisy is pricked by the stamina of one man's struggle for justice. But the weight of history will only tolerate so much.To Kill A Mockingbird is a coming-of-age story, an anti-racist novel, a historical drama of the Great Depression and a sublime example of the Southern writing tradition.Winner of the 1961 Pulitzer Prize for Fiction."No one ever forgets this book"  Independent"Someone rare has written this very fine novel, a writer with the liveliest sense of life and the warmest, most authentic humour. A touching book; and so funny, so likeable"  Truman Capote"There is humour as well as tragedy in this book, besides its faint note of hope for human nature; and it is delightfully written"  Sunday Times#4 in ABC My Favourite Book #1 in Australia's Top 100