Why we love it: How many novels can reduce you to tears only fifty pages in? Sixty Seconds will do that – with its beautiful, incisive depiction of a family’s story in the face of unthinkable tragedy – but it will ultimately leave you feeling whole again.

The Brennan family relocate from the chilly harbour city of Hobart to the hot and fertile hinterland of the New South Wales north coast. After an indiscretion, artist Finn is happy to support his wife Bridget in her new job as an environmental scientist, while he continues to combine the childcare with his artistic pursuits.

The family, including fifteen-year-old Jarrah and loveable, book-loving toddler Toby, make the most of their new home, the quaint purple weatherboard with its refreshing outdoor pool. But just as Finn is on the cusp of artistic glory with his latest project, disaster strikes and the glue holding the family together is quickly undone.

Finn blames himself for the tragedy and Bridget blames him too, while Jarrah doesn’t know who to blame. And as if he isn’t suffering enough, Finn may also face a charge of negligence, or worse, for the accident that befell his youngest son. Partly he welcomes punishment, such is his own feeling of guilt, but he also tries to take on Bridget’s responsibility in a mistaken attempt to atone for the wrong he’s done in the past.

While Bridget deals with her overwhelming grief she must also face up to Finn’s punishment and decide whether her marriage is worth saving. And they both need to attend to their living teenage son who is dealing with isolation at school and coming to terms with his awakening sexuality.

Sixty Seconds is a stunning novel about forgiveness, redemption, and blame. It examines how people live their lives after grief. Bridget immediately goes back to work but her colleagues don’t know what to say to a ‘devastatingly bereaved’ person. And with Jarrah, he returns to school but after being sidelined previously, he is suddenly raised in status and he can’t handle the sympathy. Finn simply wants to find escape by selling the house and moving back to the extended family in Hobart.

The story is cleverly told from the three main characters’ point of view so that we feel for each of them, for all their faults. The story is partially inspired by the author’s own experience – when she was twelve years old, her two-year-old sister drowned in the family pool. This experience, while differing in many ways to that of the contemporary Brennan family, infuses this remarkable novel with perception and compassion. Sixty Seconds is heartbreaking, poignant, sometimes humorous, and entirely satisfying.

Jesse Blackadder is an award-winning novelist, short story writer, freelance journalist and a budding screenwriter. Her novel The Raven’s Heart won the Benjamin Franklin award for historical fiction (USA), and she was awarded an Antarctic Arts Fellowship for her novel Chasing the Light. 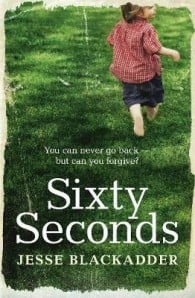 The Brennans - parents, Finn and Bridget, and their sons, Jarrah and Toby - have made a sea change, from chilly Hobart to subtropical Murwillumbah. Feeling like foreigners in this land of sun and surf, they're still adjusting to work, school, and life in a sprawling purple weatherboard, when one morning, tragedy strikes.In the devastating aftermath, the questions fly. What really happened? And who's to blame?Determined to protect his family, Finn finds himself under the police and media spotlight. Guilty and enraged, Bridget spends nights hunting answers in the last place imaginable. Jarrah - his innocence lost - faces a sudden and frightening adulthood where nothing is certain.Sixty Seconds is a haunting, redemptive story about forgiveness and hope.'A beautiful work. One of the most moving and artistically satisfying endings I've read in a long while' Susan Johnson, Courier Mail'An unflinching but tender exploration of what happens when the worst happens, this achingly beautiful novel broke my heart. And then put it back together' Wendy James, author'Powerful and captivating - a novel you will not forget' Eliza Henry-Jones.

Jesse Blackadder is an award-winning novelist, short story writer, freelance journalist and a budding screenwriter. Her novel THE RAVEN'S HEART won the Benjamin Franklin award for historical fiction (USA), and she was awarded an Antarctic Arts Fellowship for her novel CHASING THE LIGHT. 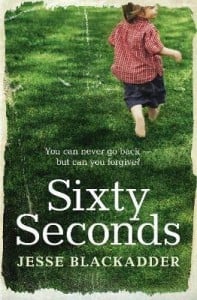