WARNING: Do not read this book as you’re going to bed if you really want to sleep – once started, you won’t want to stop until the very end.

Six years after being found hiding in a secret room half-starved and filthy, alongside the decomposed body of a man, Evie Cormac still won’t tell anyone her name, or her age, or where she came from. She doesn’t appear in any missing persons file, and her DNA can’t be matched to an identity. She is living in a secure children’s home due to a history of violence. But when she initiates a court case demanding the right to be released as an adult, forensic psychologist Cyrus Haven must determine if Evie is a threat to others and safe to go free. 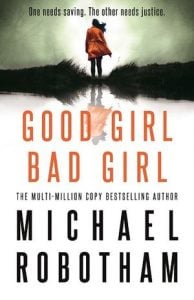 Evie doesn’t trust easily. She is difficult, damaged and at first will only answer questions that are presented to her using lyrics to popular songs. But Evie is unlike anyone Cyrus ever met. She has an unusual gift: she knows when someone is lying. This fascinates Cyrus Haven, who once researched this ability and wrote about it. He decides to foster Evie.

Meanwhile, Cyrus is also called in to investigate the shocking murder of a high school figure-skating champion, Jodie Sheehan, who dies on a lonely footpath close to her home. Pretty and popular, Jodie is portrayed by everyone as the ultimate girl-next-door, but as Cyrus peels back the layers, a secret life emerges that led to her rape and murder, and there are suspects everywhere.

It’s here that Jodie’s case intersects with Evie’s. Good girl. Bad girl. Who is what? Cyrus is a man haunted by loss and his own tragic history. He finds himself caught between the two cases—one girl who needs saving and another who needs justice. The lies around Jodie’s death… and Evie who can help him work through them, or even disrupt the case.

Michael Robotham fans will love this new novel. The master of crime has outdone himself, with his best novel to date. Good Girl Bad Girl is a double whammy, with two mysteries in one. We’re also introduced to two new characters, both complex and likeable, however fans missing Joseph O’Loughlin will love the nod to him in the book.

Good Girl, Bad Girl is told through both Evie, also known as Angel Face, and Cyrus’s eyes, and their relationship is central to the book and interesting to read. There are some very confronting themes in this story, however it really is pure entertainment. Taut writing and an addictive plot, this is a difficult book to put down.

I devoured it. It’s a fast-paced page turner with twists and turns that will leave you breathless. Not everything is resolved, questions are left hanging… I can’t wait for the next instalment.

Before becoming a novelist, Michael Robotham was an investigative journalist working across America, Australia and Britain. As a journalist and writer he has investigated notorious cases such as the serial killer couple Fred and Rosemary West. He 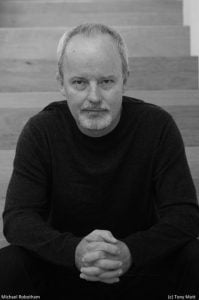 has worked with clinical and forensic psychologists as they helped police investigate complex, psychologically driven crimes.

Michael’s 2004 debut thriller, The Suspect, sold more than 1 million copies around the world. It is the first of eight novels featuring clinical psychologist Joe O’Loughlin, who faces his own increasing battle with a potentially debilitating disease. Michael has also written four standalone thrillers. In 2015 he won the UK’s prestigious Crime Writers’ Association Gold Dagger Award with his standalone thriller Life or Death.
He lives in Sydney. The girl with no past. Six years ago, Evie Cormac was discovered, filthy and half-starved, hiding in a secret room in the aftermath of a shocking crime. Now approaching adulthood, Evie is damaged, self-destructive and has never revealed her true identity. The boy who survived. Forensic psychologist Cyrus Haven, a man haunted by his own past, is investigating the death of champion figure-skater Jodie Sheehan. When Cyrus is called upon to assess Evie, she threatens to disrupt the case and destroy his ordered life. Because Evie has a unique and dangerous gift - she knows when someone is lying. And nobody is telling the truth. Good Girl, Bad Girl is an unnerving psychological thriller from one of the greatest crime writers of today, Michael Robotham, bestselling author of The Other Wife and The Secrets She Keeps.