The House of Brides Author, Jane Cockram on how she Likes Christmas More than Most 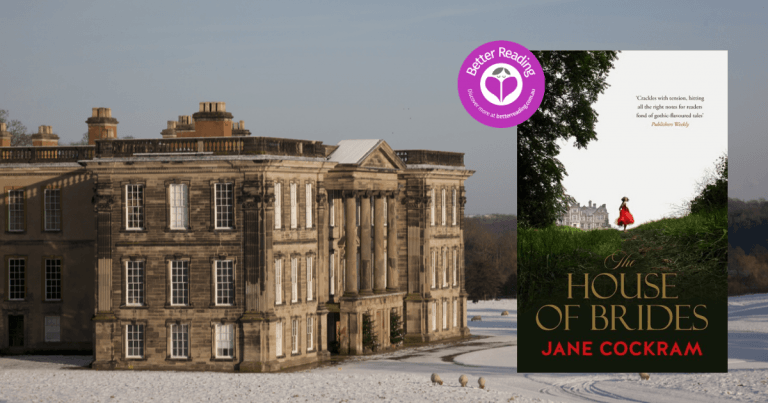 Of course, Christmas is a lot of people’s thing. But I like it more than most. Planning, for me, begins in late October. A theme must be selected – for the food, the decorations, the wrapping. Every year the theme grows more tenuous. Last Christmas, during which every single decoration was used and gifts were bundled into left-over wrapping paper, became known as Bad Taste Christmas. It may just be the theme again this year. And next year.

Shopping must be done by the end of November. A list of presents is drawn up, then swiftly forgotten. Purchases are made in a haphazard fashion – a gift to retailers.

Christmas is also a gift to writers. While most of human life swerves along without a plot, Christmas, like all good stories, has an arc, a plot and depending on who drank what at lunch, usually some sort of climax. The adults dress up and the children lucky enough to have graduated from the kids’ trestle table sit up and converse, pretending they are not waiting for the moment they can break free and unwrap presents. The best wine is drunk, the best dishes are used. The stage is set for drama.

Mostly, the drama is of the domestic kind: someone has over (or more likely, under) spent on the Kris Kringle; Great Aunt Beverly ate the ham left out in the sun. Some years, emotions flare and the drama becomes more serious. Old rifts resurface. Grievances are aired.

That’s certainly the case in The House of Brides. Miranda, our main character, arrives at Barnsley House, her mother’s childhood home, a week before Christmas. She becomes close to her cousins Sophia, Robbie and Agatha and they tell her about the magic of Christmases past, how the family would eat and drink for days, sing karaoke and watch Christmas movies.

Already, something about this year feels different – and it’s not just that the children’s mother is missing. There’s a forced feeling about the celebrations and despite the mountains of festive food, no-one feels much like eating. Christmas is a time for families – and Christmas doesn’t feel good when a family is falling apart.

Some Christmases are better than others. Some years are magical and others not. But sometimes, as the Summer family discovers, Christmas can be good even when things are going badly. That despite everything that can happen in a crazy year, in a crazy world, there is the tree, the songs and the pudding. There is comfort in Christmas feeling the same, year after year, a reliable full stop in December, especially if – just like at Barnsley – everything else is changing.

Jane Cockram was born and educated in Australia, where she studied Journalism at RMIT, majoring in Literature. After earning a post-graduate 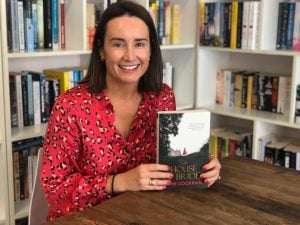 diploma in Publishing and Communication at Melbourne University, she worked in sales for Pan Macmillan Publishers and then as fiction buyer at Borders, fulfilling a childhood dream of reading for a living. Cockram spent a year living in the West Country of England, where The House of Brides is set, and still daydreams about returning.  In the meantime, she resides in Melbourne with her husband and two children. The House of Brides is her debut novel. A Polished Debut: Read an Extract From The House of Brides by Jane Cockram An Atmospheric Tale Filled with Unexpected Twists and Turns: Read a Review of The House of Brides by Jane Cockram Setting is a Key Driver to a Story: Q&A with House of Brides Author, Jane Cockram 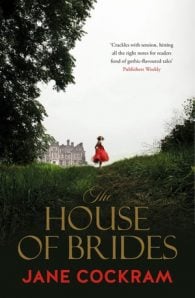 Jane Cockram makes her thrilling debut with this page-turning tale of psychological suspense in which a young woman whose life is in tatters flees to the safety of a family estate in England, but instead of comfort finds chilling secrets and lies.Miranda’s life and career has been a roller-coaster ride. Her successful rise to the top of the booming lifestyle industry as a social media influencer led to a humiliating fall after a controversial product she endorsed flopped. Desperate to get away from the hate-spewing trolls shaming her on the internet, she receives a mysterious letter from a young cousin in England that plunges her into a dark family mystery.Miranda’s mother Tessa Summers, a famous author, died when Miranda was a child. The young woman’s only connection to the Summers family is through Tessa’s famous book The House of Brides—a chronicle of the generations of women who married into the infamous Summers family and made their home in the rambling Barnsley House, the family’s estate. From Gertrude Summers, a famed crime novelist, to Miranda’s grandmother Beatrice, who killed herself after setting fire to Barnsley while her children slept, each woman in The House of Brides is more notorious than the next. The house’s current “bride” is the beautiful, effervescent Daphne, her Uncle Max’s wife—a famed celebrity chef who saved Barnsley from ruin turning the estate into an exclusive culinary destination and hotel.Curious about this legendary family she has never met, Miranda arrives at Barnsley posing as a prospective nanny answering an advertisement. She’s greeted by the compelling yet cold housekeeper Mrs. Mins, and meets the children and her Uncle Max—none of whom know her true identity. But Barnsley is not what Miranda expected. The luxury destination and award-winning restaurant is gone, and Daphne is nowhere to be found. Most disturbing, one of the children is in a wheelchair after a mysterious accident. What happened in this house? Where is Daphne? What darkness lies hidden in Barnsley? 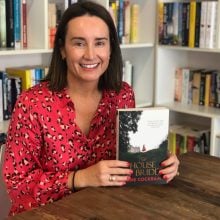 Jane Cockram was born and educated in Australia, where she studied Journalism at RMIT, majoring in Literature. After earning a post-graduate diploma in Publishing and Communication at Melbourne University, she worked in sales for Pan Macmillan Publishers and then as fiction buyer at Borders, fulfilling a childhood dream of reading for a living. Cockram spent a year living in the West Country of England, where The House of Brides is set, and still daydreams about returning.  In the meantime, she resides in Melbourne with her husband and two children. The House of Brides is her debut novel. 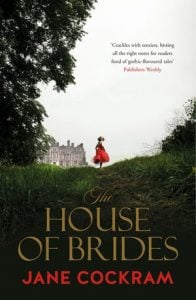 The House of Brides