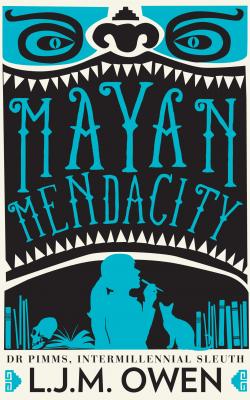 We love nothing more than sinking our teeth into a really great series of novels – and when you know the author is planning nine novels in total, it’s even more enticing. This series marks a new literary protagonist on the scene – Dr Elizabeth Pimms is a cat lover, foodie, introvert and, most importantly, an archaeologist in search of the truth.

There are two books published in the series so far – the first is Olmec Obituary and the latest, Mayan Mendacity. When we first meet the 25-year-old Elizabeth Pimms, she is working on her first archaeology dig in Egypt but suddenly has to return to Australia on hearing of her father’s death. With her mother already dead in a mysterious car accident years ago, her brother injured in the same accident, and her elderly grandparents and problem sister living at home, Elizabeth must reluctantly – and somewhat resentfully – remain in Canberra to support the family. She follows in her grandfather and father’s footsteps to take up a librarian position at a fictional version of the National Library in Canberra and so her dreams of archaeology are thwarted – for the time being.

Luckily though it’s not long before she’s called on to use her expertise to examine some ancient bones shipped from Mexico, the intriguing remains of an ancient Olmec female ballplayer. Elizabeth can’t initially fathom the case but she is fascinated by the groundbreaking discovery, until stymied in her attempts to get to the bottom of the mystery by some modern day shenanigans among fellow academics working on the case.

In the next book, Mayan Mendacity, Elizabeth is just getting over her personal and work dramas before she encounters some more tough personal problems and once again she is called on to examine mysterious remains, this time some infant bones discovered on a Guatemalan island.

Both books follow a fascinating plotline with authentic archaeology that gives us an intriguing insight into ancient civilisations. Elizabeth Pimms becomes an ‘intermillennial sleuth’ and her investigations into the mysterious deaths of ancient peoples, mainly women and children, reveal much from the past – barbaric rituals including torture of children and mass sacrifice – as well as the more mundane aspects of life that we can all relate to thousands of years later.

Both books are interspersed

with lovely moments  from Elizabeth’s family life – her elderly Welsh grandfather, her French Berber grandmother and her other grandmother who is Chinese. She conjures an alluring ambience of her heroine’s home life – complete with mahogany bookshelves, wingback chairs, Persian rugs and beautifully set tables in the conservatory. Combined with the frequent food references and wonderful literary references, such as Agatha Christie and Mark Twain, this is a series you can’t help but fall in love with.

These books are so fast-paced and readable that you can start and finish over a weekend. Mayan Mendacity can easily be read standalone and we can guarantee that you’ll want to go back and read the first in the series, Olmec Obituary, or if you’re new to the series, grab both books and start from the beginning.

L.J.M. Owen is a public-servant-turned-writer and she has drawn extensively on her education and experience in developing this series of novels. She has an undergraduate degree in archaeology, a PhD in paleogenetics from ANU and a graduate diploma in library management from Curtin University. Her path to publication is an interesting story in its own right, with the first novel originally a self-publishing project on the crowd-funding website Kickstarter. Five days later she received an email from Angela Meyer, the commissioning editor at Echo Publishing, saying that the novel looked interesting and asking if she could see a copy. The rest is history!

Purchase a copy of Mayan Mendacity or Olmec Obituary, read an extract, or watch a trailer here!

We met up with L.J.M. Owen in Canberra! Watch our live interview here or read our Q&A here. 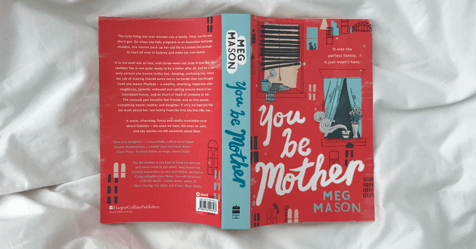