Hugh van Cuylenburg talks to Cheryl Akle about resilience, gratitude and happiness, and about getting better at being wherever you are.

Hugh van Cuylenburg has been working in education for more than 17 years, teaching both primary and secondary in a range of educational settings. He has completed postgraduate studies looking at resilience and wellbeing, and has developed and facilitated programs for more than a thousand schools Australia-wide.

Outside of schools and elite sport, Hugh has presented to hundreds of corporate organisations as a keynote speaker, and for three years running his national speaking tour has sold out. He is also co-host of the popular podcast The Imperfects. 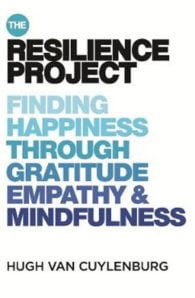 The key steps to leading a happier, more contented and fulfilling lifeHugh van Cuylenburg was a primary school teacher volunteering in northern India when he had a life-changing realisation: despite the underprivileged community the children were from, they were remarkably positive. By contrast, back in Australia Hugh knew that all too many children struggled with depression, social anxieties and mental illness. His own little sister had been ravaged by anorexia nervosa.How was it that young people he knew at home, who had food, shelter, friends and a loving family, struggled with their mental health, while these kids seemed so contented and resilient? He set about finding the answer and in time came to recognise the key traits and behaviours these children possessed were gratitude, empathy and mindfulness.In the ensuing years Hugh threw himself into studying and sharing this revelation with the world through The Resilience Project, with his playful and unorthodox presentations which both entertain and inform. Now, with the same blend of humour, poignancy and clear-eyed insight that The Resilience Project has become renowned for, Hugh explains how we can all get the tools we need to live a happier and more fulfilling life.

Hugh van Cuylenburg has been working in education for more than 17 years, teaching both primary and secondary in a range of educational settings. He has completed post-graduate studies looking at resilience and wellbeing, and has developed and facilitated programs for more than 800 schools Australia-wide.In 2015, the National Rugby League asked Hugh to design and implement a series of comprehensive workshops at every single club in the competition. Since then, he has worked with the Australian Cricket Team, the Australian Netball Team, the Australian Women’s Soccer Team, The Jillaroos and 10 AFL teams. Beyond the team environment, Hugh has worked one on one with individuals such as Steve Smith, Dustin Martin and Billy Slater.For three years running, Hugh’s national speaking tour has sold out.Outside of schools and elite sport, Hugh has presented to more than 300 corporate organisations as a keynote speaker. 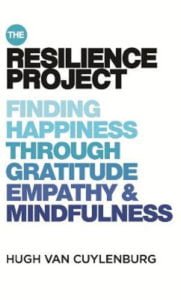 The Resilience Project: Finding Happiness through Gratitude, Empathy and Mindfulness