Mary Moody talks to Cheryl Akle about her incredible life and travels, and the death of her husband, which she writes about in The Accidental Tour Guide.

Mary Moody trained as a journalist at the Australian Women’s Weekly in the 1960s. In the 1970s she moved to the Blue Mountains with her young family and became a passionate organic gardener. She wrote and edited countless gardening books and magazines, and was a presenter on the ABC’s top rating Gardening Australia for ten years. In 2000 Mary spent six months living alone in a medieval village in southwest France. At the end of her sabbatical
she bought a house nearby that she still visits every year. She wrote four memoirs about her experiences, including the bestselling Au Revoir and Last Tango in Toulouse. Today she leads horticultural tours in France, Morocco
and the Himalayas. After the death of her husband David Hannay in 2014, Mary moved back to the Blue Mountains where she is developing a large garden in an extended family home with her son and his family. She has eleven grandchildren. I had to Make a New Life for Myself. A Different Life: Q&A with Mary Moody, Author of The Accidental Tour Guide 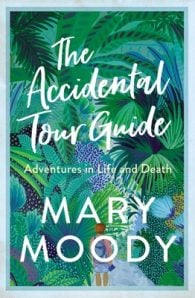 The Year of Magical Thinking meets Salvation Creek in a powerful memoir of love, loss and discovery – the third act in an extraordinary life.Mary Moody’s bestselling memoirs about her adventures in France, Au Revoir and Last Tango in Toulouse, inspired thousands of women. The Accidental Tour Guide completes the circle by sharing another major turning point in her life.When Mary loses her beloved husband, her world is turned upside down. Part of her journey to reignite her passion for living is to boldly go where she has never been before – in her travels and in her everyday life.A powerful, moving and inspiring true story about how to rebuild your life without the people who matter most. Mary trained as a journalist on Australian Women's Weekly in the late 1960s and spent several years as a reporter and feature writer on various Sydney magazines and newspapers.In the 1970s Mary moved to Leura in the Blue Mountains with her young family, and became a passionate organic gardener. She used her journalistic skills to write and edit more than forty gardening books and magazines, and for ten years she was the NSW presenter on the ABC's top rating show Gardening Australia.In 2000 Mary spent six months living alone in a small room in a medieval town in southwest France. At the end of her sabbatical she bought a nearby village house that she still visits every year. She wrote four memoirs about her experiences as an Australian woman living part time in France, as well as a cookbook and several new gardening books.Mary's passions are still family, food, gardening and travel. She leads tours in France and the Himalayas and has written a book and made a film on a local rural French restaurant, 'Lunch with Madame Murat', for the SBS Network.After the death of her husband David Hannay in 2014, Mary sold the farm where they had lived for 15 years and moved back to the Mountains where she is developing a large garden in an extended family home with her son Ethan, his partner Lynne and their three children. She now has eleven grandchildren. 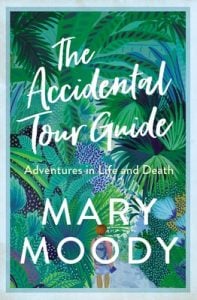