Podcast: Sophie McNeill on The Middle East and why We Can’t Say We Didn’t Know 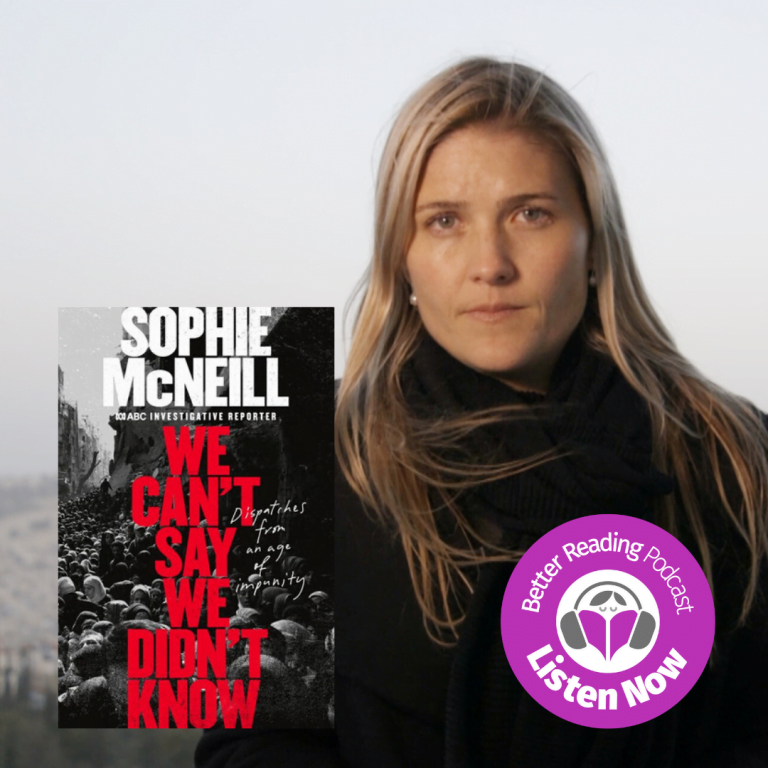 Award winning reporter and author of We Can’t Say We Didn’t Know, Sophie McNeil talks about her work in, and love of, the Middle East.

Sophie McNeill is an investigative reporter for Four Corners. A former foreign correspondent based in the Middle East for the ABC, she’s worked across the region, including in countries such as Afghanistan, Israel, Iraq, Pakistan, Syria, Yemen, Egypt, Turkey and Gaza. Sophie has twice been awarded Australian Young TV Journalist of the Year and in 2010 won a Walkley award for her investigation into the killing of five children in Afghanistan by Australian Special Forces soldiers. Sophie was nominated for a Walkley in 2015 for her coverage of the Syrian refugee crisis. Sophie previously worked as a reporter for ABC’s Foreign Correspondent and SBS’s Dateline program and is a former host of triple j’s news and current affairs program Hack. We Can’t Say We Didn’t Know is her first book.