‘I wasted too much time thinking there was a part of me I couldn’t telegraph, that I shouldn’t share. I would rework that.’ – Will Kostakis, Monuments

Late in 2019, Better Reading was awarded a grant from the Copyright Agency to produce a six-part series, A Conversation about Diversity in Children’s Writing. At the time we could not have predicted what 2020 would bring. We now understand more than ever how little we know, and how important these conversations are. It’s a time for us to ask questions, and listen to the answers provided by people who are more knowledgeable than us on this subject. In this episode, that person is Will Kostakis.

YA superstar, Will Kostakis is an award-winning author for young adults. His first novel, Loathing Lola, was released when he was just nineteen, and his second, The First Third, won the 2014 Gold Inky Award. It was also shortlisted for the Children’s Book Council of Australia Book of the Year and Australian Prime Minister’s Literary awards.

Will’s first fantasy novel, Monuments, was released in 2019 and is a Children’s Book Council of Australia Notable book. The sequel, Rebel Gods, follows this year.

Will’s novel, The Sidekicks is about three guys with separate lives who shared a best friend. And when that best friend dies they become three very different young guys who all experience loss when their mutual friend dies. One of the characters, Ryan is gay, and with the only friend who knew his sexuality now gone, his fear that people will ‘find out’ who he is becomes amplified.

Will regularly speaks at schools.

In this episode, Will and Cheryl discuss his experience around writing his truth, LGBT in Children’s Literature, how ‘diverse’ authors get labelled (and put on the diverse panels at festivals) and reflecting the real world in the literature we read. 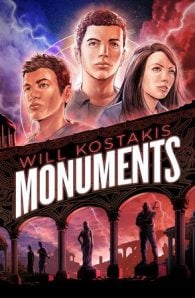 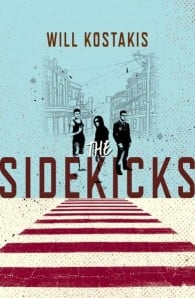 All Ryan, Harley and Miles had in common was Isaac. They lived different lives, had different interests and kept different secrets. But they shared the same best friend. They were sidekicks. And now that Isaac's gone, what does that make them?Will Kostakis, award-winning author of The First Third, perfectly depicts the pain and pleasure of this teenage world, piecing together three points of view with intricate splendour.