10 Quick Questions with Clarissa Goenawan, Author of The Perfect World of Miwako Sumida The Perfect World of Miwako Sumida is a story of how a young woman’s unexplained suicide shapes and transforms the lives of those she left behind. It’s a literary mystery with elements of magical realism set in Japan.

I’m fascinated with the idea that often, we thought that we know a person really well, but actually, we don’t. How far would you go to uncover the truth? And what if the truth is more painful than the lies?

What was the research process like for the book?
I grew up reading copious amounts of manga (Japanese comics), and I’ve been learning the Japanese language and traditional culture since high school, so that gave me a good starting point. I also consulted a huge number of books, essays, and articles, and asked some friends who were familiar with Japan to be my beta readers.

If I looked at your internet history, what would it reveal about you?
I’m currently into longboard dancing, so my internet history is filled with longboarding videos and tutorials. There are also a number of cooking-related links. Ever since the lockdown period, I’ve taken a strong interest in recreating my favourite Japanese cuisine and desserts.

Does the creative process get easier for you with each book?
I wouldn’t say the second novel was harder – or easier – than the first one. Each of them has different challenges. With the first novel, I was still exploring and discovering. The learning curve was steep. With the second novel, there was a benchmark to exceed. I knew I wanted to grow as a writer.

Proofreading, especially after I’ve grown too close to my work after spending years working on it. The final check is a very important step. I want to present the best possible book to the readers.

The easiest part is to write. It has been such a big part of me that I couldn’t think of myself not writing.

The most challenging part is to think of myself as a writer. Just like a lot of writers, I often question myself and have a lot of self-doubt. Over the years, I’ve learned to be more confident thanks to the support of my friends and readers.

I’d like to share my favourite quote from Stephen King. “If you want to be a writer, you must do two things above all others: read a lot and write a lot.” Publishing does involve luck, but luck favours those who work hard and never give up.

I’m currently working on a literary suspense. Just like Rainbirds (my debut novel) and The Perfect World of Miwako Sumida, it is set in Japan. The three novels are not in a series, but they are interrelated and set in the same universe. You’ll see characters in one book make appearances in the others. Do keep a lookout for the side characters, because they might be the main characters for the next book. 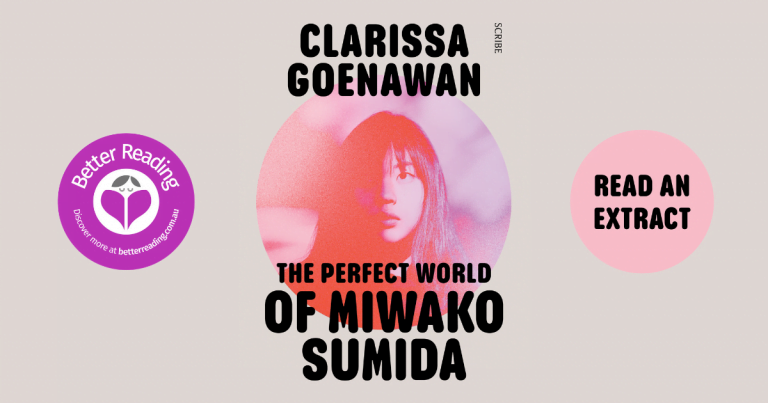 Beautiful and Haunting: Read our Review of Clarissa Goenawan's The Perfect World of Miwako Sumida 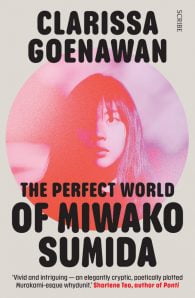 A bewitching novel set in contemporary Japan about the mysterious suicide of a young woman. Miwako Sumida is dead.Now those closest to her try to piece together the fragments of her life. Ryusei, who has always loved her, follows Miwako’s trail to a remote Japanese village. Chie, Miwako’s best friend, was the only person to know her true identity — but is now the time to reveal it? Meanwhile, Fumi, Ryusei’s sister, is harbouring her own haunting secret.Together, they realise that the young woman they thought they knew had more going on behind her seemingly perfect façade than they could ever have dreamed. 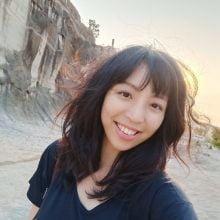 Clarissa Goenawan is an Indonesian-born Singaporean writer. Her debut novel Rainbirds won the 2015 Bath Novel Award and was shortlisted for three further prizes. Her short stories have won several awards and been published in various literary magazines and anthologies. The Perfect World of Miwako Sumida is her second novel. 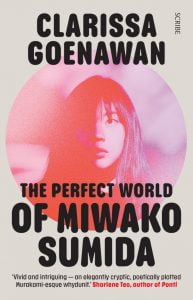 The Perfect World of Miwako Sumida