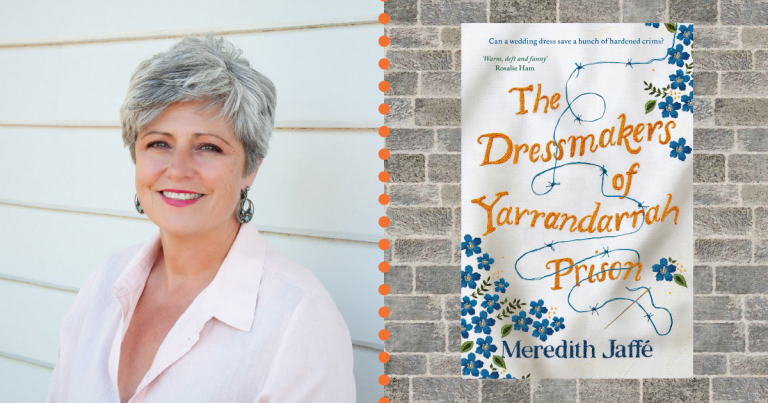 The Dressmakers of Yarrandarrah Prison is about a guy called Derek who embezzled funds from the golf club to feed his gambling habit. When he went to prison, his wife divorced him and turned their one and only daughter, Debbie, against him. He hasn’t seen or heard from Debbie in five years. So when he finds out she’s getting married, Derek hatches a plan to prove how much he loves her and win back her affections: him and his mates from the prison sewing group decide to make her wedding dress. What could possibly go wrong?

Back when I was the books editor for The Hoopla, I was preparing to interview the UK writer Esther Freud (Mr Mac and Me, Hideous Kinky) and came across an article she wrote about the British charity, Fine Cell Work. Volunteers from Fine Cell Work go into prisons and teach men (because the prison population is predominantly male) highly skilled needlework and the men are paid for each item they produce under the program. Some of their work hangs in the Victoria and Albert Museum, you can buy their products in shops such as Colefax and Fowler, even the Queen has some of their work in Buckingham Palace. For some bizarre reason that I cannot explain, my immediate thought was, what if one of the guys decided to make his daughter’s wedding dress?

Intensive! The only prisons I have ever been in are the crumbling sandstone edifices from a bygone era type. I was supposed to tour Long Bay but when Covid hit, that put a stop to that. So I read anything and everything I could get my hands on. Memoirs, prison blogs and chat forums, PhDs, correctional handbooks, and discussion papers. Anything that would give me a sense of the structure and routine of prison life. I wanted to make sure the novel, whilst pure fiction, was grounded in an authentically rendered environment. I guess you could call it a form of world-building. Then last year I happened to meet someone who used to teach art at a gaol for the past twenty years. She and her contacts proved invaluable in fact-checking the novel. It gave my confidence an enormous boost to know that Yarrandarrah, while totally a figment of my imagination, could be real.

Every novel seems to present its own challenges. Sometimes it is about finding the right structure to tell the story. Sometimes it’s a tricky plot point or finding ways to surprise the reader. But I also set myself a challenge for each book. So for instance, with The Dressmakers of Yarrandarrah Prison, I wanted to write a piece of feel-good fiction. A book that readers wanted to race to the end to find out what happened but then didn’t want the book to finish because they were enjoying themselves so much. I love reading books like that. You finish it with a big sigh, maybe wiping away a tear or two, and have to spend a few days thinking about the characters before you are ready to move on to a new book. I’ve now discovered that writing a book like that is much harder than it looks!

There are some writers where I would buy their books without even knowing what it was about because I love the way they write. Maggie O’Farrell for instance or Margaret Atwood. I am a massive fan of Elizabeth Gilbert’s fiction (I haven’t read any of her non-fiction – yet!) I am in awe of Marian Keyes’ talents. Ditto Rosalie Ham. Like everyone else who has read it, I am raving about Emily Maguire’s new novel, Love Objects. My favourite (living) crime writers are Michael Robotham and Candice Fox. I am currently reading The Winter Road by Kate Holden. She’s such a compelling and lyrical writer. This is a fantastic work of non-fiction.

I normally write in the morning when I am full of beans and fresh ideas. I try and write two thousand words a day, five days a week but I don’t usually do five consecutive days as I find I get stale and fidgety. Afternoons are for administration and writing of other kinds like social media posts or my newsletter. I am also the Festival Director for StoryFest so that is where I spend one of my days off writing and many afternoons. Right now I am two-thirds of the way through a new novel called, I Forgive You. My elevator pitch for that is, how many ways can you break a marriage? Highly Original and Moving: Read an Extract from Meredith Jaffé's The Dressmakers of Yarrandarrah Prison 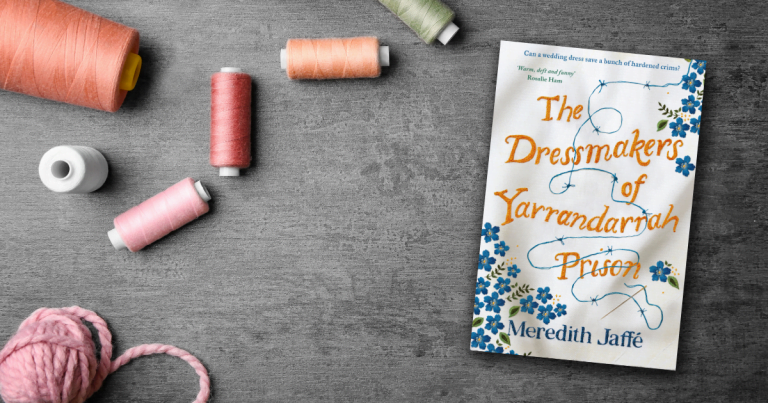 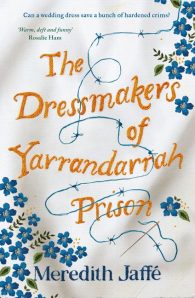 Can a wedding dress save a bunch of hardened crims? The Full Monty meets Orange is the New Black in a poignantly comic story about a men's prison sewing circle. Derek's daughter Debbie is getting married. He's desperate to be there, but he's banged up in Yarrandarrah Correctional Centre for embezzling funds from the golf club, and, thanks to his ex-wife, Lorraine, he hasn't spoken to Debbie in years. He wants to make a grand gesture - to show her how much he loves her. But what? Inspiration strikes while he's embroidering a cushion at his weekly prison sewing circle - he'll make her a wedding dress. His fellow stitchers rally around and soon this motley gang of crims is immersed in a joyous whirl of silks, satins and covered buttons. But as time runs out and tensions rise both inside and outside the prison, the wedding dress project takes on greater significance. With lives at stake, Derek feels his chance to reconcile with Debbie is slipping through his fingers... A funny, dark and moving novel about finding humanity, friendship and redemption in unexpected places. 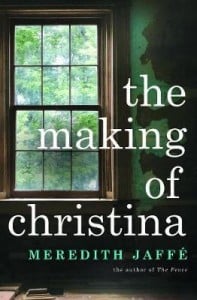 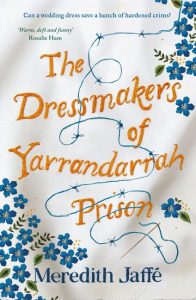