A Haunting Small-Town Mystery: Read an Extract from The River Mouth by Karen Herbert Colin’s last class was tech drawing, so he got to the bus stop first. He put his bag next to the stop sign to claim his place at the front of the line and retreated to the basketball court fence to wait in the shade.

The bus would be a while. It had to pick up the little kids from the primary school. He watched the other students as they dribbled across the school oval. Some of the first years still thought it was fun to run headlong down the grassed slope from the quadrangle to the ovals.

No-one had shamed it out of them yet, at least not the boys. Colin doesn’t know how girls work that kind of thing out. He couldn’t see them beating each other up but he couldn’t see them politely taking each other aside and explaining the rules of high school either. He sniggered as he saw two first year girls run down the slope, lose their balance, and go tumbling, skirts up and pink knickers on show. A group of boys whistled and jeered, and the girls picked themselves up and dashed for the bus stop, laughing and bags flying…

Better Reading acknowledges the support provided by Copyright Agency for us to promote The River Mouth. Q&A with Karen Herbert, Author of The River Mouth A Gripping Australian Crime Debut: Read Our Review of The River Mouth by Karen Herbert Your Preview Verdict: The River Mouth by Karen Herbert 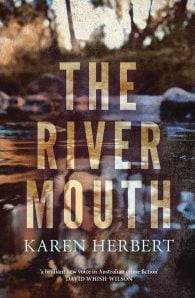 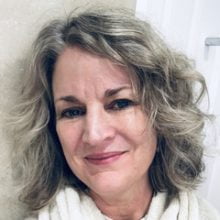 Karen Herbert spent her childhood in Geraldton on the midwest coast of Australia, attending local schools before moving to Perth to study at the University of Western Australia where she attained a Bachelor of Commerce with First Class Honours. She also holds a Master of Science in Applied Psychology. Karen has worked in aged care, disability services, higher education, Indigenous land management, social housing and the public sector, and is a graduate member of the Australian Institute of Company Directors. She is a Board Member of The Intelife Group, a Board Observer at Advocare, and President of the Fellowship of Australian Writers (WA). Karen lives in Perth, Western Australia with her husband, Ross, and the occasional fledgling. 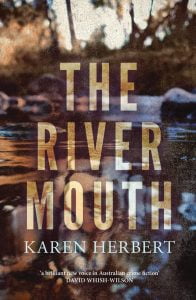