A Remarkable Debut: Read an Extract from The Last Beekeeper by Siya Turabi A blackbuck deer with horns like waves. And it was dying. Hassan recognised it from lessons at school. Or was it a hog deer, or a gazelle? It could be an Indian gazelle. No, it was definitely a blackbuck deer. It hadwhite fur on its chinand it was too big for a gazelle.

The train came to a stop, puffing and clanking as Hassan stood and looked down at the animal, thrown a few metres away from the railway line.

Groans and shrieks came from full carriages. People on the roof stared at the deer. Some climbed down metal ladders at the side of the train and crowded round Hassan. Baluchi, Punjabi, as well as local Sindhi speakers from the northern parts of Sindh on their way to work in the fields and factories of Harikaya. Dialects from neighbouring provinces flew around him.

‘These are Mir Saab’s deer,’ one man said, his Sindhi hat shaped like an upturned boat.

Some shook their heads, some sighed, but no one looked as flustered as the driver who came up, scratching his head. ‘Accidents aren’t illegal,’ he said.

‘Bound to happen. He lets them roam as they please.’ That was another man, small and shirtless.

‘What if we lose our jobs?’ another asked.

Hassan stepped back; they stank. Not surprising after a day’s travelling in a hot, cramped train.‘The jackals and vultures will eat it overnight,’ someone said.

The deer stopped breathing. Death was an opportunity in Harikaya. Flies were gathering around a clean gash in the deer’s white chest. The evening heat was still strong enough for decay to set in…

Buy a copy of The Last Beekeeper here. A Captivating Coming-Of-Age Tale: Read Our Review of The Last Beekeeper by Siya Turabi 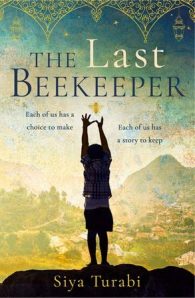 Pakistan, 1974: The secret-wreathed trees of Harikaya have always called to Hassan. He knows if he doesn’t find the last beekeeper and salvage a precious jar of his mythical black honey before the floods come, his mother will lose her sight.But then he wins a scholarship to study with the state governor in Karachi amidst a brewing storm of political turmoil and simmering espionage.His entire world is turned upside down when he meets Maryam, the governor’s niece visiting from London.All the while the fate of his mother and his promise to the bees calls him back to the forest, and so he must decide: Maryam or the beekeeper, England or Pakistan, his head or his heart.One of the most exciting debuts of 2021, this is a lyrical historical novel of family, friendship, and self-discovery exploring the power of choice in a changing world and love in communion with nature. Perfect for fans of Christy Lefteri, Yann Martel, and Monique Roffey.

Siya’s passion for writing and storytelling began early on in childhood when she read and imagined stories for her siblings. From a family of poets and storytellers, she was born in Karachi and came to the UK as a two-year old with her parents. She was brought up in Manchester and moved to London to study Biochemical Engineering. After a long, winding path as a student, teacher and art therapist, she started her first novel, The Last Beekeeper, at the age of 40. 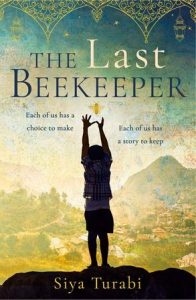