Chilling and Twisty: Take a Sneak Peek of Her Last Holiday by C.L. Taylor Fran’s rage has reached boiling point. The stifling heat of the tube carriage, the scrum of warm, sweaty bodies and the woman continually smacking her knees with her oversized shopping bag have pushed her too far. She’s one tut away from combusting.

Her day started with an ominous burning sensation when she went to the toilet. Irritating. A UTI was something she simply didn’t have time for, especially when her Year Elevens were weeks away from taking their ICT GCSE.

When she arrived at St George’s Academy an hour later her mood wasn’t helped by an email from Nigel Flemming, Deputy Head, informing all teachers that, owing to staff shortages, they would have to take it in turns to supervise the seclusion room for disruptive students. And it continued to sour when she lugged an armful of heavy textbooks to the photocopier only to discover an ‘out of order’ notice taped to the top. She sighed. A urinary tract infection, the loss of a free period and a five minute walk across school to find another photocopier would not unhinge her. These were minor irritations, not life-changing events. If I can survive the last two years, she told herself, I can deal with this.

Now all Fran wants to do is escape from the hell that is the London Underground, get home, use the toilet, change into her pyjamas and crawl into bed, but the carriage is packed and every time they stop at a station it takes at least three attempts to close the doors. As the train slows into Kilburn station, the woman with the enormous bag stops tormenting Fran and squeezes her way through the mass of bodies to the door. Simultaneously, the people either side of her shuffle to fill the space she left behind. Someone stands on Fran’s foot, making her wince. She looks up sharply but if the grey-haired man in a suit registers her annoyance, he doesn’t acknowledge it. Instead, he continues to gaze over the heads of the other passengers, wearing the weary, blank expression of a London commuter. Fran sucks in the warm, fusty carriage air, an objection forming on her lips. There’s no excuse for a lack of manners and— The Master of Suspense is Back: Read our Review of Her Last Holiday by C.L. Taylor 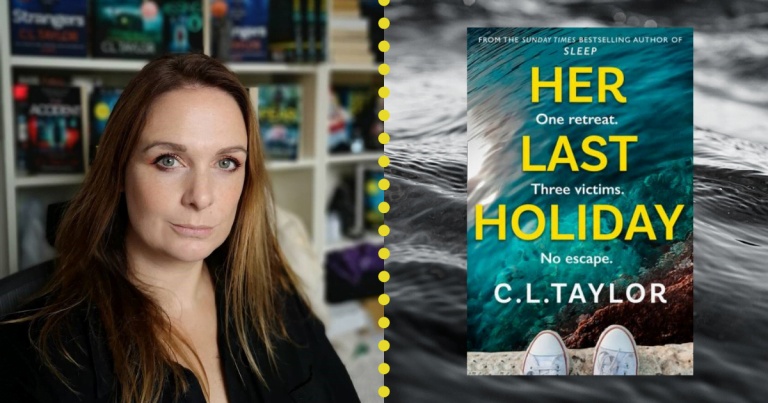 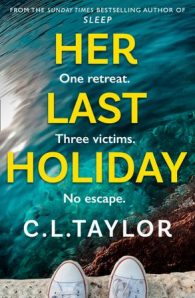 You come to Soul Shrink to be healed. You don’t expect to die. Two years ago, Fran’s sister Jenna disappeared on a wellness retreat in Gozo that went terribly wrong. Tom Wade, the now infamous man behind Soul Shrink Retreats, has just been released from prison after serving his sentence for the deaths of two people. But he has never let on what happened to the third victim: Jenna. Determined to find out the truth, Fran books herself onto his upcoming retreat – the first since his release – and finds herself face to face with the man who might hold the key to her sister’s disappearance. The only question is, will she escape the retreat alive? Or does someone out there want Jenna’s secrets to stay hidden? The master of suspense is back. Prepare yourself for the latest heart-in-mouth rollercoaster ride from the Sunday Times bestseller. 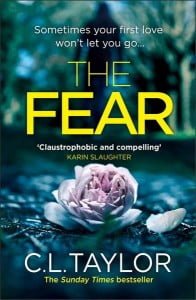 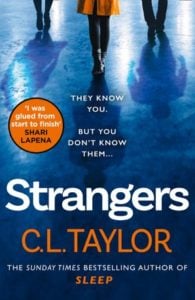 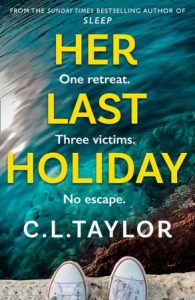