We spoke two languages in our family – English and aviation. Spot tests on the pilot’s phonetic alphabet could come at any time.

‘Whiskey!’ We’d call out in response.

We had our own small plane for nine years and it never crossed my mind that flying was anything but the most natural way to get from one place to another.

Then, in 1993 while I was the ABC’s North Queensland reporter, a six-seater plane we had chartered for work was caught in a heavy storm. While rain was lashing my window, there was a sudden loss of power and the motor on the left spluttered and died. The drop in altitude hit my gut so fast my brain couldn’t understand what was happening. The engine on the right revved like mad trying to keep us airborne… 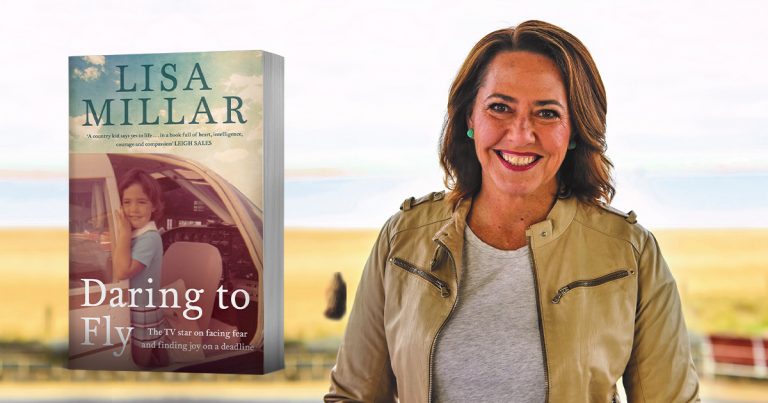 It Was Time to Write My Own Story: Q&A with Journalist and Author Lisa Millar Absorbing and Inspiring: Read Our Review of Lisa Millar’s Daring to Fly Podcast: Lisa Millar on Overcoming Her Fear of Flying 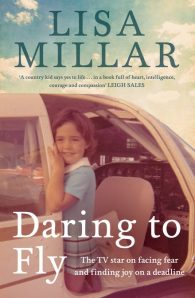 Lisa Millar has spent her whole life showing up, getting things done and making things happen. As a child growing up in country Queensland, she dreamed of a big life. Working as a foreign correspondent gave her that, but it also meant confronting the worst that humanity can bring. Three decades as a journalist witnessing tragedy had a cost. And an ever-escalating fear of flying threatened to rob her of her ability to work at all. For that young girl from small-town Kilkivan, who had to push herself to keep going, push herself to conquer fear, push herself to tell important stories, finally came the realisation that sometimes all we really need is what we already have. And she shows us that we are all stronger and more resilient than we give ourselves credit for if we just dare to let ourselves fly. Lisa Millar is the co-host of ABC TV's News Breakfast. Millar returned to the ABC in Australia after finishing a decade-long posting as bureau chief in both London and Washington DC, covering some of the world's biggest stories. She began her career at the Gympie Times in 1988 and has worked in print, TV and radio. She won a Walkley Award in 2005 for investigative reporting. 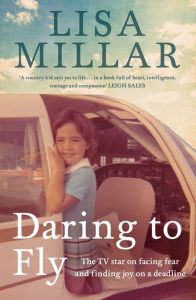