A poodle or a werewolf: Read an extract from 100% Wolf by Jayne Lyons A werewolf is actually a wolf for one night each month, when the moon is full. Anyone can tell when a wolf is a wolf, but how exactly do you spot a boy who is a wolf? That is the challenge for a wolf hunter, as Dr Foxwell Cripp would tell anyone who would listen to him (which wasn’t many people).

One clue is to look for hairs growing in the palm of the hand. Frederick Poncenby Lupin had them. Right there, a little black tuft in the middle of each palm. Frederick was called Freddy by most people, but not by his uncle. he called him “that foolster Frederick!”

His uncle was the most terrifying (and very hairy) Sir Hotspur Lupin………. A ferocious.....poodle? Read another extract from 100% Wolf by Jayne Lyons 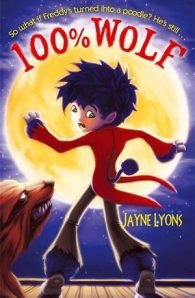 Shock horror! Utter humiliation! Freddy's first werewolf transformation has turned him into a poodle! Get ready to laugh with the story that has now been adapted into a hilarious family movie.Freddy Lupin is from a noble family of werewolves. But his first Transwolfation is a disaster when Freddy turns into a yapping poodle instead of a ferocious werewolf. Now his snooty Uncle Hotspur will hate him even more. Just when Freddy thinks life can't get any worse, he's thrown into dog prison.Will Freddy and his streetwise dog friend, Batty, escape their prison? Who is the sinister man following their every move? Can Freddy prove that he's still 100% wolf and save the werewolf pack from disaster?Now an Australian Animated Major Motion Picture from Flying Bark Productions, distributed by Universal Content Group 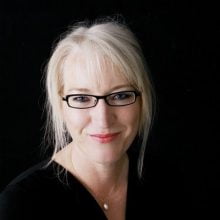 Jayne Lyons is an internationally published children’s author who loves to write irreverent page-turning comedy action. Born and raised in Liverpool, UK, Jayne combines the unlikely loves of nineteenth-century literature with being a sport tragic – especially soccer. Jayne has travelled the world with her day job as a geologist. She moved to Australia in 2005 and now works in combating climate change by offsetting carbon emissions. 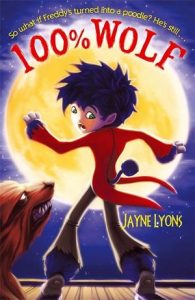