A Thought-Provoking Celebration of Words: Take a Sneak Peek at The Dictionary of Lost Words by Pip Williams Before the lost word, there was another. It arrived at the Scriptorium in a second-hand envelope, the old address crossed out and Dr Murray, Sunnyside, Oxford, written in its place.

It was Da’s job to open the post and mine to sit on his lap, like a queen on her throne, and help him ease each word out of its folded cradle. He’d tell me what pile to put it on and sometimes he’d pause, cover my hand with his, and guide my finger up and down and around the letters, sounding them into my ear. He’d say the word, and I would echo it, then he’d tell me what it meant.

This word was written on a scrap of brown paper, its edges rough where it had been torn to match Dr Murray’s preferred dimensions. Da paused, and I readied myself to learn it. But his hand didn’t cover mine, and when I turned to hurry him, the look on his face made me stop; as close as we were, he looked far away.

I turned back to the word and tried to understand. Without his hand to guide me, I traced each letter. 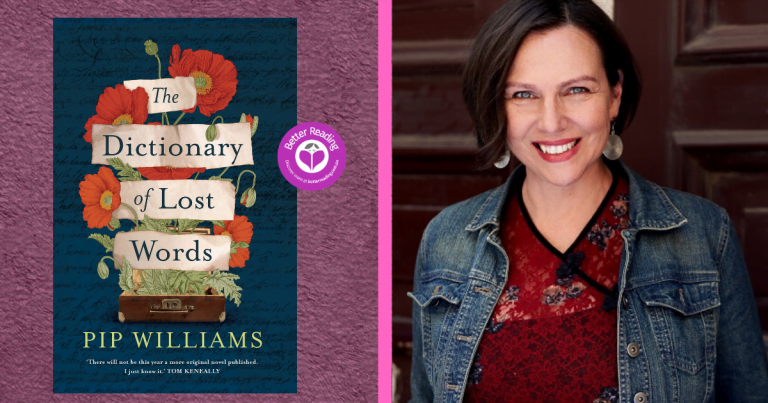 Everyone is Talking about The Dictionary of Lost Words By Pip Williams. Here, Pip Has Her Say The Dictionary of Lost Words by Pip Williams is Absolutely Extraordinary Motherless and irrepressibly curious, Esme spends her childhood in the Scriptorium, a garden shed in Oxford where her father and a team of lexicographers are gathering words for the very first Oxford English Dictionary. Esme’s place is beneath the sorting table, unseen and unheard. One day, she sees a slip containing the word bondmaid flutter to the floor unclaimed. Esme seizes the word and hides it in an old wooden trunk that belongs to her friend, Lizzie, a young servant in the big house. Esme begins to collect other words from the Scriptorium that are misplaced, discarded or have been neglected by the dictionary men. They help her make sense of the world. Over time, Esme realises that some words are considered more important than others, and that words and meanings relating to women’s experiences often go unrecorded. She begins to collect words for another dictionary: The Dictionary of Lost Words. Set when the women’s suffrage movement was at its height and the Great War loomed, The Dictionary of Lost Words reveals a lost narrative, hidden between the lines of a history written by men. It’s a delightful, lyrical and deeply thought-provoking celebration of words, and the power of language to shape our experience of the world. 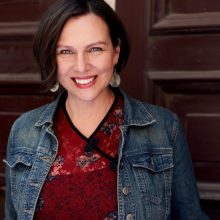 Pip was born in London, grew up in Sydney and now calls the Adelaide Hills home. She is co-author of the book Time Bomb: Work Rest and Play in Australia Today (New South Press, 2012) and in 2017 she wrote One Italian Summer, a memoir of her family’s travels in search of the good life, which was published with Affirm Press to wide acclaim. In The Dictionary of Lost Words she combines her talent for historical research with beautiful storytelling. She has delved into the archives of the Oxford English Dictionary and found a tale of missing words and the lives of women lived between the lines. 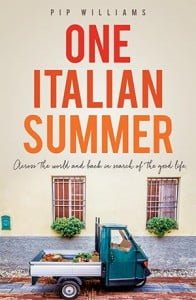 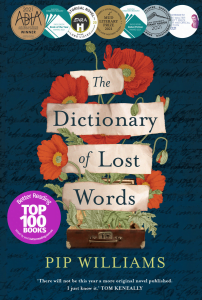