Action-Packed: Read an Extract from Gone to Ground by Bronwyn Hall It took us a few moments longer than it should have to notice the woman had died.

I looked at the woman’s face, her closed eyes—remarkably peaceful, all things considered. Her chest was motionless.

‘Damn it.’ I checked her pulse just in case. Nothing.

We’d been working on her through the night: trying to stop her bleeding; trying to get her stable. But there were only the two of us left and precious few supplies, mitigating factors that did nothing to alleviate the regret flooding through me.

Over a decade older than me, and at least two decades more exposed to these kinds of impossible circumstances, Michael had his own approach to coping with disappointment. He bowed his head and made the Sign of the Cross. I waited until he’d finished before I lifted the paper sheet over the woman’s head.

‘Do we know what her name was?’ I asked.

‘No. The men who brought her ran away as soon as they got her to the door. We do not know anything about her.’

What he meant was, we didn’t know anything nice about her. Anything about her as a living, breathing member of a family and community. About the violence inflicted upon her, we knew plenty…

Buy a copy of Gone to Ground here. Heart-Stopping Thriller: Read Our Review of Gone to Ground by Bronwyn Hall 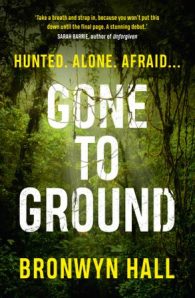 A heart-in-the-mouth and utterly addictive adventure thriller from a phenomenal debut Australian talent.UN surgeon Rachel Forester is posted at a remote medical clinic deep in the jungle of the Democratic Republic of the Congo. With violence escalating in the region, Dr Forester risks her life by remaining to tend an injured child while the rest of her team evacuates. On the cusp of her final desperate chance to leave, a soldier is carried into the camp by three other members of his unit, his condition so critical, his airlift must take priority over hers.With no help coming, and in the path of warring militias, this small unit must flee through the heart of the jungle to reach the safety of the province capital. But in the dark wilderness lies a strangling web of crime and corruption. As they get deeper, they discover a sinister mining operation and stolen children with evidence indicating shadowy ties to the UN. But aren't those the people Dr Forester works for? The only people who know she's still lost out there? And now, the people who want her dead?The further they delve, the more the web closes around them. Will they make it out alive? 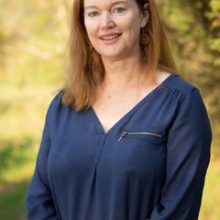 Bronwyn Hall never intended on being a writer. Her career has been spent working in health and community services, spanning aged care, disability and mental health. She has a bachelor's degree in English Literature (and Psychology-for the day job) and she comes from a family of passionate readers. Born and bred in Australia, Bronwyn has a love for new cultures and environments, having lived for several years in both Papua New Guinea and Brazil. She is deeply intrigued by the extraordinary breadth of qualities that make up the complex creatures called humans - not least, their quiet conquering of adversity. Bronwyn lives and writes on Wurundjeri land in Melbourne, Australia. 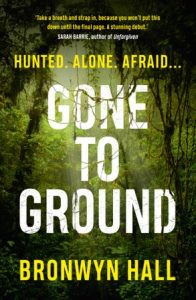