Alice woke with a start, seagulls screeching from the gabled rooftop. The dawn-glow bled through uneven curtains, illuminating the white wicker crib that stood only a few feet away. She was curled on her side at the very edge of the bed, eye-level with the crib, which sat beside the splintered paintwork of the windowsill.

Her lips curved into a smile. She needed to nurse Eadie now, just as the midwife had shown her the day after the birth. Alice tried to ease herself up onto one elbow, but her limbs were so weak with tiredness that her arm wouldn’t support her, and she collapsed back onto the pillow. Everything was so tranquil; Eadie must still be sleeping—this most precious time preserved—and all Alice could hear was her own breathing. It was clear that no one else in the guest- house was awake. 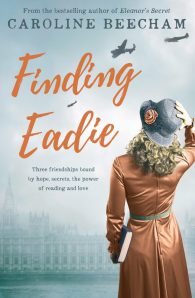 London 1943: War and dwindling resources are taking their toll on the staff of Partridge Press. The pressure is on to create new books to distract readers from the grim realities of the war, but Partridge's rising star, Alice Cotton, leaves abruptly and cannot be found.Alice's secret absence is to birth her child, and although her baby's father remains unnamed, Alice's mother promises to help her raise her tiny granddaughter, Eadie. Instead, she takes a shocking action.Theo Bloom is employed by the American office of Partridge. When he is tasked with helping the British publisher overcome their challenges, Theo has his own trials to face before he can return to New York to marry his fiancee.Inspired by real events during the Second World War, Finding Eadie is a story about the triumph of three friendships bound by hope, love, secrets and the belief that books have the power to change lives. 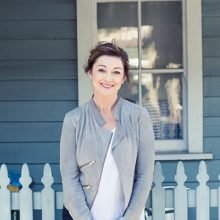 Caroline Beecham is a novelist, writer and producer. She is the author of three books: the bestselling novel Maggie's Kitchen, published August 2016, Eleanor's Secret, published May 2018, and Finding Eadie, July 2020. Her debut novel was shortlisted for Booktopia's Best Historical Fiction in 2016 and nominated for Book of the Year and Caroline for Best New Author by AusRom Today. She has worked in documentary, film and drama, and discovered that she loves to write fiction and to share lesser known histories; in particular, those of pioneering women whose lives transport us back to the past, yet speak to us now. Caroline studied the craft of novel writing at the Faber Academy in Sydney, with Curtis Brown Creative in London, and has a MA in Film & Television and a MA in Creative Writing. She lives in Sydney with her husband and two teenage sons, and is working on a fourth novel and adapting Maggie's Kitchen as a drama series. 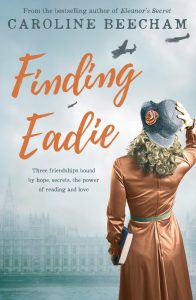