Bring Some Silence Into Your Life: Try an Extract From Christine Jackman’s Turning Down the Noise Ifell in love with silence long before I could name it.
Perhaps we all do. Perhaps it is there, that human attraction to silence, gently imprinted on our genes as uniquely and as indelibly as our own fingerprints, from the time we bob like little satellites in the soft, dark universe of our mother’s womb.

But once we enter this noisy and colourful world, the power of silence is eclipsed. There are so many exciting things to discover, not least the impact that our own noises—crying and cooing, screaming and babbling, and finally words and sentences—have on the people around us.

Eclipsed, then, but not erased. I believe the memory of silence lingers somewhere, like a first love, in our unconsciousness. Sometimes it might give us a nudge, like a deja vu, a familiar chord resonating somewhere deep in our souls. The question is whether we turn to it again—whether we choose to reignite this ancient human love story amid all the babble, the pings, the alerts, the alarms of daily life.

The first time I felt a pull towards something bigger than me, some- thing that felt like a welcoming space without being physically tangible, something as soothing as a parent’s whisper and yet not audible, was in the early 1970s. It was a time when a generation of young hippies were ditching relatively privileged lives in the West to immerse themselves in the esoteric practices of yoga, chanting and meditation found in places like India, Tibet and Nepal. But nothing quite that exotic was happening in Brisbane, Queensland. And besides, I was just four years old. Podcast: Christine Jackman on How to Find Silence in a Noisy World 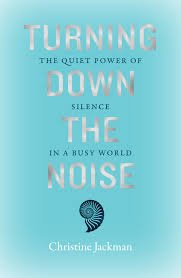 Through her personal quest for a better way of being, author and respected journalist Christine Jackman seeks out the best ways to regain clarity and peace of mind in a busy and noisy world.Author Christine Jackman knew her life looked successful - an executive position in Sydney, a house in a harbourside suburb, meetings with CEOs and phone calls with government ministers - but it didn't feel that way. Inside, she felt constantly off balance, her thoughts and internal compass - as well as her ability to care for the people she loved most - drowned out by the noise in her life.So Jackman embarked on a quest for a better way of being. Turning Down the Noise follows her journey as she explores what is happening to our brains, our lives and our communities as we navigate a never-ending assault on our senses and attention, whether from actual noise, exposure to media or the pings and alerts on our phones. More importantly, she reveals how we can reverse the damage through simple daily acts designed to strip out the stimuli and reclaim the silence.Seeking ways to channel and capture the clarity and peace of mind so often lacking in our lives, Jackman writes with a lightness of touch, sharing her own experiences and digging into her subject with the zeal of an investigative journalist and an enquiring mind. 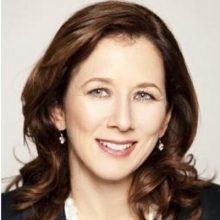 Christine Jackman began her career as a journalist with The Courier-Mail in Brisbane, Australia, in 1993. She has worked in New York as a foreign correspondent for NewsCorp, in the Canberra press gallery and as the social issues writer for The Australian. After several years as an award-winning staff writer for The Weekend Australian Magazine, Christine embraced freelance journalism, with features published in Good Weekend, Vogue and The Australian Women's Weekly. She is also a communications consultant.

Turning Down The Noise