Hair-Raiser: Read an Extract from The It Girl by Ruth Ware Afterwards, it was the door she would remember. It was open, she kept saying to the police. I should have known something was wrong.

She could have retraced every step of the walk back from the hall: the gravel crunching beneath her feet of the path across Old Quad, under the Cherwell Arch, then the illegal shortcut through the darkness of the Fellows’ Garden, her feet light on the dew-soaked forbidden lawn. Oxford didn’t need keep off the grass signs; that lawn had been the preserve of dons and fellows for more than two hundred years without needing to remind undergraduates of the fact.

Next, past the Master’s lodgings and along the path that skirted round the New Quad (close on four hundred years old, but still a hundred years younger than the Old Quad). Then up staircase VII, four flights of worn stone steps, right up to the top, where she and April slept, on the left-hand side of the landing, opposite Dr. Myers’s rooms.

Dr. Myers’s door was closed, as it always was. But the other door, her door, was open. That was the last thing she remembered. She should have known something was wrong.

But she suspected nothing at all.

She knew what happened next only from what the others told her. Her screams. Hugh following her up the stairs, two at a time. April’s limp body sprawled across the hearth rug in front of the fire, almost theatrically, in the photos she was shown afterwards.

But she could not remember it herself. It was as if her brain had blocked it out, shut down, like a memory glitch on a computer: file corrupted—and no amount of patient questioning from the police ever brought her closer to that actual moment of recognition..

Buy a copy of The It Girl here. 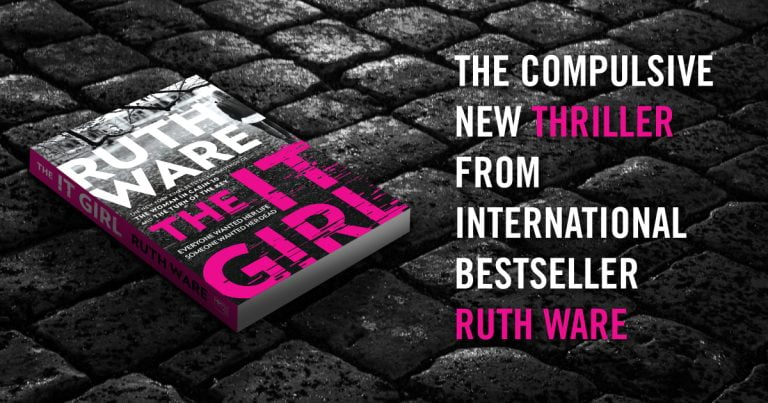 Propulsive Contemporary Thriller: Read Our Review of The It Girl by Ruth Ware 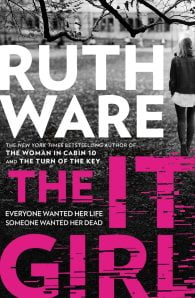 Everyone wanted her life Someone wanted her deadIt was Hannah who found April’s body ten years ago. It was Hannah who didn’t question what she saw that day. Did her testimony put an innocent man in prison?She needs to know the truth.Even if it means questioning her own friends. Even if it means putting her own life at risk.Because if the killer wasn’t a stranger, it's someone she knows… 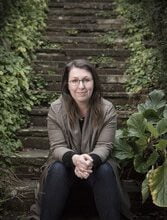 Ruth Ware worked as a waitress, a bookseller, a teacher of English as a foreign language, and a press officer before settling down as a full-time writer. She now lives with her family in Sussex, on the south coast of England. She is the #1 New York Times and Globe and Mail (Toronto) bestselling author of In a Dark, Dark Wood; The Woman in Cabin 10; The Lying Game; The Death of Mrs. Westaway; The Turn of the Key; One by One; and The It Girl. 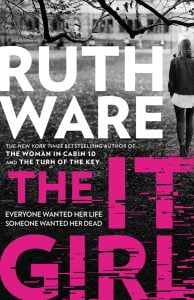