How’s That Tree Change Going? Read an Extract From Todd Alexander’s You’ve Got to Be Kidding The Beginning of the End

After almost seven years of pretending to be farmers, you would have thought we’d have got our shit together. But I was feeling just as out of my depth as I had the day we’d moved in to one hundred acres of vineyards and olive groves with our dream of opening boutique accommodation. Back then, I’d pondered just how big one hundred acres was, but that was only after signing the contract for the purchase of ‘Block Eight’ (a name we’d once been determined to change).

Though to most people we might have looked successful, in reality we were constantly worrying where our next bit of income would be coming from, praying that it’d arrive before our next bill did. Day to day, we were barely scraping through and it felt like Jeff was checking the bank balance as often as I checked myself on the scales – every few minutes. And only one of those numbers was steadily on the rise.

We weren’t being greedy. I’d have been happy to win second prize in a beauty contest the next go around the board, but instead the card I was being dealt was ‘Assessed for street repairs’.

Enough was enough. I told Jeff I would give Shelly, the local real estate agent, a call and ask her to come and chat to us about putting Block Eight on the market. She’d been the one to sell us the property in the beginning, and we’d stayed in touch with her over the years.

‘Good, because I’m so ready,’ Jeff said and opened up the laptop to begin searching for a new property to buy. You know, with that million dollars in cash we had buried in an old barrel beneath the olive tree in row twenty eight. Live Book Event: Todd Alexander, Author of You've Got To Be Kidding: A Shedload of Wine & A Farm Full of Goats Todd Alexander, author of Thirty Thousand Bottles of Wine and a Pig Called Helga, pays tribute to his mother Give Mum the Giggles This Mother's Day: Win a Signed Copy of Thirty Thousand Bottles of Wine and a Pig Called Helga by Todd Alexander Podcast: Life on a Vineyard with Todd Alexander Highs, Lows and Laughs: Q&A with Todd Alexander about his new memoir, Thirty Thousand Bottles of Wine and a Pig Called Helga Dreams Do Come True: review of Thirty Thousand Bottles of Wine and a Pig called Helga by Todd Alexander 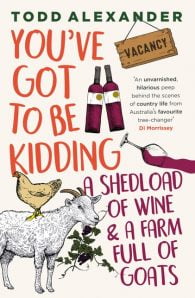 The hilarious new take on country life by one of Australia's bestselling authors. They say it takes 10,000 hours to master a new skill. Well 60,000 hours since Todd and Jeff's tree change, they should have nailed country life, right? Sure, they've made great wine, built stunning villas and even learnt how to look after rescued farm animals - but how does anyone plan for the fury of Mother Nature?Bushfires, drought, sick animals, failed crops, snakes, broken machinery, insurmountable debts, the unstoppable breeding of peafowl ...Just when they think they're on top of things, they find another hurdle in their way. Despite fierce determination, a willingness to evolve and irrepressible humour, these boys find themselves down for the count. But they aren't ready to throw in the towel just yet ... are they? 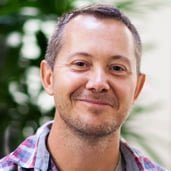 Todd is the author of eleven books including his latest novel, Tom Houghton, released by Simon & Schuster in October 2015.  A graduate of Law and Arts, Todd started his career as a bookseller and spent 12 years working at eBay.  Today, Todd runs a boutique accommodation business and vineyard in the Hunter Valley with his partner, cat, pigs, ducks and chooks.  He is also an advisor to the online marketplace, Bountye. 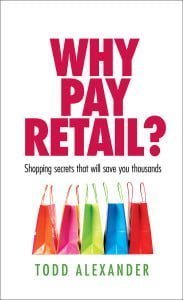 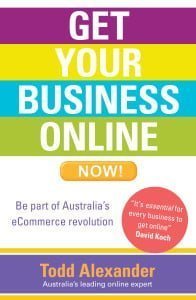 Get Your Business Online Now!

Everyday Internet At Any Age 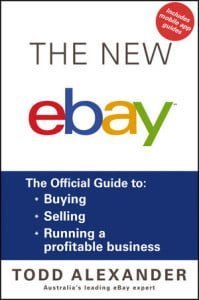 The New ebay: The Official Guide to Buying, Selling, Running a Profitable Business 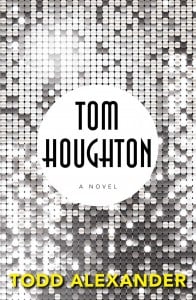 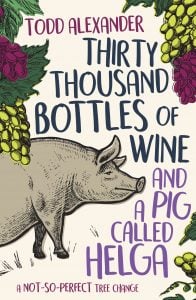 Thirty Thousand Bottles of Wine and a Pig Called Helga 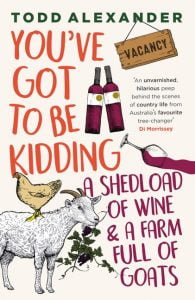 You've Got To Be Kidding: A Shedload of Wine and a Farm Full of Goats