Marine life extravaganza: Read an extract from The Secret Explorers and the Lost Whales by SJ King Connor dipped his net into the pond and scooped up a big clump of algae. Long green strands of the tiny plants trailed down. It looked like Connor had caught a watery monster. I guess I have, he thought. After all, too much algae would block out the light, and the other plants in the pond would die.

Connor had spent the morning clearing up the water. The pond was at the end of his backyard, on the other side of the white wooden fence. The leaves of the pecan trees gleamed in the warm Missouri sunshine.

Connor tipped the algae onto the bank. He was about to scoop out another clump, when he noticed something wriggling inside the net. A tadpole!

“Hey there!” said Connor. “Are you going to grow into a bullfrog? Or maybe a leopard frog?” Gently, he lowered the net so the tadpole could escape.  He watched it swim away, kicking its tiny back legs. It joined a large group of tadpoles beside some reeds.

Hold on, Connor thought. They’re hanging out in a shoal…  Those probably aren’t frog tadpoles – I think they’re toads!

Connor loved everything to do with water. His mum thought he would be a marine biologist when he grew up, and study the plants and animals in the sea.

“We’ll have to take a holiday to the coast one day,” Mum had said at breakfast. “Wouldn’t it be amazing to see the ocean?

Connor touched the compass badge on his chest. His mum didn’t know that Connor had seen lots of oceans already…

When he’d scooped out the last gloopy blob of algae, Connor propped his net against the wooden fence. It was hot now. The sunshine shimmered on the wheat fields that surrounded his house. Connor made his way indoors.

He washed his hands at the kitchen sink, then went to the pantry to get himself a granola bar. There was a postcard tacked to the pantry door. It said, “I Love Missouri Science Fair!” Connor had got first prize in the competition for growing coral in a tank.

As he reached for the door handle, he stopped in surprise.

A glowing shape had appeared next to the postcard. Pioneering the depths of the ocean: Read our review of The Secret Explorers and the Lost Whales by SJ King 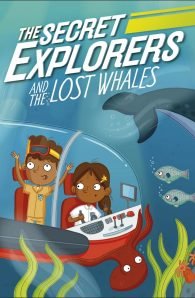 Learn about humpback whales and fascinating deep-sea creatures in this action-packed adventure story. Dive into the world of The Secret Explorers and learn about ocean life in this action-packed first instalment in a brand-new fiction series. In The Lost Whales, marine life expert Connor needs to use his underwater expertise to help save a pod of humpback whales that have lost their way. Along with space expert Roshni, he sets out in a submarine to search for a way to steer the whales back on track, but encounters unexpected problems along the way, including lost baby whales and a fleet of boats. Will The Secret Explorers manage to succeed in their mission? 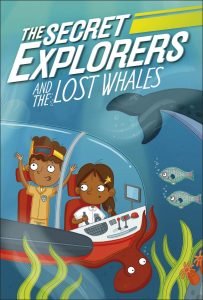 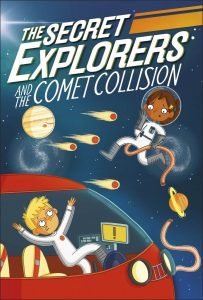 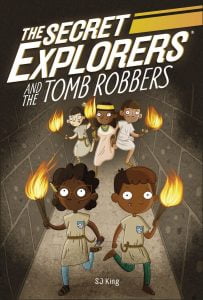 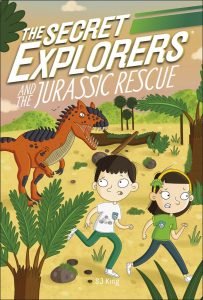