Out of this world: Read another extract from Pumpkins and Aliens by Andrew Levins and Katie Kear Nelson’s dad was a great cook. Or so everyone said. But Nelson secretly hated his cooking, and it was especially bad lately. Nelson knew that his dad wasn’t a bad cook, but Nelson hated his dad’s cooking for one very good reason: it always contained vegetables. As the main ingredient! Nelson’s dad took immense pride in his cooking. He’d never throw a steak on a plate with a side of random veggies. Nelson would always overhear him saying things like ‘Vegetables should be treated with the same amount of respect that meat gets’, which Nelson didn’t really understand but still passionately disagreed with.

Over the last few weeks, Nelson’s dad had used the award-winning pumpkins in every single dinner he’d put on the table. First there was pumpkin risotto, then there was roast pumpkin salad, pumpkin pie, pumpkin ravioli and three different kinds of thick pumpkin soup! Vegetables and superpowers: Read an extract from Pumpkins and Aliens by Andrew Levins and Katie Kear 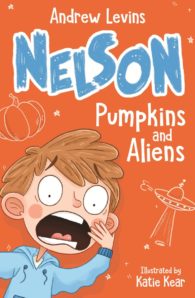 Nelson is a brand-new series from DJ, food writer, TEDx speaker, charity founder and all-round funny guy, Andrew Levins.Meet Nelson . . . he's an ordinary kid, just like you. Everyone thinks he's shy but, really, he's just bored.Nelson hates vegetables. He hates the smell of them, he hates the look of them. Most of all, he hates eating them.But what if they gave him superpowers? Superpowers he needs when an alien race he made up in class yesterday swoops into town and holds his school hostage, threatening to eat his teacher . . . 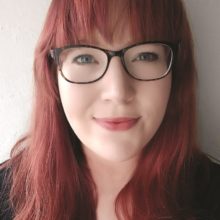 Katie Kear is a young British illustrator and has been creating artwork for as long as she can remember. She loves creating new worlds and characters, and hopes to spread joy and happiness with her illustrations! As a child, her favourite memories always involved reading. Whether it was reading her first picture books with her mother before bed, and imagining new stories for the characters, or as an older child reading chapter books into the night, she remembers always having a love for books! This is what made her pursue her career in illustration. In her spare time she loves drawing, adventures in nature, chocolate, stationery, the smell of cherries and finding new inspirational artists! 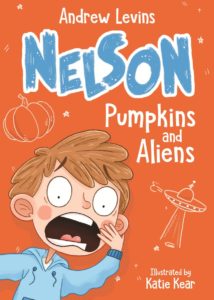 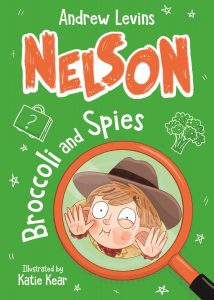 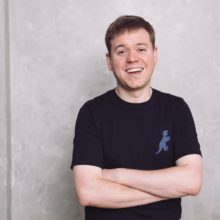 Andrew Levins has been a DJ since he was a teenager, and a food writer for almost as long. He cut his teeth as one of the inaugural DJs on FBi radio, plays most major Australian music festivals and hosts the longest-running hip-hop night in Sydney. His articles have been published by the Sydney Morning Herald, ABC Life, VICE, SBS, Good Food Guide and Time Out. In 2007 he co-founded the youth music charity Heaps Decent (with Diplo and Nina Las Vegas), and in 2009 he was named one of Sydney’s 100 Most Influential People by the Sydney Morning Herald. Since then he’s had two kids, run a successful restaurant, released a cookbook and started no less than five podcasts. The Nelson series are his first books for children.