My daughter didn’t have to testify against me. She chose to.

It’s Rose Gold’s fault I went to prison, but she’s not the only one to blame. If we’re pointing fingers, mine are aimed at the prosecutor and his overactive imagination, the gullible jury and the bloodthirsty reporters. They all clamored for justice.

What they wanted was a story.

(Get out your popcorn because, boy, did they write one.)

Once upon a time, they said, a wicked mother gave birth to a daughter. The daughter appeared to be very sick and had all sorts of things wrong with her. She had a feeding tube, her hair fell out in clumps, and she was so weak she needed a wheelchair to get around. For eighteen years no doctor could figure out what was wrong with her. "I Learned about Munchausen Syndrome by Proxy": Q&A with The Recovery of Rose Gold Author, Stephanie Wrobel 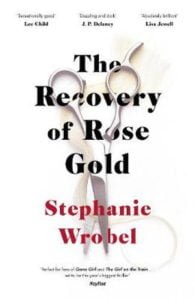 A chilling exploration into obsession, reconciliation and revenge in 2020's must-read.Rose Gold Watts believed she was sick for eighteen years.She thought she needed the feeding tube, the surgeries, the wheelchair . . .Turns out her mum, Patty, is a really good liar.After five years in prison Patty Watts is finally free. All she wants is to put old grievances behind her, reconcile with her daughter - and care for her new infant grandson. When Rose Gold agrees to have Patty move in, it seems their relationship is truly on the mend.But Rose Gold knows her mother. Patty won't rest until she has her daughter back under her thumb. Which is inconvenient because Rose Gold wants to be free of Patty. Forever.Only one Watts will get what she wants.Will it be Patty or Rose Gold?Mother, or daughter? 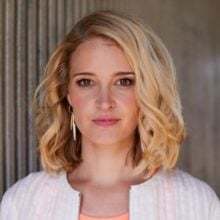 Stephanie Wrobel grew up in Chicago but has been living in the UK for the last three years with her husband and dog, Moose Barwinkle. She has an MFA from Emerson College, has had short fiction published in Bellevue Literary Review, and was nominated for the 2018 PEN/Robert J. Dau Short Story Prize for Emerging Writers. Before turning to fiction, she worked as a creative copywriter at various advertising agencies. 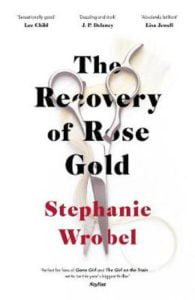 The Recovery of Rose Gold