Take a Sneak Peek at Gina Wilkinson’s Wonderful Debut, When the Apricots Bloom Huda fished the knife from the pocket of her long apricot dress. Rania eyed the jambiya’s sharp tip and buffalo-horn handle and grinned in approval.

“That’s perfect for our oath.” Rania’s amber eyes dilated with a jittery mix of fear and anticipation. “It’s even better than the knife in the American movie.”

“Last week, I saw a real American. A woman,” said the younger girl proudly. “She was on the corniche, eating ice cream and watching the boats.”

“I’ve seen plenty of foreign women in Baghdad,” said her fourteen-year-old companion, not to be outdone. “Teachers and nurses, mostly. They like to picnic by the Tigris.”

“Do you think they’ve ever sworn an oath like this?” Huda stared up at Rania. She’d grown taller and slimmer in the three months she’d been away at the prestigious Baghdad Ladies High School. Huda felt dowdy beside her, even in her favourite dress.

“What should we say?” she asked.
Rania eyed the double-bladed knife in Huda’s hand. The ivory handle was stained from years of use. She took a deep breath and straightened her shoulders.

“Today we vow to be blood sisters,” she intoned. “Closer than sisters from the same womb.”

Impressed, Huda nodded and repeated the pledge. The two girls added a promise of loyalty and to come to one another’s aid whenever called.

“Don’t forget about secrets,” said Huda. “We mustn’t keep se- crets from each other.”

Rania paused, then pressed her hand to her heart. “No secrets.”

“What’s the punishment for breaking a blood oath?” asked Huda.

Rania consulted the cloudless sky, its blue so perfect it could break a heart.

“If the blood oath is broken,” she declared theatrically, “then the penalty is sorrow.” 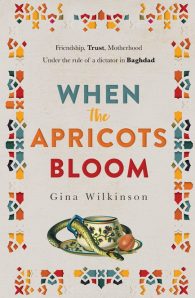 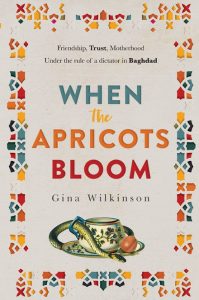