Un-ordinary adventure: Read an extract from The Unadoptables by Hana Tooke Enjoy this sample from The Unadoptables. Recommended for readers 10+

RULE ONE: The baby should be wrapped in a cotton blanket.

RULE TWO: The baby should be placed in a wicker basket.

RULE THREE: The baby should be deposited on the topmost step.

In all the years that Elinora Gassbeek had been matron of the Little Tulip Orphanage, not once had the Rules of Baby Abandonment been broken. Until the summer of 1880.

Five babies were abandoned at the Little Tulip in the months that followed and, despite the rules being clearly displayed on the orphanage’s front door, not one of these babies was abandoned sensibly.

The first baby arrived on a bright morning at the end of August, as dew glistened on the city’s cobblestone streets. Swaddled in a pink cotton blanket, and placed on the appropriate step, was a baby with cocoa-bean eyes and blonde fuzz on its head.

However, the way in which Rule Two had been disregarded left no room for forgiveness. The child was snuggled inside a tin toolbox, which had been wrapped with emerald green ribbon, as if it were a present.

‘Ugh!’ Elinora Gassbeek squawked, looking down at the toolbox-baby in disgust. She signalled a nearby orphan to retrieve it. ‘Put it upstairs.’ The orphan nodded.

‘What name shall I put on the cot, Matron?’ The matron curled her lip. Naming children was tedious, but necessary.

‘She’s got a lotta fingers, Matron!’ The baby was sucking its thumb, making loud slurping noises that sent ants crawling up the matron’s spine. She counted the child’s fingers. Sure enough, it had an extra digit on each hand. A most un-ordinary adventure: Read a review of The Unadoptables by Hana Tooke 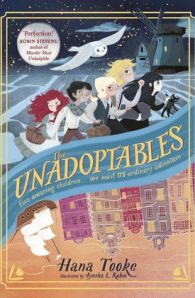 The amazing humour and world-building of Nevermoor meets the wisdom and warmth of Rooftoppers in this most un-ordinary adventure about five amazing children . . .'Milou,' Lotta said softly. 'We need adoption papers to leave. And no one except that horrid merchant wants us.' 'Well then,' replied Milou with a grin. 'We'll just have to adopt ourselves.'In all the years that Elinora Gassbeek has been matron of the Little Tulip Orphanage, not once have the Rules for Baby Abandonment been broken. Until the autumn of 1886, when five babies are left in outrageous circumstances: one in a tin toolbox, one in a coal bucket, one in a picnic hamper, one in a wheat sack, and finally, one in a coffin-shaped basket.Those babies were Lotta, Egg, Fenna, Sem and Milou; who were swiftly and firmly deemed 'the unadoptables'. Twelve years on the children still have each other - until the fateful night a most sinister gentleman appears and threatens to tear them apart. The gang decide to make a daring escape, fleeing the frozen canals of Amsterdam for an adventure packed with puppets and pirate ships, clock-makers and cruel villains - and with only a scrap of a clue to guide them to their mysterious new home . . . 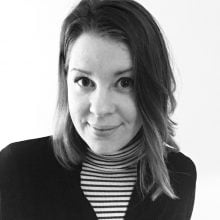 Half Dutch, half English, Hana Tooke grew up near Amsterdam and moved to the south of England at the age of twelve. After completing a degree in music, and then a PGCE, Hana was a primary school teacher for several years. Hana also completed the Bath Spa University Writing for Young People MA, and The Unadoptables was shortlisted for The Bath Children's Novel Award 2018. She lives in Bath with two humans and a cat. 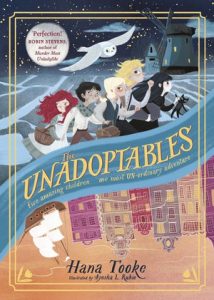