Music, Fame and Love: Read an Extract from Songs in Ursa Major by Emma Brodie As a stagehand cleared the dismantled pieces of Flower Moon’s drum set, the last shred of daylight formed a golden curve around the cymbal.

It winked at the crowd; then the red sun slipped into the sea. In the gathering dusk, the platform shimmered like an enamel shell, reverberating with the audience’s anticipation.

Any minute now, Jesse Reid would go on. Curtis Wilks stood about thirty feet from the platform with the rest of the press. There was Billboard ’s Zeke Felton, sharing a joint with a Flower Moon groupie in a beaded kaftan; Ted Munz from NME, reading over his notes under the nearest floodlight; Lee Harmon of Creem, trading stories with Time’s Jim Faust.

The Flower Moon groupie approached Curtis with the joint between her lips, eyeing the pass around his neck. It showed a picture of Curtis’s face – which Keith Moon had once compared to ‘a homeless man’s Paddington Bear’ – printed above his name and the words Rolling Stone. The groupie offered Curtis the joint. He accepted it… A Star is Born: Read our Review of Songs in Ursa Major by Emma Brodie 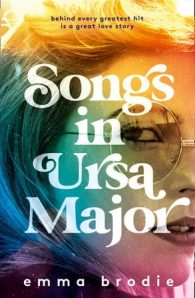 THE SUMMER OF 1969. From the moment Jane Quinn steps barefoot onto the main stage at Island Folk festival, her golden hair glinting, her voice soaring into the summer dusk, a star is born – and so is a passionate love story. Jane’s band hits the road with none other than Jesse Reid, the musician whose bright blue eyes are setting hearts alight everywhere. And as the summer streaks by in a haze of crowds, wild nights and magenta sunsets, Jane is pulled into the orbit of Jesse’s star. But Jesse’s rise could mean Jane’s fall. And when she discovers a dark secret beneath his music, she picks up her guitar and writes her heartache into the album that could make or break her: Songs in Ursa Major. Set against the heady haze of the 70s and alive with music, sex and sun-soaked hedonism, SONGS IN URSA MAJOR is an unforgettable debut and the soundtrack to a love story like no other. 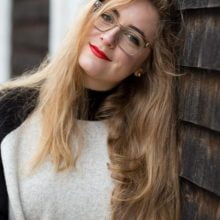 Emma Brodie is an Executive Editor at Little Brown’s Voracious imprint. In her ten years in book publishing, she’s worked at Trident Media Group, William Morrow, and Clarkson Potter, where she authored over twenty gift books and games. Emma is a longtime contributor to HuffPost and a faculty member at Catapult, Co. Songs in Ursa Major is her debut novel. 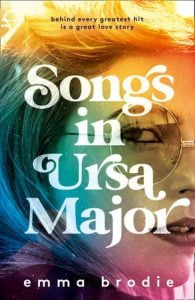