Heartfelt and Enchanting: Read a Sample Chapter of A Room Called Earth by Madeleine Ryan I tried putting chopsticks from the kitchen drawer in my hair and it felt like it was overdoing things a bit, so I put them back. I even considered painting the chopsticks black because they were brown, and black would have suited my outfit better.

Yet the fact that I considered painting them at all caused me to be embarrassed at myself, so I decided to ditch accessories that were at one time used to stuff pad thai into someone’s face. Painted or not, you can’t change the reality of what chopsticks are or the main way that they’ve been used for, like, centuries. Eons, even. So let a chopstick be a chopstick, and my hair can be what it is, too.

I’ve fantasised for days about wearing this kimono and these shoes and tonight is the night. The shoes are high and patent and black and shiny, and the kimono is red and silky with sleeves like wings. I guess the sleeves are a part of a traditional style, or whatever. It’s just that my only association with them is that they’re like wings. I don’t know why they’re so wide, or if that has some kind of practical aspect to it, and, you know, who cares.

I’ve put a tight black spandex skirt underneath for modesty. Well, it’s a half-hearted gesture in the direction of modesty. I’m not wearing underwear of any kind because that would be ridiculous.

The people who are going to see this outfit and me in it are both known and unknown to me. I mean, I’ve been invited to this party. Like, I’m legitimately allowed to be there. It’s just that my self-image is in no way going to be constrained by knowing too many people in attendance. I won’t be readily identifiable to the majority of the crowd, so who and what I am can remain undefined, and expansive…

Better Reading acknowledges the support provided by Copyright Agency for us to promote A Room Called Earth. One Life-Changing Night: Read our Review of A Room Called Earth by Madeleine Ryan 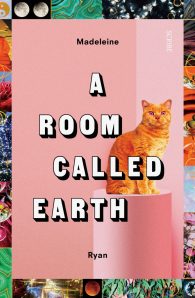 A brilliant debut from a neurodiverse author that explores a young woman's magical, sensitive, and passionate inner world. A young woman gets ready to go to a party. She arrives, feels overwhelmed, leaves, and then returns. Minutely attuned to the people who come into her view, and alternating between alienation and profound connection, she is hilarious, self-aware, sometimes acerbic, and always honest. And by the end of the night, she’s shown us something radical about love, loss, and the need to belong. 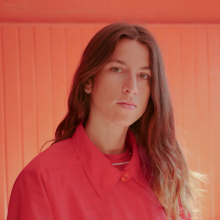 Madeleine Ryan is an Australian writer, director, and actor. She’s been widely published in Australia and overseas, including in The New York Times, Lenny Letter, Bustle, The Age, The Daily Telegraph, Vice, SBS, and The Sydney Morning Herald. She currently lives in rural Victoria. 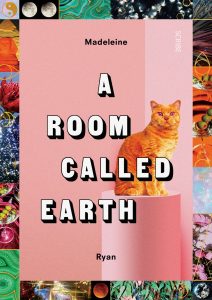