The Beautiful Fall tells the story of Robbie, a young man with recurring amnesia, as he counts down the last twelve days before the ‘forgetting’. This is the moment when he loses his memories and his whole life resets once again, just as it has three times before. Robbie maintains a solitary, regimented life, desperate to ensure that something of himself survives the event, and that he remains in control of himself and future. But into his carefully crafted world comes a beautiful stranger, Julie, and Robbie begins to fall in love, even as his final days count down.

I hope readers come away with a renewed fascination for the ways that love, trust, memory and autonomy intertwine in our own lives. Robbie is fighting to hold on to who he is and the control he has over his life: his autonomy. Robbie’s condition—of recurring amnesia – presents a standing threat to that need for control. But as the days count down to his next memory loss, he meets Julie and begins to develop feelings for her. This carries its own threats to autonomy—forcing him to confront how far he should trust Julie, and how far he should trust himself.

I also hope readers enjoy unravelling the puzzles that surround Robbie’s life. While The Beautiful Fall is very much a love story, it’s also partly a mystery novel. When Robbie begins his journey, he takes everything in his life as given. But when he starts to learn about fragments of his past, the more each piece of his world becomes a clue imbued with meaning – and it leads to places he could never suspect.

The initial draft was completed twenty-five long years ago! While many of the story’s core ideas were there, at that point I didn’t really have the writing craft to do them justice. The story explores many philosophical themes, and around that time I became increasingly interested in pursuing a scholarly career in philosophy. This endeavour saw the manuscript confined to a dusty drawer as I wrote my doctoral dissertation. Fortunately for me, my wife, Kylie Scott, started prioritising her own fiction writing during this period, eventually becoming a multiple New York Times bestseller. Inevitably, I was enrolled as critique partner, copy-editor and occasional thesaurus. Learning a bit by osmosis, and more directly by tagging along on Kylie’s trips to creative writing courses and seminars, I began to wonder if I was finally able to properly tell this story that had been playing in my mind for so many years. A few years ago, I decided to rewrite it from scratch, and now, countless edits later, it’s finally coming out!

The best advice I ever received on writing was not to try writing a first draft. A first draft is way too hard a task for a new writer to attempt! Instead, just tell yourself you’re writing a proto-draft, something that might eventually, with sufficient reworking, become a first draft. I found this helpful advice because any time I was struggling, I could forge on because it was only a proto-draft. It didn’t need to be perfect. It didn’t even need to be adequate. It just needed to be a start.

I’m a professional philosopher, so philosophical writings from writers like Aristotle, John Locke and Nietzsche influenced me greatly. Given the theme of the book, I was particularly interested in what’s called the ‘memory-identity question’, which explores how much we are constituted by our memories. But writing fiction is very different from writing philosophy. In the latter, it’s enough if the idea is interesting and well-argued. But in fiction, it has to be something else again: it has to be dramatic!

So, I put a lot of work into thinking through how the fascinating insights of philosophy could be converted into difficult dilemmas or urgent stakes for the characters. For example, I was interested in the ways that personal identity is more than memory because these could be realisations and pursuits that drive the main character forward in his desperate attempts to survive his upcoming loss of memory. A Cinematic, Page-Turning Romance: Bookclub Notes for The Beautiful Fall by Hugh Breakey 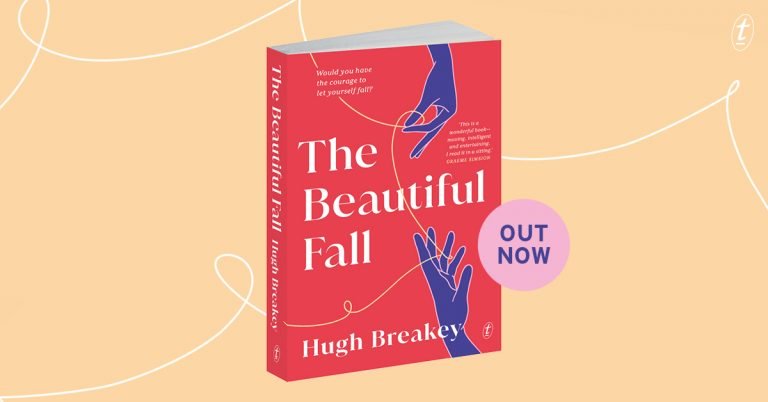 When Love and Memory Loss Collide: Read our Review of The Beautiful Fall by Hugh Breakey 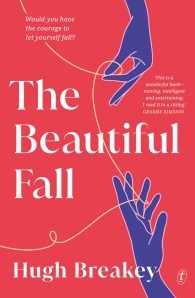 Every 179 days Robbie forgets everything. He knows this because last time it happened he wrote himself a letter explaining it. The disorientation. The fear. The bizarre circumstances imposed by the rare neurological condition he lives with. To survive the forgetting—to cope with his recurring loss of identity—Robbie leads a solitary, regimented life. Lives alone. Speaks to no one if he can avoid it. Works to complete a strange herculean task set for him by his former self. And then, with twelve days left before his next forgetting, Julie invades his life. Young, beautiful—the only woman he can ever remember meeting. As the hour draws near, Robbie is forced to confront the fact that his past is very different from how he had imagined it. And when Julie reveals her own terrible secret, he must find a way to come to terms with the truth about himself. 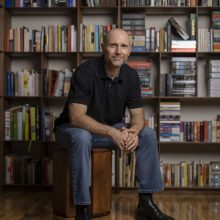 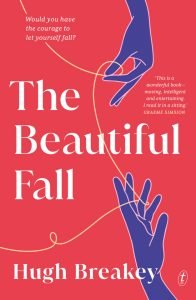