No One to Trust, Not Even Yourself: Read our Review of Double Deal by John M. Green As the ice melts in the Arctic, climate change spurs a new Cold War, and the world’s superpowers race to snatch control of the region’s vast resources. Meanwhile Endz of the Earth, fanatical eco-terrorists, conspire to stop them all.

In top-secret talks in Barcelona, Dr Tori Swyft, ex-spy and Greenland’s key adviser seals a stunning deal with China. The following morning, she wakes beside two dead bodies … Greenland’s prime minister and China’s chief negotiator. But she has no memory of what happened.

A man Tori knows only as The Voice phones her, taunting her and revealing a horrific video in which Tori is responsible for the murders. But how?

With the police knocking at her door, Tori is forced to go on the run in a city that’s currently in lockdown. When Endz of the Earth take drastic action, Tori finds herself in a race against time to find The Voice, prove her innocence, and stop Endz of the Earth before it’s too late.

John M. Green, author of Born to Run and Nowhere Man, is back with Double Deal, the third instalment in his gripping Tori Swyft series. With political intrigue, a kick-ass protagonist, and an underlying climate catastrophe, this is Green at his very best.

While Double Deal is the third entry in the series, it can certainly be read as a standalone. Green has put his protagonist Dr. Tori Swyft through hell in his previous novels, and Double Deal is no exception. The action starts from the get-go as Tori wakes up to a gruesome crime that she herself might have committed. Relying on her ex-spy skills, she sets off to prove her innocence. From here on out, Green’s lightning-fast pace takes readers on an action-packed journey where the list of people Tori can trust gets smaller and smaller.

Green’s character-work is phenomenal. In Tori, he has created a complex and intriguing protagonist. Her no-nonsense attitude and impressive skill set rival that of even Jason Borne. Even when the odds are stacked against her, Tori always manages to find her way out of a sticky situation. Every scene felt like a blockbuster movie.

For me, the politics was the most intriguing part of the story. Tori strikes a climate deal with Beijing, leaving the US and Russia blindsided. Green handles these political nuances spectacularly, making for an utterly gripping read.

Double Deal is the perfect addition to Green’s Tori Swyft series, giving the real-world climate catastrophe an action-packed spin. With unforgettable characters and enough twists and turns to leave you dizzy, Green has shown he still has plenty left in store for Tori. An Action-Packed Thrill-Ride: Read an Extract from Double Deal by John M. Green 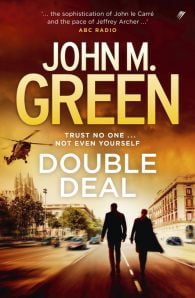 You can run from a killer – unless the killer is you … In top-secret talks in Barcelona, ex-spy Dr Tori Swyft seals a landmark deal over the Arctic that sends Washington DC and Moscow reeling. The next morning, she wakes beside two dead bodies … A nameless voice phones her, taunting her and revealing a shocking video that shows Tori as the murderer. Yet she has no memory of what happened. With Spanish police converging at her door, Tori flees, in a race against time to find The Voice and prove her innocence – before it’s too late. 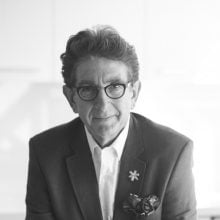 Author of Born to Run, Nowhere Man and the Tori Swyft series. When it dawned on John that what got him up in the morning was writing, not his day job, he quit the job. That was after 30 years in executive life. He was then an executive director in a leading investment bank. Earlier, he’d been a partner in 2 major law firms, and a director of a publishing house. John's also a well-known business writer and commentator. His pieces have appeared in a variety of Australian and overseas publications including: ABC Drum Online, Company Director, Business Spectator, The Australian, The Australian Financial Review, The Age, The Bulletin, and the UK’s Financial Times. As well as writing, John's on the governing council of the National Library of Australia, is a board member of two stock-exchange-listed corporations and not-for-profits, as well as a co-founder of Pantera Press. He lives in Sydney with his wife, a sculptor. 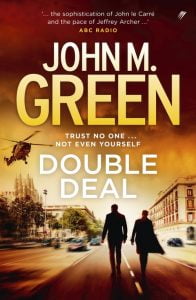