A Bestselling Series: Read Our Review of the Heartstopper series by Alice Oseman Originally a webcomic on Tumblr and Tapas, Heartstopper has amassed an enormous online fanbase with over 52.1 million views to date. By Alice Oseman, winner of the YA Book Prize, the first two volumes in the Heartstopper series inspired an outpouring of love when they were first published in 2019, with one million print copies sold worldwide to date. Since then, Oseman has published two more volumes, a colouring book and it’s also been adapted as a live-action Netflix series!

This new edition is the TV tie-in edition of the first volume of the series. It includes Oseman’s artwork and photographs showing characters from the Netflix show, and also contains exclusive pages from Oseman’s original TV scripts.

So what’s the Heartstopper series all about? Volume one follows two teenage boys: Charlie, a highly-strung, openly gay over-thinker, and Nick, a cheerful, soft-hearted rugby player.

Charlie and Nick are at the same school, but they’ve never met… until one day when they’re made to sit together. They quickly become friends, and soon Charlie is falling hard for Nick, even though he doesn’t think he has a chance. But love works in surprising ways, and Nick is more interested in Charlie than either of them realised.

Diversity and representation are such important themes in literature, especially in kids and YA books. Heartstopper firmly takes a spot in the long list of game-changing queer fiction. Navigating the ups and downs of first love, friendships, coming out, and mental health, I admired how positively Oseman portrays Charlie and Nick, celebrating the hopeful love between them and their tight-knit group of friends. The series encompasses all the small stories of Nick and Charlie’s lives that together makeup something larger, which speaks to all of us.

Heartstopper is beautifully framed by a warm cast of protagonists and supporting characters. It’s a standout YA romance that will ignite feelings of hope, joy and love. Oseman’s use of the graphic novel format works perfectly for YA readers and teenagers aged 13+, allowing you to seamlessly fly through each story in the series. Nick and Charlie’s story will hold a special place in my heart and I think Heartstopper might be my favourite YA romance of the year. 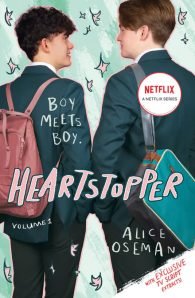 For ages 13+Charlie and Nick are at the same school, but they've never met ... until one day when they're made to sit together. They quickly become friends, and soon Charlie is falling hard for Nick, even though he doesn't think he has a chance.But love works in surprising ways, and Nick is more interested in Charlie than either of them realised.By Alice Oseman, winner of the YA Book Prize, Heartstopper is about love, friendship, loyalty and mental illness. It encompasses all the small stories of Nick and Charlie's lives that together make up something larger, which speaks to all of us. 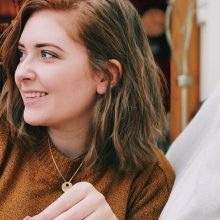 Alice Oseman was born in 1994 in Kent. She secured her first publishing deal at 17 and has gone on to write three YA novels. She is now a full-time writer and illustrator. She can usually be found staring aimlessly at computer screens, questioning the meaninglessness of existence, or doing anything she can to avoid getting an office job. 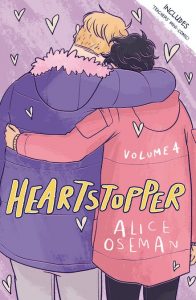 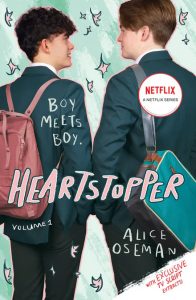 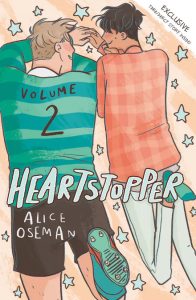 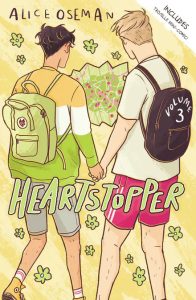 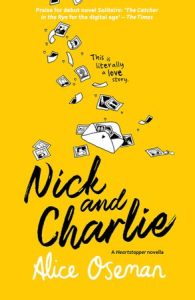 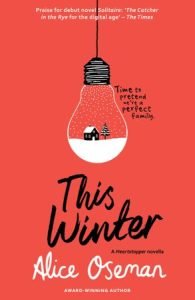 This Winter: A Heartstopper Novella 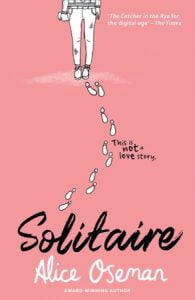