Addictive, Gripping, Compulsive: Read our Review of The Push by Ashley Audrain The women in this family, we’re different…

Violet is her first child, and Blythe is determined to give her daughter all the love she deserves. All the love that her own mother withheld.

But firstborns are never easy. And Violet is demanding and fretful. She never smiles – at least, not a Blythe. Soon Blythe believes she can do no right – that something’s very wrong. Either with her daughter, or herself.

Or is it all in Blythe’s head? Her husband, Fox, says she’s imagining it. But Violet’s different with him. And coming from a happy, loving family he can’t understand what Blythe suffered as a child from her own mother. No one can.

Then their son Sam is born – and with him, Blythe has the bond she’d always wanted with her child. Even Violet seems to love her little brother. But when life as they know it is changed in an instant, the devastating fall-out forces Blythe to face the truth.

Blythe wants to be a good mother. But what if that’s not enough for Violet? Or her marriage? What if she can’t see the darkness coming?

Mother and daughter. Angel or monster? We don’t get to choose our inheritance – or who we are…

Sold in thirty-four territories globally, Ashley Audrain’s debut novel, The Push, is an addictive, gripping and compulsive psychological page-turner that asks what happens when women are not believed – and what if motherhood isn’t everything you hoped for but everything you always feared?

The novel predominately follows Blythe’s marriage, and her inability to bond with her daughter. However, Audrain adds an extra dimension to the story by exploring, through a series of disturbing flashbacks, Blythe’s toxic relationship with her mother, Cecilia, and Cecilia’s relationship with Blythe’s grandmother, Etta. This cycle of abuse, passed on from mother to daughter, allows readers to empathise for the otherwise unlikable Blythe, and goes a great way to explain why each of these women behaved the way they did.

As the novel progressed a number of unsettling questions began to form in my mind: is there really something wrong with Violet? Or is Blythe an unreliable narrator who is unable to connect with her daughter due to her toxic relationship with her own mother? And is Fox a lovable, doting father? Or a manipulative husband gaslighting his wife? Audrain plays with the reader here, keeping them guessing from beginning to end.

Dark, suspenseful and utterly original, The Push is an intense psychological drama that offers readers a searingly honest look at motherhood. A tremendous debut from Ashley Audrain. Your Preview Verdict: The Push by Ashley Audrain Suspenseful Psychological Drama: Read an Extract of The Push by Ashley Audrain 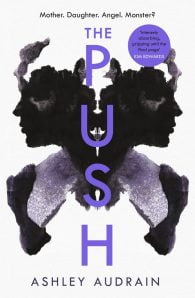 What happens when your experience of motherhood is nothing at all what you hoped for, but everything you always feared? 'The women in this family, we're different...' The arrival of baby Violet was meant to be the happiest day of my life. It was meant to be a fresh start. But as soon as I held her in my arms I knew something wasn't right. I have always known that the women in my family aren't meant to be mothers. My husband Fox says I'm imagining it. He tells me I'm nothing like my own mother, and that Violet is the sweetest child. But she's different with me. Something feels very wrong. Is it her? Or is it me? Is she the monster? Or am I?

ASHLEY AUDRAIN previously worked as the publicity director of Penguin Books Canada. Prior to Penguin, she worked in public relations. She lives in Toronto, where she and her partner are raising their two young children. The Push is her first novel. 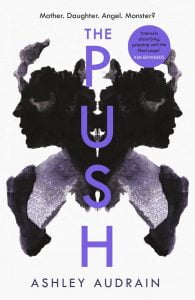