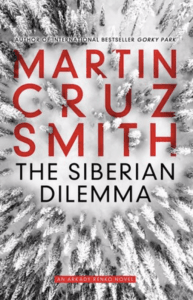 left on a case over a month ago. They were meant to meet at a train station, but Tatiana never got off the train. Renko is worried – but no one else thinks he should be. Tatiana is known to delve deep into her assignments, disappearing off the grid to be completely involved in a case. But Renko knows Tatiana’s enemies. He knows them all too well and knows the lengths they will go to silence her from sharing her findings. When Renko has the opportunity to interrogate a suspected assassin in Irkutsk, he starts what will be a dangerous voyage to Siberia to find Tatiana, keep her safe and bring her back.

Siberia is a brutal place. It’s a place of shamans and dangerous, freezing nights, forests full of bears and lakes that hold mythical sea monsters. It is home to the greedy oil oligarchs, wealthy and willing to do whatever it takes to keep their empires. This is what Renko finds pitted against him as he tries to save Tatiana. He will need all of his wits, and perhaps some Siberian wisdom, to get them both out of this alive.

Martin Cruz Smith writes taut, breath-taking thrillers, and this newest addition is just the same. The Siberian Dilemma is book 9 in the Arkady Renko series of books, but is written in a way that a newcomer to the series – like myself – is able to understand what is happening at every point. Smith is a master of story, with the tension building with each bit of information that is gleaned from the characters. He holds your attention and the pages blur as you try to read faster to find out the next step in the precarious game Renko and Tatiana are playing.

If you’re a Renko fan, you will be delighted with this next addition to the list. But even if you’re not a fan yet, you will be after reading this gripping and utterly thrilling novel. Be prepared to read this in one sitting – you won’t want to put it down at all, not even to grab a cup of tea or a snack. Dangerous, dynamic and completely engaging, The Siberian Dilemma is one book you won’t forget quickly.

Buy a copy of The Siberian Dilemma here

Martin Cruz Smith is the bestselling author of thirteen novels, including the Arkady Renko thrillers: Gorky Park, Polar Star, Red Square, Havana Bay, Wolves Eat Dogs, Stalin’s Ghost and Three Stations. A recipient of the CWA Gold Dagger award for fiction in the UK, he is also two-time winner of the Hammett Prize in the United States. He lives in northern California with his wife and three children. 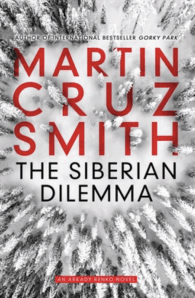 From the internationally bestselling author of Gorky Park comes a new Arkady Renko story set against the harsh and forbidding landscape of Siberia. Renko must fight against his own demons, as well as the larger global threat posed by Russian spies.

Martin Cruz Smith is the bestselling author of thirteen novels, including the Arkady Renko thrillers: Gorky Park, Polar Star, Red Square, Havana Bay, Wolves Eat Dogs, Stalin's Ghost and Three Stations. A recipient of the CWA Gold Dagger award for fiction in the UK, he is also two-time winner of the Hammett Prize in the United States. He lives in northern California with his wife and three children. 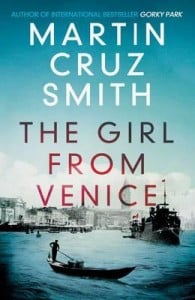